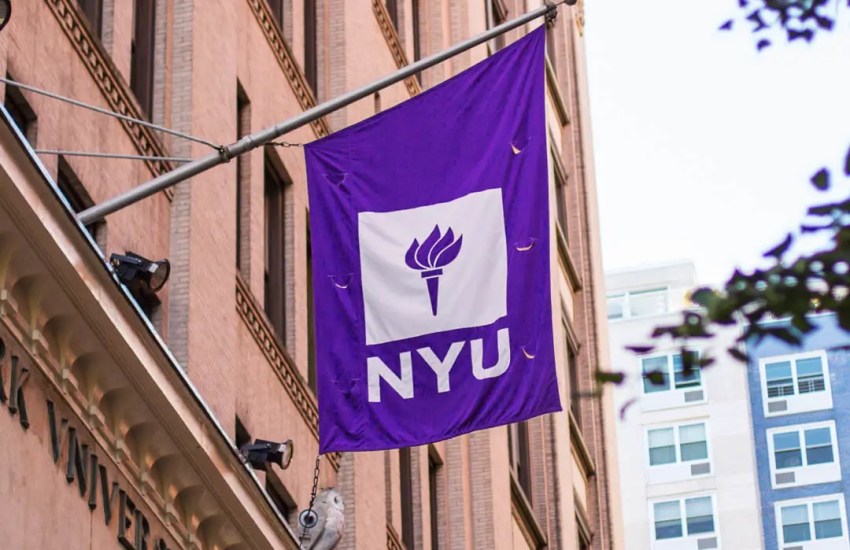 NYU is a New York City-based private research university. The New York State Legislature established it in 1831, and it continues to this day. NYU was created by a group of New Yorkers led by Albert Gallatin, the former Secretary of the Treasury.

The first non-denominational all-male institution opened near City Hall in 1832, with a secular education as its goal. In 1833, the institution relocated to Greenwich Village, near Washington Square Park, and has since maintained its primary campus there. Since then, the institution has expanded to include an engineering school at Brooklyn’s MetroTech Center as well as graduate programs across Manhattan. In 2019, NYU became the country’s largest private institution by enrollment, with 51,848 students enrolled, including 26,733 undergraduates and 25,115 graduate students. NYU also receives the most applications of any private university in the country, and admittance is extremely competitive.

What Is NYU Transfer Acceptance Rate?

The acceptance rate for transfer students at NYU is 24.63%. And this shows how difficult it is to transfer to New York University, with just 25 out of every 100 transfer applications being accepted.

There are several advantages of transferring to New York University. Perhaps you’ve always intended to start at a community college and then transfer to a four-year university to save money while completing your degree.

You’re already enrolled at another institution or university, so you already know that the people and community are the most important components of your college experience, regardless of why you’re transferring. You will be the happiest person at any college if you are willing to work hard and be open to new options.

Tuition and fees for NYU students vary depending on their major or program, the school or institution in which they are matriculated, their admission term, and the number of credit hours taken during the Fall, Spring, and Summer semesters.

Tuition for the January Term is determined by the school that offers the course. To find out how much your tuition and fees will be, use the tuition look-up tool below.

Tuition and obligatory costs are determined regardless of the type of instruction and will not be repaid if instruction takes place remotely for any part of the Academic Year.

Depending on your program, expect to pay between $54,000 to $70,000 per year. Please contact the school and get the exact amount for your program.

NYU is one of the greatest universities in the world, ranked 46th in the QS World University Rankings® 2016-2017, and its graduates are highly sought after by employers, as evidenced by NYU’s strong performance in the Graduate Employability Rankings 2017.

Other Top Universities In New York

Columbia University is located in Manhattan’s Upper West Side, near the northern end of Central Park and right off Broadway, the street that lends the city’s famous theatre sector its name. It has the third-largest foreign student population of any US university, with 36 percent of its 33,032 students hailing from outside the country. It also has a varied faculty (nearly 4,200 academic staff) and the third-largest international student population of any US university.

Cornell University’s main campus is in Ithaca, about 200 miles north of New York City, but the university has a significant presence in the city. Its medical campus is located on Manhattan’s Upper East Side, and the institution launched the innovative ‘Cornell Tech’ engineering campus on Roosevelt Island in September 2017, producing 28,000 jobs. The financial engineering and architecture schools at Cornell University are both located in Manhattan.

Fordham University considers itself the Jesuit University of New York and specializes in liberal arts, sciences, and business. It is ranked 121-130 in the QS World University Rankings: USA 2021. Fordham University has ten colleges, four for undergraduates and six for graduate students. With two main campuses in New York City – Rose Hill in the Bronx and Lincoln Center in Manhattan – and a considerably smaller campus in West Harrison, roughly 25 miles north of Manhattan, these enrol around 15,000 students in total.

This year, Baruch College is ranked 151-160 in the USA rankings, tied for sixth place in New York City. The school boasts more than 19,500 students from 168 countries, making it one of the most ethnically diverse student groups in the United States. Baruch College is at a great position, close to Midtown, Wall Street, and many worldwide firms’ global headquarters, making it easier for students to secure internships in the city.

CUNY Hunter College is in joint sixth place in NYC and ranks 151-160. Hunter College, in Manhattan, has roughly 23,000 students and is located in the heart of New York City.

Pace University is ranked 161-170 in the United States. Pace University began as a single-room accounting school in 1906 and has subsequently expanded to three locations in New York City and Westchester County. Around 13,000 students are enrolled in over 150 majors and programs at the university. Pace University emphasizes the liberal arts and sciences, with a concentration on theory and practice.

Yeshiva University, which is ranked 161-170 in the United States, is another of New York’s top research universities. The Yeshiva University Museum, which explores Jewish life through art, architecture, and history, was formed over 100 years ago with the goal of merging Jewish traditions and culture with Western heritage. Yeshiva University’s main campus is in the Washington Heights neighborhood of Upper Manhattan, with campuses and facilities throughout Manhattan, the Bronx, and Queens boroughs (as well as in Israel).

In our ranking of the best colleges in New York City, CUNY Queens College is ranked ninth. It is located in the United States of America, between 191-200. There are over 18,500 students from over 170 nations enrolled there.

The CUNY Queens College campus is approximately 80 acres in size, with some teaching taking place in New York City off-campus. Only about 500 students live on campus, therefore the majority of them travel. CUNY takes pride in its strong ties to the city’s neighborhoods, offering a network of internship and fellowship programs across the five boroughs to help students expand their academic experience.

The City College of New York was the first CUNY college, founded in 1847. It has eight schools and departments, each dedicated to the growth of knowledge and research. It provides over 115 undergraduate and postgraduate programs. The polio vaccine was found by City College of New York alumni, who also helped build the internet and planned the Panama Canal. They’ve gone on to become Supreme Court Justices, Secretaries of State, and Academy Award-winning performers and musicians.