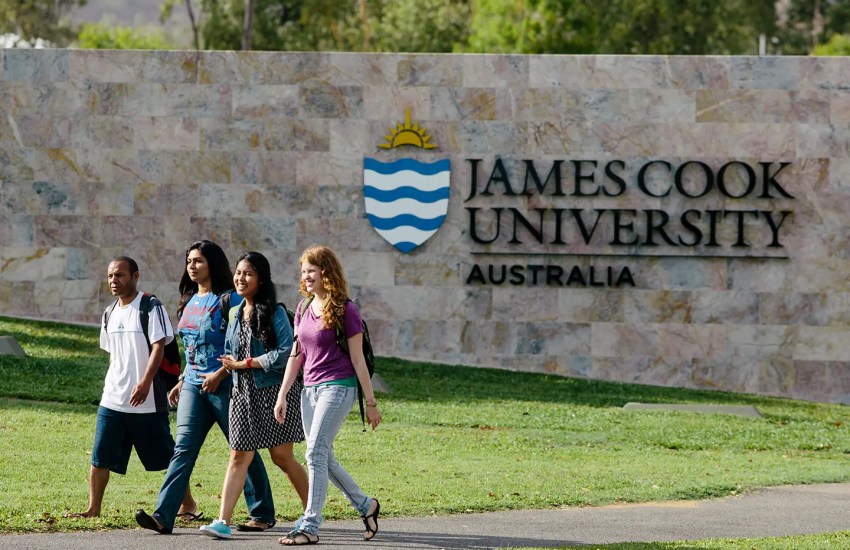 Today, in this guide we shall be considering James Cook University ranking. We will not only focus on it’s ranking but other important information you need to know about this university like the tuition fees, requirements etc. Let’s start with a brief overview of the university.

James Cook University (JCU) is an Australian public university located in North Queensland. JCU is Queensland’s second-oldest university and a teaching and research institution. The primary campuses of the university are in the tropical cities of Cairns and Townsville, as well as one in the city-state of Singapore. Mount Isa, Mackay, Thursday Island, and Rockhampton all have JCU study centres.

Russo Higher Education operates a campus in Brisbane that offers undergraduate and postgraduate degrees to international and domestic students. Environmental sciences, biological sciences, mathematical sciences, earth sciences, agricultural and veterinary sciences, technology, and medical and health sciences are among the university’s core research areas. JCU has a student population of 17,001 in 2021, with 4,289 international students.

The university’s newly created School of Medicine welcomed its first medical students in 2001. In 2006, the institution offered its first undergraduate veterinary degree, and in 2009, the Bachelor of Dental Surgery program began.

JCU Singapore was the first private education school in Singapore to get the EduTrust Star quality mark from the Singapore government in 2015.

In the Times Higher Education (THE) Best Young Universities in the World, JCU was rated 29th among the world’s universities for students aged 50 and under in 2020. The 2021 Good Universities Guide gave JCU five stars for full-time employment, skill development, student support, learner engagement, and social fairness.

JCU research was ranked world-class or higher in 83 percent of research fields reviewed in the Commonwealth Government’s Excellence in Research for Australia 2018 National Report, up from 78 percent in 2015. This included receiving the highest possible classification of considerably above world level in eight research fields and world standard in another thirty.

The tuition fees charged by JCU is affordable compared  to other universities in Australia. For domestic students, JCU charges AUD$16,000 and charges around AUD$20,000 per year for international students. You will be required to provide a proof of funds showing you can afford to pay your fees and living expenses during visa processing.

Although JCU does not provide financial aid or scholarships to Study Abroad students, students from certain countries may be able to use government funds in Australia. Students from the United States, for example, may be allowed to use their federal financial aid to study abroad at JCU. The home school, not JCU, is responsible for assessing and processing federal aid applications for study abroad programs.

Students from other countries should check with their home school/study abroad agent/representative to see if they are qualified to use government-funded financial aid abroad.

If you want a completely independent lifestyle, then living off-campus is the way to go! International and domestic students wishing to enter the rental market for the first time should be aware of these rental tips and tactics prior to arriving in Cairns or Townsville, Australia.

It is strongly advised that international students planning to live off-campus arrive at least one week before JCU Orientation to examine apartments before signing a lease. Prior to O-week, short-term housing is available on campus, and the accommodation office and the international assistance team can assist you in finding suitable long-term housing.

While shared housing is a terrific option to living alone, it may be challenging. When it comes to your lodging arrangements, you must know exactly what you want. When considering sharing housing, there are a few crucial factors to consider.

How To Apply For Admission at JCU

Applying for admission into JCU is easy. All you have to do is apply online through the university’s portal. Ensure you’ve checked the requirements for your program before you start the application. Also check the deadlines as well. Once you have submitted your online application, the admissions team will go through it and issue you an admission letter. Click here to learn more about admissions at JCU.

Other Top Universities In Australia

The University of Sydney is Australia’s second-best university, placing 40th globally, after advancing two places this year. It receives ideal scores in the indicators of international faculty and foreign students. The Institution of Sydney, Australia’s first university, was established in 1850 and is a member of the Group of Eight.

This year, the University of Melbourne falls three places in the international rankings, to 41st. It is the highest ranked Australian university for both academic and employer reputation, and is in the world top 30 for both. It is a member of the Group of Eight. International students account for 42 percent of the university’s student population, with students hailing from over 130 countries.

The University of Queensland (UQ) has moved up one spot to 46th this year. Two Nobel laureates, Peter C. Dogerty and John Harsanyi; Academy Award winner Geoffrey Rush; and luminaries in government, law, science, public service, and the arts are among the university’s graduates. UQ researchers have been behind a number of recent breakthroughs, including the cervical cancer vaccine.

Monash University moves up three spots to 55th rank this year. It is ranked 43rd in the world for academic reputation and has a perfect score in the foreign students indicator. Monash University is primarily based in Melbourne, however it includes five campuses around Victoria, as well as two international campuses in Malaysia and South Africa.

The University of Technology Sydney (UTS) has climbed seven places in the international university rankings this year, to joint 133rd. UTS ranks 67th, 78th, and 85th in the citations per faculty, international students, and employer reputation indicators, respectively.

UTS was founded in 1988 and is one of Australia’s newest elite universities. Their goal is to expand knowledge through partnering with industry, professions, and the community to provide research-inspired lessons.

The University of Wollongong, which has risen 16 places to 196th in the world, has entered the Australian top 10 for the first time this year. The university ranks 75th in the world for citations per faculty, indicating that its research output is of excellent quality.

The University of Wollongong was formed in 1975 with the help of community donations. Since then, the institution has worked in collaboration with its communities to make a difference in the Illawarra region and to address the region’s economic, environmental, social, and medical concerns.