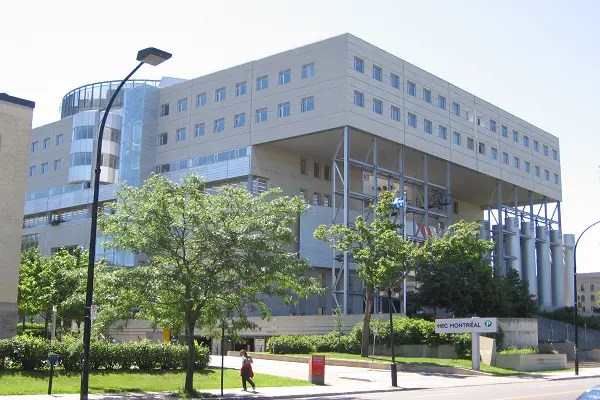 The Université de Montréal is a public research university in Montreal, Quebec, Canada, that is taught in French. The main campus of the institution is located on the northern slope of Mount Royal, in the Outremont and Côte-des-Neiges neighborhoods. The Polytechnique Montréal (School of Engineering; originally the École Polytechnique de Montréal) and HEC Montréal are two affiliated schools with thirteen faculties, over sixty departments, and two affiliated schools (School of Business). It has over 650 undergraduate and graduate programs to choose from, including 71 PhD programs.

The institution has 34,335 undergraduate and 11,925 post-graduate students and is co-educational (excluding affiliated schools). Alumni and former students can be found all around Canada and the world, with famous alumni working in government, academia, and industry.

The University of Montreal acceptance rate is put at 40 to 50%, which means that 5 out of 10 people who apply for admission are accepted into the university. To stand a chance of getting admission into University of Montreal, we advise that you apply with all required documents that will boost your chances or give you an edge over other applicants.

Why Study at University Of  Montreal

Aside from the statistical rankings and building structure, there is a vibrant student life in the vicinity, as well as the active cities. To summarize, the UdeM provides the tranquility of a conventional campus while nevertheless being located in the heart of a bustling city.

Aside from its distinctive location, the university has a long history of research in a variety of subjects. There are notable programs in a variety of fields, including law, medicine, pharmacy, pure sciences, and humanities. Professors and invited guests give weekly public lectures in many departments.

Many academic and career-related activities are hosted by student organizations, so you’ll have plenty of opportunity to expand your knowledge. There is a sizable international student population, particularly from France.

In addition, Montreal is a fascinating city. There are wonderful cafés and dives in every section. There are events all year to keep the mind and soul occupied.
Montreal is a multilingual, multicultural city where you may find fresh ways to be entertained around every turn. In conclusion, the University of Montreal is a true academic powerhouse.

The Université de Montréal’s Faculty of Medicine, an internationally known institution and one of the university’s founding colleges, has the threefold purpose of education, research, and health improvement in the areas of clinical sciences, basic sciences, and health sciences.

It has literally accompanied the evolution of contemporary Québec over the course of its 170-year history. More than 6000 students are served by 15 departments, two schools, and more than 700 teachers (excluding clinical professors).

A third of Québec’s physicians and a substantial number of health workers have received their education at the Faculty of Medicine. It also recently helped to the establishment of a public health school at the Université de Montréal. The Faculty of Medicine plays a significant social role through its broad health network and the major duties it has been allocated by the government of Québec in terms of health care.

After considering University of Montreal acceptance rate, we now want to take a look at some of the top universities in Canada with their rankings.

The University of Toronto is once again the best university in Canada, ranking joint 25th in the world. The university climbed four places in this year’s rankings and received strong marks across the board, particularly in terms of academic reputation, where it is ranked 15th in the world.

McGill University, which is located in Montreal, has climbed four places in the rankings to equal 31st place in Canada this year. McGill University has 12 Nobel Laureates and 145 Rhodes Scholars among its alumni, including Justin Trudeau, Canada’s current Prime Minister.

The University of Waterloo has risen seven places in the international rankings this year, but is still ranked seventh in Canada. In 2021, the University of Waterloo is ranked joint 166th in the globe, with a strong showing in the employer reputation index, where it is ranked 85th. The institution, which was founded in 1956 and has three campuses, is a member of the prominent U15 research consortium.

This year, Western University moves up eight places in the world university rankings, to joint 203rd. Western University, one of Canada’s premier research universities, was founded in 1878 and now boasts over 38,000 students from 121 countries. Citations per faculty and employer reputation metrics show that the university is doing well.

Queen’s University, in Kingston, Ontario, is ranked 9th in Canada this year, having dropped seven places in the international rankings to equal 246th. In the employer reputation indicator, the university is ranked 99th in the world. 91 percent of Queen’s University graduates are hired within six months of graduation, despite the fact that the university has over 24,000 students.