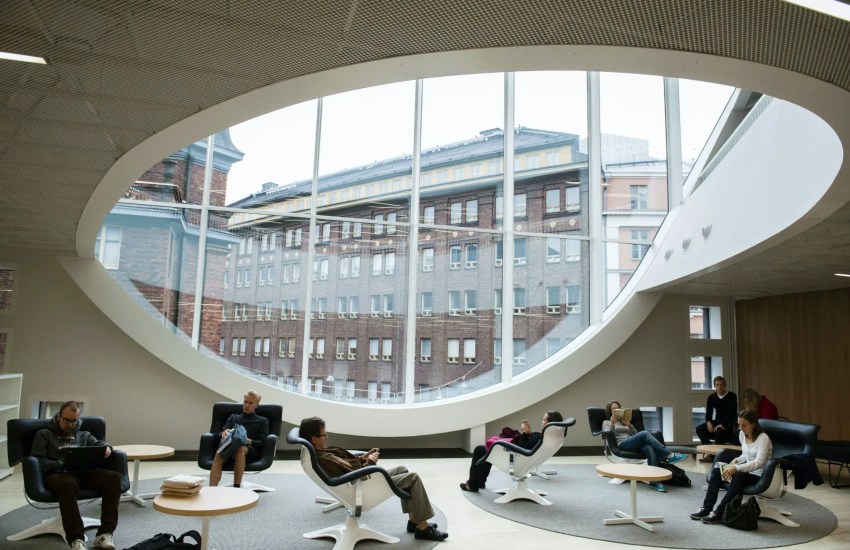 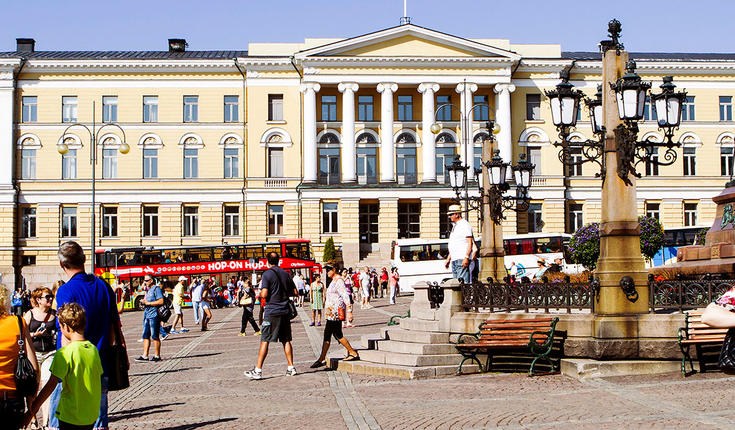 The University of Helsinki was founded in 1640 as the Royal Academy of Abo which was at that time part of the Swedish empire. However, it became a full-fledged university in 1829 and according to statistics released by the institution, the university comprises over 40,000 students and is made up of over 4000 academic, administrative, and support staff.

It can admit a large number of students every year and has the academic staff to take care of their academic and learning needs. The University of Helsinki offers its students a good academic system, top-not curricular, and good life bequeathed to the residents of the city.

The first predecessor of the University of Helsinki was the Cathedral School of Abo which was said to be founded in 1226 to educate boys to become servants in the cathedral. The Cathedral School of Abo later became the Royal Academy of Abo in 1640 and was at that time part of the Swedish empire; however, it became a full-fledged university in 1829.

Life in the City

Helsinki is the capital of Finland and by default is one of the most planned, secured, and safest cities in the country. Again, the University of Helsinki is one of the foremost universities in the Country and the frontrunner in scientific and non-scientific researches. Finland is bordered by Sweden, Russia, and Norway; hence, we can say that it is perhaps the center of northern Europe. Helsinki is again, the famed home of the 18th-century sea fortress Suomenlinna.

It is also renowned for housing diverse museums and fashionably designed districts in Finland and the whole of Europe. It is a tourist destination and even though life in this city could be pricey, it still does attract tons of tourists yearly.

The university comprises four campuses located in different parts of the city and they are; the city center Campus, Kumpula Campus, Meilahti Campus, and Viikki Campus. Before now, the entire university was hosted on a single campus but due to the rapid growth it has experience for about a century now, premises have been acquired in other parts of the city to accommodate the teeming population of teachers and academic staff of the school.

If you are looking at studying in an international and a leading University in research, humanities, and other interesting courses of study as well as a university that has the combination of an amazing educational system with a quality life. Why not consider studying at this university?

It offers good studies and a great life and has the propensity to suit people of different characteristics and learning abilities.

The University of Helsinki ranks among the best universities in the world and has maintained its ranking as a top university in the world longer than can be remembered. It is no doubt one of the leading universities in research and has the academic staff to meet the learning needs and yearning of its student.

Currently, the University of Helsinki ranks as the 22nd best university in the whole of Europe and the 56th best in the world. It is also rated with a 4.6-star rating.

The tuition fee accepted by the University of Finland is flexible and perhaps affordable. European students and students from the EFA regions pay a maximum fee of 0 EUR per year.

EEA connotes the European Economic Area with the vision of meeting the learning needs and yearnings of all children, youths, and adults around European Economic Areas. However, it is noteworthy to state that all the countries in Europe do not fall in this category; therefore there is the probability that your country is not an EEA nation. . However, it is also important to state that exchange students who get the privilege to visit this prestigious university, Ph.D. students, and students from Europe, European Economic Area as well as students from Switzerland, and students with Finnish permanent residence as well as students with a long-term European residence permit in Finland are exempted from the payment of tuition fee.

For non-EFA and European students, the average tuition fee requirement of the University of Finland is from 14,700 EUR to18000 EUR per year. It is noteworthy to state that all students from non-European and EEA Areas who do not have permanent residence status in the country are liable to this fee.

Again, the tuition fee requirement of the university may vary for each study program thus two study programs may attract different fees. The fee remains unchanged from the beginning of your program till the end of it; hence, tuition fees are not liable to increment or reduction at any time of the study.

The fee may sound humongous when you compare what the university accepts as a tuition fee to what may be obtainable in other European universities; however, studying at this foremost university always promises to be a smart choice for kids whose parents can afford the tuition fee as they offer real value for the money spent.

Every student is expected to pay the university’s tuition fee in advance of each academic year. Again, the payment detail of the first year is usually sent with the acceptance letter to enable you to pay up before resumption. However, the Finnish migration law states that if you are applying for residents permit that you should make sure to have enough for your tuition fee and the cost of living in Finland.

University of Helsinki Tuition fee is paid by using an invoice; interestingly, the students’ of the university can pay the tuition fee all by themselves. Alternatively, the payment can be done by a third-party but the third-party should ensure to use the reference number.

The benefits also include; student meal discount at the university’s café student’s restaurant, reductions in public transport within the city as well as long-distance journeys, university sports services all year round. You don’t need to worry about paying for all the services mentioned above because they are covered in your tuition fee.

How to Apply as an International Student

English Certificates Accepted by the University of Helsinki

The university is regarded as one of the most acceptable universities in the world and it has the vision and the focus to impart knowledge, needed skills, and the confidence in their students thus giving them the know-how and technical advantage to contribute immensely to solve the almost unending challenges facing the world.

The Cost of Living

Helsinki is one of the oldest cities in northern Europe and it does combine a fascinating simplicity with the kind of influence that you will not find in any other city in Europe. Furthermore, the city is clean, well-organized, well linked with a metropolitan road network that eases traffic, littered with modern social facilities and amenities.

Again, it is relatively peaceful and perhaps the safest and most secured cities in the whole of Finland because it is the nation’s capital and the seat of power. However, it is notoriously expensive to live in this city especially when you are comparing it from the visitor’s perspective. It is not the most expensive city in Europe, but when you compare it with nearly every other European city you will only discover that it will perhaps top the list of the more pricey cities in Europe.

However, cost should not be a hindrance to knowledge seekers in any part of the world or students that desire to study at the University of Helsinki. Furthermore, the city does offer fascinating sites as well as it does make a huge impression on visitors; hence, with all the infrastructural facilities and social amenities on offer, you may look beyond the cost of living in Helsinki and embrace it because of its security, safety, and beauty.

The University of Helsinki Acceptance Rate

The university’s acceptance rating ranks between 5% – 15% which makes it seem like it is the most selective university in Europe or perhaps in the world; however, recent statistics have proven that the rate at which European, EEA, and international students get admitted is not based on regionalism but instead on merit thus making it impossible for students who don’t know their onion to be admitted into this university.

Again, the university is always seeking academically-bright students; and this implies the students that can hoist the flag of the university on the highest pinnacles as well as fly the flag anywhere in the world are only the ones that get the privilege to be admitted into this prestigious university.

What this does imply is that the university employs a strict admission system that is sternly based on merit and does ensure that only the bright ones are admitted into the university year-in-year-out.

The university has always stated perhaps for the umpteenth time that they have room for everybody; however, this is only for those that can fly the university’s flag as high as is possible. Finally, the University of Helsinki’s acceptance of students from all over the world is based on merit and not on favoritism. Hence, if you meet the admission requirement of the university, you are no doubt guaranteed of getting admission into this prestigious university. Interestingly, the university admits 15% of its applicants yearly.

It is noteworthy to state that the University of Helsinki gets inundated with numbers of admission seekers every year thus indicating that you are not the only one that wants to study in this university; however, if you can sit up and burn the night candle then you can rest assured knowing that your name may be the next on the list of admitted students.