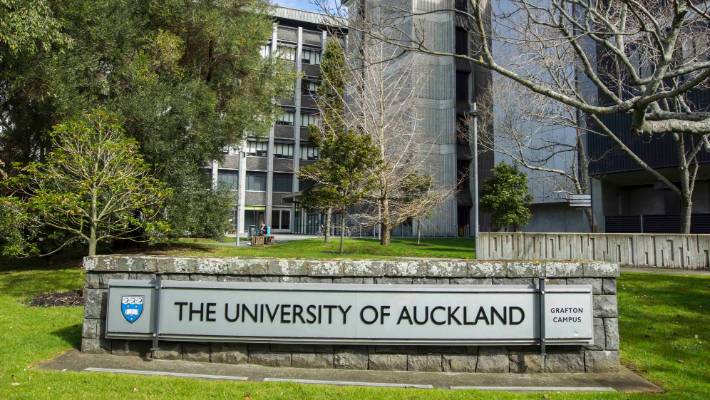 In our article today, we are going to focus on University of Auckland acceptance rate, tuition fees, cost of living in Auckland and many other important information about the university.

The University of Auckland is a New Zealand-based public research university. It is New Zealand’s largest, most comprehensive, and highest-ranked university, consistently ranking among the world’s top 100 universities according to QS World Rankings. The college was founded as a constituent college of the University of New Zealand in 1883. It was originally housed in a decommissioned courthouse.

The University of Auckland now has over 40,000 students on five campuses throughout Auckland, making it New Zealand’s largest university by enrolment. The majority of students and faculty are located on the City Campus in central Auckland. There are eight faculties within the institution, including a law school, as well as three research centers.

Since 2009, when open entry was abolished, all applicants are required to hold a university entrance qualification. International students must have an equivalent recognised qualification in their home country, whereas domestic students must obtain the NZQA University Entrance Standard.

Applicants must also meet the University’s pre-determined academic and English language entry requirements for the degree for which they are applying. Within some programs, there is also a predetermined number of slots available. Students must acquire a rank score as well as complete any other requirements in order to be guaranteed admission.

All students who did not finish their high school education or equivalent in English must also provide a valid IELTS score (minimum of 6.0) or equivalent. Let’s now look at University of Auckland acceptance rate…

Before we look at the tuition fees and cost of living in Auckland, let’s briefly see the benefits associated with studying in New Zealand. I’m sure many will like to know about these benefits.

Benefits Of Studying In New Zealand

We all know New Zealand is a stunning place, but there’s a lot more to it than its breathtaking scenery. It is quickly becoming one of the top choices for Indian students looking to study abroad. New Zealand has a lot to offer, including a great education system, internationally recognized certifications, numerous research possibilities, and an unrivaled quality of life.

You can expect a kind and pleasant culture with an outstanding support structure for international students while studying here. Here are some of the most compelling reasons to pursue your education in New Zealand.

New Zealand’s eight institutions typically rank well in QS World Rankings* and Times Higher Education Rankings, and degrees from any of them are recognized worldwide, offering doors to opportunities everywhere. The New Zealand Qualifications Authority (NZQA) also guarantees that institutions are registered to enroll international students and that they meet qualification requirements.

New Zealand’s education system, which was influenced by the UK’s, emphasizes on research-based teaching, which means you’ll learn how to deal with circumstances in a systematic and organized manner. At various levels, you will be taught how to operate individually as well as as a team. You will be encouraged to think critically, ask questions, and benefit from student-teacher interaction while studying here. You’ll also be putting what you’ve learned in class into practice and coming up with new ways to solve problems.

New Zealand has a fantastic multi-cultural setting that blends seamlessly with the country’s active outdoor lifestyle. New Zealand screams wanderlust with its diverse natural vistas, which range from snowcapped mountains and volcanic volcanoes to rolling green hills, golden sandy beaches, and lush rainforests. Every student who lives here has the opportunity to thrive as a result of the city’s rich culture and natural beauty.

You can work up to 20 hours per week as an international student in New Zealand during semesters and full-time during breaks. In reality, you will be able to work full-time if you are pursuing a research master’s or doctoral degree.

Having seen the benefits associated with studying in New Zealand, we now want to consider the cost of studying and living in this beautiful country.

Cost of studying in New Zealand

International undergraduate students may expect to pay roughly NZ$22,000-32,000 (US$14,900-21,700) each year, according to the official Study in Zealand website, with additional costs for areas like medicine and veterinary science. The majority of bachelor’s degrees are three years long.

Fees will be subsidized by the government for domestic students from Australia and New Zealand, ranging from NZ$10,000 to NZ$25,000 per year. The government, on the other hand, recently announced a free-fees scheme, which will allow first-year domestic students to study for free for a year beginning in 2019. The government will pay up to NZ$12,000 for a year (this can be stretched out over several years if you’re studying part-time), and refugees may also be eligible.

Cost Of Living In New Zealand

If you plan to study in New Zealand for more than a year, you’ll need to show that you have at least NZ$15,000 (US$10,200) to sustain yourself for the first year as part of your student visa application.

However, depending on your lifestyle, location, and spending habits, you may require more — for example, the University of Auckland recommends that students budget between NZ$20,000 and NZ$25,000, which is around US$13,500 and US$16,900.

There are about 7 universities in New Zealand and we are going to list them here so you can contact them and start your admission application.

The University of Otago is a New Zealand college university located in Dunedin, Otago. It has a high average research quality rating, and in 2006, it was second only to the University of Auckland in terms of the number of A-rated academic researchers it employed in New Zealand. It has previously received the highest rating from the New Zealand Performance Based Research Fund.

The institution was founded in 1869 by an order of the Otago Provincial Council under the direction of a commission led by Thomas Burns. The university opened its doors to its first students in July 1871, making it New Zealand’s and Oceania’s oldest universities. The University of Otago was a part of the federal University of New Zealand from 1874 to 1961, and it conferred degrees in its name.

The vibrant student life in Otago is well-known, particularly the flatting, which is often in historic buildings. Students at Otago have a historical practice of naming their flats. The term “Scarfie” refers to Otago students’ habit of donning a scarf throughout the chilly southern winters. However, the name “Breathers,” a misspelling of “brothers,” is now widely used.

Gaudeamus igitur, iuvenes dum sumus (“Let us rejoice, while we are young”), the university’s graduation anthem, recognizes that students will continue to rise to the challenge, albeit not necessarily in the way planned. Critic, the university’s student magazine, is New Zealand’s oldest student publication.

Otago University was named one of the world’s most beautiful university campuses by the British newspaper The Daily Telegraph and the American online news website The Huffington Post due to its architectural magnificence and associated gardens.

Massey University (Mori: Te Kunenga ki Prehuroa) is a New Zealand university centered in Palmerston North with campuses in Albany and Wellington. When overseas students are excluded, Massey University has roughly 30,883 students, with 13,796 extramural or distance-learning students, making it New Zealand’s second largest university. More than 3,000 international students from over 100 countries study at the university, which conducts research on all three sites.

Massey University is the only institution in New Zealand that offers degrees in aviation, conflict resolution, veterinary medicine, and nanoscience is Massey University. The American Veterinary Medical Association has accredited Massey’s veterinary school, which is recognized in the United States, Australia, Canada, and the United Kingdom.

Massey’s agriculture program is the best in New Zealand and ranks 19th in the world according to Quacquarelli Symonds’ (QS) university topic rankings. The Bachelor of Aviation (Air Transport Pilot) from Massey University is a globally recognized and accredited degree. It was the first non-engineering degree to be recognized by the Royal Aeronautical Society (1998), and it is ISO9001-2000 certified.

Its initial site was in Christchurch Central City, but when it became an autonomous university in 1961, it began relocating out of its neo-gothic buildings, which were repurposed as the Christchurch Arts Centre. The move was completed on May 1, 1975, and the university now has its main campus in Ilam, a suburb of Christchurch.

The university is well-known for its engineering and science programs; in fact, the university’s Civil Engineering program is ranked ninth in the world (Academic Ranking of World Universities, 2021). It is one of only two universities in New Zealand (the other being the University of Auckland) to have a four-year engineering degree approved under the Washington Accord, which allows graduates to work as chartered engineers anywhere in the world.

Lincoln University is a New Zealand university that was established in 1990 following the separation of Lincoln College, Canterbury from the University of Canterbury. It is the oldest agricultural educational school in the Southern Hemisphere, having been established in 1878. It is still New Zealand’s smallest university (by enrolment) and one of the eight public institutions. The campus is located on a 50-hectare (120-acre) plot of land in Lincoln, Canterbury, about 15 kilometers (9 miles) outside of Christchurch.

Can I study in New Zealand for free?

For new students, the government offers a year of tuition-free study. If you are a New Zealand citizen or resident who has resided in New Zealand for three years and will be coming straight from school to the University of Auckland, you are extremely likely to be eligible for fees-free.

Is New Zealand a good country to pursue your studies?

New Zealand has a lot to offer, including a great education system, internationally recognized certifications, numerous research possibilities, and an unrivaled quality of life. You can expect a kind and pleasant culture with an outstanding support structure for international students while studying here.

Is it easy to get PR in New Zealand?

This is how far we want to go on this article and hope you enjoyed reading it. You now know University of Auckland acceptance rate and other information about the university.