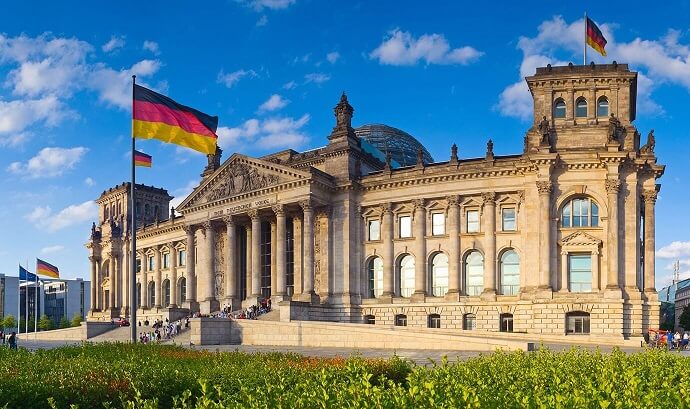 Benefits Of Studying In Germany

Higher education in Germany is mostly sponsored by the government, making it practically free for both domestic and international students. The German higher education system is made up of roughly 400 schools, divided into public “tuition-free” universities with over 2.4 million students and a smaller number of private institutions with less than 5% of the overall student body.

Germany has been fighting for a decade to abolish tuition fees across the country, but as a decentralized federal republic, getting all 16 federations to agree has proven challenging. After reaching an agreement in October 2014, Germany currently provides free higher education to all students, regardless of their nationality.

All German universities now follow the Bologna reform, which assures that all students receive a unified and internationally recognized degree, such as a bachelor’s, master’s, or doctorate.
With the exception of medicine, law, and pharmacy, this applies to most academic subjects. Students are still taught in the traditional manner in these topics; a state test is given at the end of the course, and the course lasts a few more semesters than a typical bachelor’s degree.

Studying in Germany is not only free, but it may also be done in English if your German skills aren’t up to par. English is a widely spoken international language that is taught as a second language in the majority of schools worldwide. A fresh start in a new country, a new university, and a new language can be more difficult than you anticipate; as a result, you may wish to ease into it by enrolling in an international program taught in English while your German language abilities improve, and then switching to studying in Germany.

Regardless of the free tuition policy, studying in Germany is not completely free; you must still cover your living expenses. As a result, many overseas students look for work to support themselves while they study. EU students will have no trouble finding work because there are no restrictions. Meanwhile, non-EU students must apply for a work permit, and their working hours are restricted to 190 full days or 240 half days each year.

Students from outside the EU, EEA, or Switzerland are not allowed to work as freelancers or self-employed. However, this has rarely been an issue because Germany is a highly developed country with an economy that generates thousands of new jobs every day, allowing the majority of international students to find decent employment.

It’s worth noting that in Germany, practice-oriented colleges have relationships with major corporations to provide students with internships. These may or may not be compensated, but they could lead to a wonderful future employment after you graduate.

Two-Year Stay Back After Study

Finally, if you study in Germany, you will have the opportunity to stay and work after graduation. International grads are allowed to stay for an additional 18 months to look for job under the law, and you may choose to stay longer if you so desire.

After seeing the benefits of studying in Germany, we now want to look at some tuition free universities in Germany.

Public universities in Germany are tuition free for all students including international students. If you enroll in any of the universities listed below, you are not going to pay any tuition fees.

The Carl von Ossietzky University of Oldenburg is a German public university in the city of Oldenburg. It is one of the most prominent and well-respected educational institutions in northwestern Germany, specializing in multidisciplinary and sustainable development studies, as well as renewable energy research with a focus on solar and wind energy.

The university offers 95 different courses to choose from. Oldenburg replaced the previous Diplom and Magister degrees with Bachelor and Masters degrees in 2004 as a result of the Bologna Process. Teacher education, which was started in the 1970s and continues to have a significant presence with master’s degrees in teaching provided in all faculties, is one of the university’s key focuses.

The doctoral program The research in sustainable development, which spans various academic areas, is particularly well-known, as is didactic reconstruction. The university can also award Doctorates and supervise Habilitations.

Philip I, Landgrave of Hesse, founded the Philipps University of Marburg in 1527, making it one of Germany’s oldest institutions and the world’s oldest still operational Protestant university. It is presently a non-denominational public university in the state of Hesse.

The University of Marburg, which has roughly 23,500 students and 7,500 employees, is located in Marburg, a town of 76,000 people, with university buildings strewn throughout the city. International students make up about 14% of the student body, the highest ratio in Hesse. It has an international summer university program and participates in the Erasmus student exchange program.

The institution is well-known for its life sciences research, but it also houses the CNMS, one of the few Middle East research centers (center for near and middle eastern studies). In the 2009 CHE Excellence Ranking, the departments of psychology and geography were named to the Excellence Group.

Participation in several SFBs exemplifies its research. The German Science Foundation (DFG) is funding these collaborative research centers. Within the participating university, they encourage scholars to collaborate across fields, institutes, departments, and faculties.

The University of Hohenheim is a German campus university in Stuttgart’s south. It is Stuttgart’s oldest university, having been founded in 1818. Agricultural and natural sciences had long been its core areas of expertise. Today, however, the bulk of its students are enrolled in one of the faculty of business, economics, and social sciences’ several study programs.

The University of Hohenheim’s faculty has consistently been recognized among the best in the country, making it one of Germany’s top-tier universities in these subjects. The institution has academic partnerships with a number of partner universities and participates in a number of cooperative research projects.

Paderborn University is one of the state of North Rhine-fourteen Westphalia’s public research universities. It was formed in 1972, and in the winter semester  of 2016/2017, about 20,308 students were enrolled. It has 62 different degree programs to choose from.

The institution has had winners of the German Research Foundation’s (DFG) Gottfried Wilhelm Leibniz Prize and European Research Council (ERC) grant recipients. Preda Mihăilescu, a Romanian mathematician, proved the Catalan conjecture in 2002, a number-theoretical conjecture posed by the French and Belgian mathematician Eugène Charles Catalan and left unsolved for 158 years.

Tübingen University is one of Germany’s eleven Excellence Universities. The University of Tübingen is well-known for its research in health, law, archeology, ancient cultures, philosophy, theology, and religious studies, as well as its recent designation as an artificial intelligence center of excellence. Presidents, EU Commissioners, Federal Constitutional Court justices, and Pope Benedict XVI are among the university’s notable alumni. Eleven Nobel laureates have been linked with the university, mostly in the departments of medicine and chemistry.

Stuttgart University (German: Universität Stuttgart) is a prestigious research university in Stuttgart, Germany. It was established in 1829 and is made up of ten faculties. It is one of Germany’s oldest technical universities, offering top-ranked civil, mechanical, industrial, and electrical engineering departments, among others.

It is a member of TU9, an incorporated society of Germany’s largest and most prestigious technical institutes. Advanced automotive engineering, efficient industrial and automated manufacturing, process engineering, aeronautical engineering, and activity-based costing are just a few of the university’s specialties.

Business administration, economics, law, social sciences, humanities, mathematics, computer science, and information systems are among the undergraduate and graduate disciplines offered by the university. The university’s main campus is in the Mannheim Palace, which is located in the city center of Mannheim. The university has 12,000 full-time students, 907 academic employees, including 194 professors, and a total income of roughly €123 million in the academic year 2016/2017. Five schools and two graduate colleges make up the university.

Leipzig University (German: Universität Leipzig) is one of the world’s oldest institutions and Germany’s second-oldest university (by consecutive years of operation). It is located in Leipzig, the Free State of Saxony. Frederick I, Elector of Saxony, and his brother William II, Margrave of Meissen founded the university on December 2, 1409, with the four scholastic faculties. The institution has been teaching and conducting research for almost 600 years without interruption.

The University of Hamburg is a German university located in Hamburg. On March 28, 1919, it was formed by merging the preceding General Lecture System (Allgemeines Vorlesungswesen), the Hamburg Colonial Institute (Hamburgisches Kolonialinstitut), and the Academic College (Akademisches Gymnasium). The primary campus is in Rotherbaum’s central district, with linked institutes and research centers dispersed around the city-state.

The Times Higher Education Ranking, the Shanghai Ranking, and the CWTS Leiden Ranking have all placed the university among the top 200 universities in the world, putting it within the top 1% of universities globally. UHH is home to six Nobel Laureates and one Wolf Prize Laureate.

The University of Duisburg-Essen is one of Germany’s top ten universities, with 12 departments and roughly 40,000 students. Research income has increased by 150 percent since 2014. Natural science and engineering are among Germany’s top ten subjects, whereas the humanities are among the top 20 to 30. In Germany, the physics field, in particular, is ranked first. The university is ranked among the world’s top 200 universities.

Rheinische Friedrich-Wilhelms-Universität Bonn is a public research university in Bonn, North Rhine-Westphalia, Germany. Frederick William III established the Rhein-Universität (English: Rhine University) on October 18, 1818, as a linear successor to the Kurkölnische Akademie Bonn (English: Academy of the Prince-elector of Cologne), which had been established in 1777.

The University of Bonn has 544 professors and provides various undergraduate and graduate degrees in a variety of topics. It has a library with around five million books.

11 Nobel Laureates, 4 Fields Medalists, 12 Gottfried Wilhelm Leibniz Prize winners, as well as some of the most gifted minds in Natural science, such as August Kekulé, Heinrich Hertz, and Justus von Liebig; major philosophers, such as Friedrich Nietzsche, Karl Marx, and Jürgen Habermas; and famous German poets and writers, for example, are among its notable alumni, faculty, and researchers as of October 2020.

These are a few of the many tuition free public universities in Germany. If you want to study in any of these universities, do well to contact them and start your admission processing. The good thing is that almost of German universities accept online application via their university portal.