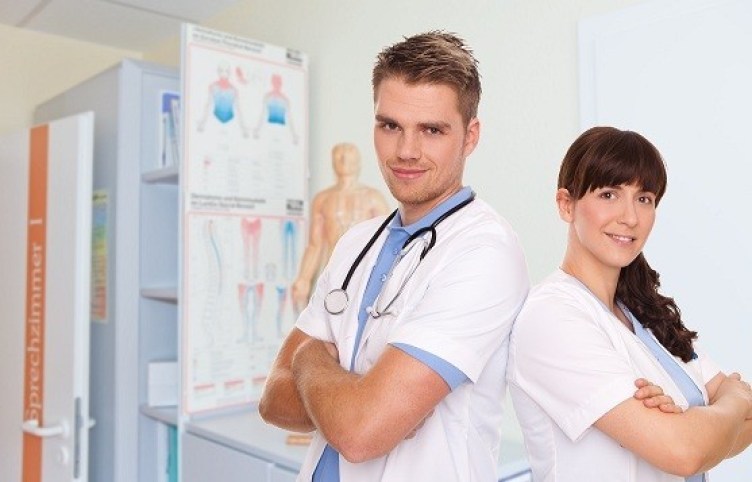 Most medical schools in Germany are tuition free. What this means is that all students are exempted from paying tuition fees whether they are German citizens or international students. They only have to budget for their living expenses which usually range from 600 to 700 Euro per month. In today’s article we are going to consider medical schools in Germany that are tuition free.

Heidelberg’s Medical Faculty is one of Germany’s oldest and most prestigious medical schools, with an international reputation. Students have access to excellent study and research opportunities.

Students must attend at least 25 contact hours per week and must attend the bulk of lectures and courses in person. Students will also be expected to learn a lot of information on their own and take a lot of tests. They will have limited vacation time because these periods are frequently used to complete job placements.

The degree program’s preclinical components begin with a course on macroscopic anatomy: Students in the first semester of study prepare a corpse and learn about the human body’s structure as part of this subject. The course is interdisciplinary beginning in the second semester at Heidelberg, and the “major” topic areas of anatomy, physiology, and biochemistry are taught across themes. Students also study psychological underpinnings, medical investigation procedures, and observe medical consultations in general practice beginning in the first semester.

The University Hospital, which is located in both Großhadern and downtown Munich, as well as preclinical and academic facilities and clinical-theoretical facilities, make up the Faculty of Medicine in University Of Munich. It is southern Germany’s largest medical training facility.

The medical faculty has devised innovative techniques of teaching and learning for the study of medicine with the Medical Curriculum Munich (MeCuM-LMU). The quantity of outside financing it has garnered for Collaborative Research Centers, postgraduate Research Training Groups, research units, and national and international joint initiatives demonstrates the faculty’s international reputation and standard in both academic and clinical work.

The university is divided into nine colleges, including a medical school that is shared with the Free University of Berlin. It has over 32,000 students enrolled and provides degree programs in 189 subjects from undergraduate to postdoctoral levels. Its main campus is on the Unter den Linden avenue in Berlin’s city center. The institution is well-known across the world for pioneering the Humboldtian model of higher education, which has had a significant impact on other European and Western universities.

The Free University was established in West Berlin in 1948 with American support during the early Cold War period as a de facto western continuation of the Frederick William University, which was located in East Berlin and was subject to communist repression; its name refers to West Berlin’s status as part of the Western Free World, as opposed to the communist-controlled university in East Berlin.

The city of Hamburg contributes funds for research and education. The faculty makes certain that these funds are distributed to the areas that require them the most, in a timely and efficient manner.

The clinical side of the UKE is integrally related to the faculty. Medical science and patient therapy overlap at UKE clinical sites, and both domains are supportive of one another.

The Hannover Medical School, established in 1965, is a university medical center in Hanover, Germany, and a member of a regional medical network.

The Hannover Medical School (MHH) was established in 1961. The National Science Council (WR) suggested in June of that year that seven new medical academies be established in the Federal Republic of Germany in order to expand the number of medical students by 7,000. Lower Saxony’s parliament resolved earlier this month to move forward with plans to build a state medical university here.

In December 1961, a committee to establish a Hannover medical academy convened for the first time. It was determined in February of the following year that the academy would be located in Hannover. The government of Lower Saxony issued an edict on April 1, 1963, to establish the Medical Academy of Hannover, which would later become the MHH.

Science and research at the highest worldwide level, as well as good training of future physicians, are the goals that the University of Duisburg-Essen Faculty of Medicine at the University Hospital of Essen has set for itself, and for which it’s working hard to achieve.

They’ve combined core clinical disciplines of cardiovascular medicine, cancer, and transplants with the vital generic fields of genetics, immunology, and infectious disease management, in which foundational researchers and clinicians collaborate. They are able to develop high-value scientific results as a result of this emphasis, which are consistently published in prominent international publications. Outstanding mentoring, private counseling, and an exceptional learning environment are available to students.

Members of the Faculty of Medicine work in a variety of settings, including pre-clinical institutes, clinical theory institutes, and departments of the University Medical Center Schleswig-Holstein (UKSH) on Campus Kiel. Most UKSH faculty members are involved in patient care in addition to their research and teaching responsibilities.

Kiel University has approximately 2,100 students enrolled in medical and dental programs. Other degree programs offered by the Faculty of Medicine include the Bachelor’s/Degree Master’s Program in Biochemistry and Molecular Biology, Master’s Degree Programs in Medical Life Sciences and Hospital Administration, and the International Master of Applied Scientific Dental/Medical Education and Research (iMasder).

Diverse academic networks and forward-thinking multidisciplinary profile areas characterize research at the Faculty of Medicine. The focus is on a shared area of research: digital medicine.

The Faculty of Medicine is one of the Eberhard Karls University of Tübingen’s four founding faculties. It is one of the largest medical training and research institutions in Baden-Württemberg, with non-clinical facilities as well as a research and teaching area, and corresponds to the organizational components of the University Hospital.

The University of Ulm is the youngest in Baden-Württemberg, having been created in 1967 as the “Medical and Natural Science University Ulm.” Scientists and clinicians of the Medical Faculty conduct research and teach at the highest worldwide level.

The Medical Faculty Ulm’s research focuses on the molecular underpinnings of aging and age-related disorders, such as hematology and oncology, stem cell aging, trauma and musculoskeletal research, and the as-yet-unexplored relationships between physical and mental health.

Ulm coordinates three special research areas and over twenty other nationally and internationally sponsored research alliances to support these focal points. A broad-based core facility concept and an innovative “Ulm Career Track” funding model, both of which have shown their quality by recurrent acquisition of external funds, are also beneficial to research.

Human Medicine students learn about the functions and disorders of the human body. The medical degree program at University of Bonn focuses on teaching skills necessary for working as a physician, such as disease diagnosis and treatment. Other important areas include health promotion, disease prevention, and rehabilitation.

There are numerous stages to the degree program. Students first learn the fundamentals of biology, physics, and chemistry, as well as an overview of the human body and its various activities. Following that, there are classes that go through probable ailments, as well as assessment and treatment approaches. Individual specialties like surgery, dermatology, neurology, forensic medicine, and pediatrics play a part in academic training, even though students do not specialize in one during the program.

All nursing students must do a mandatory nursing internship to gain first-hand experience in patient care. A four-month practical clinical training program in clinics or medical practices is also required as part of the program. The Practical Year, which consists of three periods of practical instruction, follows the program.

Graduates of the program get a license to practice medicine after passing the Medical State Examination.

If you are looking for tuition free medical schools in Germany, you can enroll in any of the universities listed in this article. Make sure you find out their admission requirements before you start your admission application.