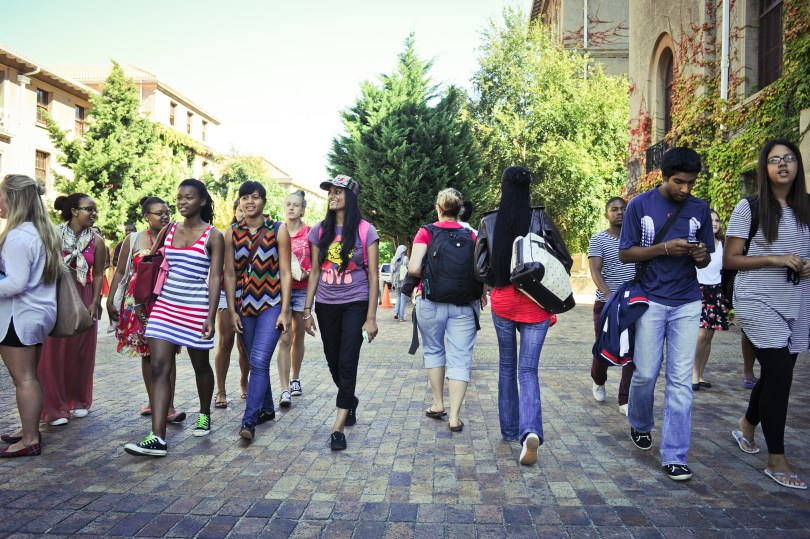 Today, we are going to look at top universities in South Africa for international students. South Africa is a country in Southern Africa that is formally known as the Republic of South Africa (RSA). It is the world’s 23rd most populous country, with nearly 59 million people living in a space of 1,221,037 square kilometers (471,445 square miles).

Pretoria is the executive capital, Bloemfontein is the judicial capital, and Cape Town is the legislative capital. Johannesburg is the largest city in the country. Around 80% of South Africans are of Black African ancestry, and are separated into ethnic groups who speak a variety of African languages. The rest of the population is made up of the continent’s largest groups of European (White South Africans), Asian (Indian and Chinese South Africans), and Multiracial (Coloured South Africans) ancestry.

Benefits Of Studying In South Africa

There are so many benefits of studying in South Africa and we are going to talk about some of them here..

You will be immersed in the country’s cultural richness and rich history as a student studying abroad in South Africa. The official languages of South Africa include English (which is widely spoken), Ndebele, Afrikaans, and Zulu. The history of segregation and apartheid in South Africa, as well as the revolution that ended it, are crucial themes to study if you want to have a better understanding of this fascinating country.

South Africa is known as the Rainbow Nation because of its cultural richness and efforts to integrate people from different cultures. Its diversity is intriguing, and you’ll learn that “80 percent of South Africa’s population is black African, whose origins predate the entrance of English and Dutch settlers in the 17th century,” according to US News & World Report. Power battles between the Dutch and British, the discovery of diamonds and gold, and tensions induced by European expansion dominated South African history during the 19th century.”

International students in South Africa have access to some of the world’s top colleges, in addition to learning about and meeting a diverse community. The University of Cape Town and the University of the Witwatersrand in Johannesburg are the two top-ranked African universities, with a wide range of academic programs to choose from.

South Africa’s job market has grown in a majority of sectors in 2019, according to quarterly surveys, ranging from agriculture to business services and community industries. In South Africa, as a prospective study abroad student, you will almost certainly be able to find an intriguing internship or part-time employment in any sector of your choice.

South Africa is expected to be one of the best-positioned countries on the African continent to “rise from the ashes of the coronavirus-induced recession and create a brighter future, [where] the economic downturn can be transformed into the next hotbed of innovation,” according to economists, writes Sibongiseni Mbatha for News24.

It’s not always all about the weather. South Africa excels in this category, with 300 days of sunshine each year in various sections of the country! Sunshine, beaches, crowd-pleasing temps, and more are just a few of the ways that South Africa’s weather entices visitors.

According to Climates to Travel, “the average temperature ranges from 12°C (53.5°F) in July to 21°C (70°F) in January and February,” if you’re thinking about studying in Cape Town. Because of the impact of the water, summer temperatures are moderate, while a hot and dry wind known as Berg can occasionally blow from the mountains, raising temperatures to roughly 35°C (95°F).” You’ll be able to see Table Mountain in the distance, the flat-topped mountain that towers over the city, and even climb it if you’re feeling brave.

If you compare the costs of study abroad programs, you’ll probably find that South Africa’s programs are much more cheaper. This is due in part to the cheaper cost of living than most areas in Europe or the United States, allowing students to save more of their hard-earned money. South Africa is one of the most affordable countries to live in, according to the Mercer Cost of Living Survey. Furthermore, students in the United States and Canada continue to be eligible for financial aid from their respective federal agencies.

Another benefit is that healthcare is less expensive. Private healthcare in South Africa is on par with the best in Europe and the United States. The facilities, employees, and care provided are all of the highest quality, and there are numerous medical aid choices to select from. “People from all over the world want to travel to South Africa for plastic surgery each year, not only because of the great quality of our plastic surgeons but also because of the beneficial exchange rate,” according to Intergate-Iimmigration.

Let’s now take a look at some top universities in South Africa. We are only going to talk about a few of them in this article.

The Berlin Declaration on Open Access to Knowledge in the Sciences and Humanities was signed by Stellenbosch University, the first African university to do so.

“Maties” is a nickname given to students at Stellenbosch University. The term is most likely derived from the Afrikaans word “tamatie” (meaning tomato, and referring to the maroon color of the sport uniforms and blazers). Another theory is that the term is derived from the Afrikaans colloquialism maat (meaning “buddy” or “mate”), which was originally used diminutively (“maatjie”) by students of the University of Cape Town’s precursor, the South African College.

The Institution of Pretoria is a multi-campus public research university in Pretoria, South Africa’s administrative and de facto capital. The university began as the Pretoria campus of the Johannesburg-based Transvaal University College in 1908, and it is the fourth South African institution to be granted university status in continuous operation. The institution has expanded from 32 pupils in a single late Victorian house to almost 53,000 students in 2019. On 1,190 hectares of land, the university was developed on seven outlying campuses (2,900 acres).

There are nine faculties and a business school within the university. The University of Pretoria Faculty of Veterinary Science, founded in 1920, is Africa’s second oldest veterinary school and South Africa’s only veterinary school. The university’s Gordon Institute of Business Science (GIBS) has continuously been regarded as the top business school in Africa for executive education, as well as being listed in the top 50 in the world. The GIBS Executive MBA was ranked first in Africa and 60th in the world by the Financial Times in 2012.

From the 26 public universities that make up South Africa’s higher education system, the newly established institution is one of the largest comprehensive contact universities in the country. More than 50 000 students attend UJ, with more than 3000 international students from 80 countries.

The University of Zululand, sometimes known as Unizulu, is the only comprehensive tertiary educational institution in KwaZulu-Natal, South Africa, north of the Tugela River. Its new status is in line with the National Plan for Higher Education in South Africa, which aims to eliminate unfairness and unnecessary duplication. As a result, Unizulu provides career-focused programs as well as a select number of relevant university degree courses designed with potential employees and employers in mind.

By forming relationships with the University of Mississippi, Radford University, Florida Agricultural and Mechanical University, and Chicago State University, the university has strengthened its existing ties with a diverse range of tertiary educational institutions in the United States and Europe. Unizulu is pursuing an academic program in response to social issues, with community service systematically interwoven into the formal curriculum.

The University aims to develop graduates with advanced knowledge and skills who are prepared for citizenship and active involvement in society. It attempts to establish partnerships with funding agencies both at home and abroad in order to do so efficiently. The Prince of Phindangene, Mangosuthu Buthelezi, assisted in the establishment of UNIZULU, and he served as chancellor at the time.

This is how far we can go on this article and hope you have learnt alot from it. If you want to study in South Africa, kindly contact the universities above and get more informtion