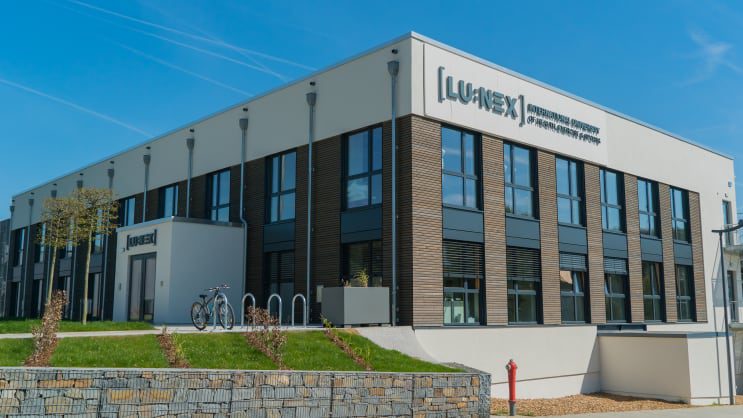 In this article, we are going to consider the full list of top universities in Luxembourg for international students. Before we start, however, let us look at the cost of studying in Luxembourg, admission requirements etc.

Luxembourg is a landlocked country in Western Europe, officially known as the Grand Duchy of Luxembourg. It is bordered on the west and north by Belgium, on the east by Germany, and on the south by France. Luxembourg City, one of the four official capitals of the European Union (together with Brussels, Frankfurt, and Strasbourg), is the site of the European Union’s Court of Justice, the EU’s highest judicial body.

Its culture, people, and languages are all heavily influenced by its neighbors, resulting in a blend of French and German civilizations. It has three official languages: French, German, and Luxembourgish, which is the national language.

Cost Of Studying In Luxembourg

Tuition rates vary depending on the study subject and level of education. You should budget between €400 and €800 each year on average. Tuition expenses for business-related degrees are higher, usually roughly €4,000-€5,000 per year.

Admission Requirements For Study In Luxembourg

However, depending on the study program you have applied for, you will be required to demonstrate your level of English, French, German, or Luxembourgish. You may also be required to take additional qualifying courses in some situations. Studies in the second cycle (master’s degree)

If you want to apply for a master’s degree program at a university in Luxembourg, you must have an appropriate bachelor’s or equivalent degree diploma.

If you want to apply for doctorate studies at a university in Luxembourg, you must have completed a relevant diploma or master’s degree program. The language of instruction at Luxembourg’s universities varies according to the degree program.

English, French, German, and Luxembourgish are the most commonly used languages for education. In general, you should be able to communicate in the language of instruction for your study program at a level equivalent to B2 on the Europass Language Passport.

How To Apply For Scholarships

Paying high tuition fees can be stressful for many people for a variety of reasons. However, there are a variety of ways to fund your studies, including using scholarships. International students interested in studying in Luxembourg can apply for a variety of scholarships. There are several funding alternatives depending on your country of origin and degree of education. Check out this scholarship database to see what scholarships are available.

Luxembourg is a small country and doesn’t have much universities. Here are a list of universities in Luxembourg:

The university is Luxembourg’s only public university. The Belval Campus, Kirchberg Campus, and Limpertsberg Campus are the three campuses of the institution. A board of governors, a rector, and a university council run the university. Stéphane Pallage is the current rector of the University of Luxembourg.

The University of Luxembourg was placed 601-700 in the Academic Ranking of World Universities, often known as the Shanghai Ranking, in their 2020 rankings.

LUNEX University is a sophisticated private university that allows students to further their education and pursue careers in the fields of health, sports, and management. It is an extremely international university that accepts students from all around the world and is a partner university for the Erasmus program and other similar programs.

This university provides bachelor’s and master’s degrees in physiotherapy, sport and exercise science, and international sport management, as well as a general pre-bachelor foundation program.

Approximately 600 students from 40 different nations are currently enrolled. The institution provides them with modern, fashionable facilities that are well-equipped and create a great study, teamwork, and career development environment.

The European Business University is a non-profit, largely online university with an on-campus business school that offers scholarships to students from Africa, Asia, and Latin America. EBU has a number of collaborations with other organizations and is able to offer specialized educational and career development courses.

Its workforce is made up of professionals in their fields who have years of expertise in the area. The university is likewise committed to innovation, with the goal of implementing all of the latest educational standards and technology as soon as possible.

The United Business Institutes, based in Luxembourg, Brussels, and Shanghai, provide Bachelor’s, Master’s, and Doctorate degrees in Business Studies and Administration. The school began approximately 30 years ago in Brussels and has since expanded to two more locations, including one in Luxembourg.

The Institute’s programs have been approved by Middlesex University in the United Kingdom, and they seek to provide students with valuable and future-proof information on all classic and current business issues.

A full-time MBA program with internship, in which students gain real-world experience in local and international companies in Luxembourg, is one of the programs offered in the university. Internships are paid and last between 6 and 9 months, with career coaching and job placement assistance included. Their part-time Executive MBA can be completed at the student’s own pace and takes roughly two years to finish.

SHULU’s programs are held at the Kirchberg Chamber of Commerce, which is located in the financial district and close to European institutions. To accommodate students’ job and family lives, all classes are held on weekdays between 6:30 and 9:30 p.m.

How much does it cost to study in Luxembourg?

You should budget between €400 and €800 each year on average. Tuition prices for business-related degrees are higher, ranging from €4,000 to €5,000 per year. If you opt to attend a business school, you can expect to pay roughly €17,000 per year in tuition costs.

Is it cheap to study in Luxembourg?

Luxembourg isn’t exactly a cheap destination. Depending on your wants and lifestyle, you’ll need a monthly budget of 700–1,500 EUR.

Can I work and study in Luxembourg?

Regardless of nationality, all students studying in Luxembourg are permitted to work throughout their studies, during the school holidays (40 hours/week) and/or throughout the year (15 hours/week).

Do they speak English in Luxembourg?

How rich is Luxembourg?

Luxembourg is the world’s second richest country, with a GDP per capita of $79,593,91. The high figure is due in part to the significant number of people who work in the small landlocked country while living in France, Germany, and Belgium.

This is how far we can go with this article. Hope you enjoyed reading it! You have now seen the list of top universities in Luxembourg and you can contact them to get more information.