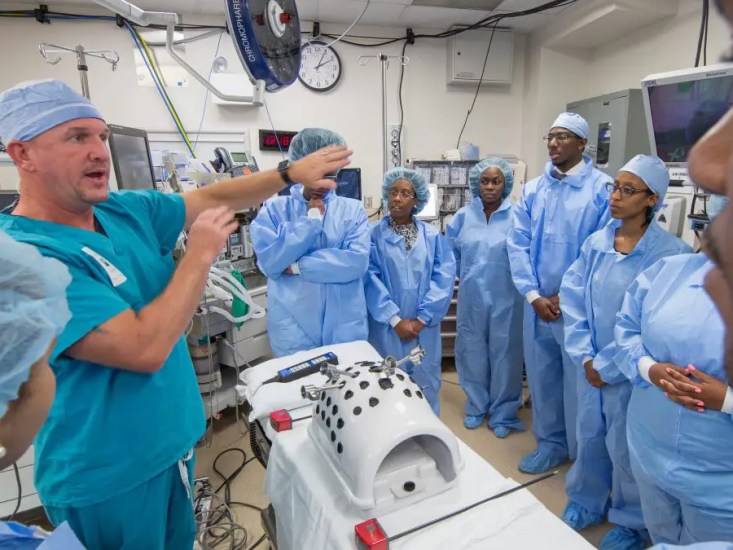 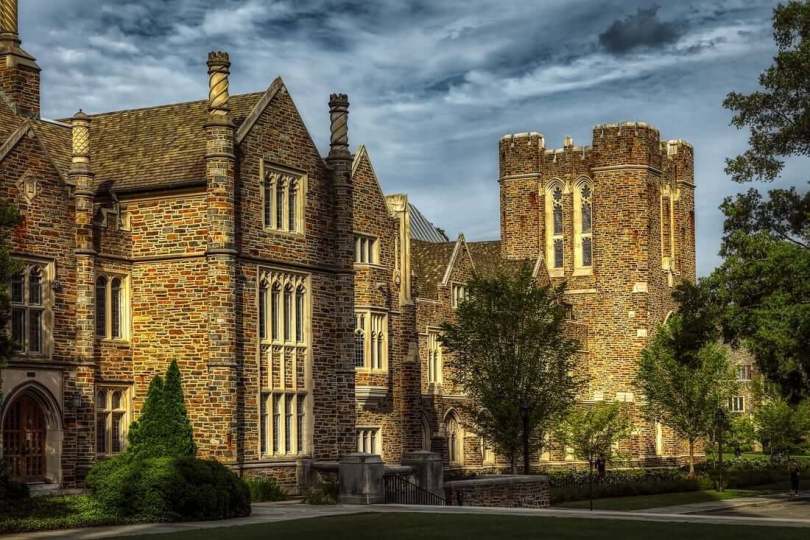 Here is the list of the top medical schools in North Carolina with their tuition fees for in-state and out-state students.

Medical students and residents rotate through the Duke University Health System, which includes a tertiary-care hospital and specialty clinics on the Medical Center campus, two community hospitals, a VA hospital, home health and hospice services, a network of primary care physicians, and other affiliated partners across the Southeast United States. U.S. News & World Report consistently ranks Duke University Hospital among the top 20 of more than 5,700 American hospitals. The School of Medicine is also known for its pioneering scientific research, which brought in about $700 million in NIH-funded studies in 2016.

The school’s medical degree program is extremely competitive, with over 7,500 applications competing for just 115 slots each year. In terms of the diversity of its medical students, the institution rates very high among its peers. The program’s unusual curriculum, which allows students to interact with patients a year sooner than at most other medical schools and includes a full year dedicated to independent research, is one of its most appealing features.

Many students use the year to begin work on a second degree; roughly a quarter receive a PhD, MScGH, MBA, JD, or master’s degree in addition to their MD. Approximately 19.5 percent of students are enrolled in Duke’s Medical Scientist Training Program, which leads to an MD and a PhD in health-related basic biological or social science research. The Duke program, which was established to teach highly prepared students as physician-scientists, is the fourth oldest in the country, has been consistently supported by the National Institutes of Health for nearly 50 years, and is highly recognized nationwide.

According to U.S. News & World Report’s rankings for best research medical schools in 2022, Duke University School of Medicine is now rated #3 in the USA. Several Duke programs have been recognized as among the best in the country. Surgery (ranked #2), anesthesia (ranked #4), internal medicine (ranked #5), radiology (ranked #6), pediatrics (ranked #7), obstetrics/gynecology (ranked #8), and psychiatry (ranked #10) are among the top ten nationally ranked schools for 2022. Duke University School of Medicine has consistently ranked among the top ten medical institutions in the country.

Tuition Fees: $63,000 for residents and non-residents.

It is one of the best medical schools in the country, according to U.S. News & World Report, which rates it first in primary care and 22nd in research in 2013. The university earned $449 million in research grants in 2016. The school earned more federal research funding than any other public or private university in the South, with almost two-thirds of that coming from the National Institutes of Health.

These structures together house over 700 inpatient beds and serve as a Level 1 referral center. In 2009, the North Carolina Cancer Hospital, a fifth core hospital, opened, providing extra outpatient clinic space and 50 additional beds. Medical research, education, and outpatient treatment are also carried out at these hospitals’ satellite facilities. The Ambulatory Care Center, NC Clinical Cancer Center, and Family Medicine facility are among them.

Tuition Fees: $61,000 for residents and non-residents.

According to the 2017 American Academy of Family Physicians report on MD-granting medical schools, Brody is a national leader in family medicine, ranking first in North Carolina and second nationwide in the percentage of graduates who choose family medicine as a career. Brody is among the top 10% of medical schools in the United States for graduating physicians who practice in the state, specialize in primary care, and work in rural and underserved areas. Currently, Brody alumni work in 83 of North Carolina’s 100 counties.

According to the 2017 American Academy of Family Physicians study on MD-granting medical schools, Brody is ranked first in North Carolina and second nationally in the percentage of graduates who choose family medicine as a vocation. Brody is among the top 10% of medical schools in the United States for graduating physicians who practice in the state, specialize in primary care, and work in rural and underserved areas. U.S. News & World Report is a news organization based in the United States. The same publication also ranks them ninth in the subcategory of rural medicine. According to U.S. News & World Report, BSOM is ranked #31 in Primary Care as of 2020.

The Commission on Osteopathic College Accreditation of the American Osteopathic Association has granted CUSOM accreditation. CUSOM students earn a Doctor of Osteopathic Medicine degree (D.O.). The first cohort began classes in August of 2013 and graduated on May 20, 2017.

The National Institutes of Health and the National Cancer Institute awarded the medical school its first $300,000 research grant on August 1.

Tuition Fees: $50,000 for residents and non-residents.

We’ve come to the end of this article on medical schools in North Carolina and a you can see there are just few medical schools in this region. If you want to study in any of the listed medical schools, do well to follow the link we provide to their webpage and get more information about their programs.