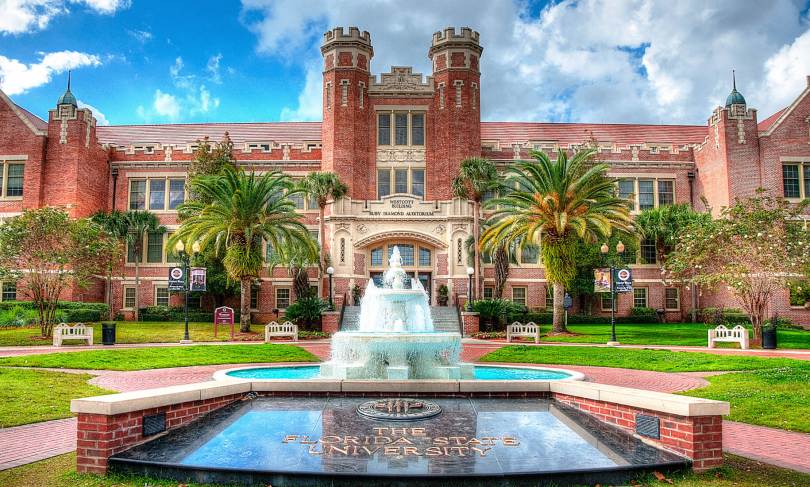 In this article, we are going to provide you with the list of top medical schools in Florida with their in-state and out-state tuition fees. We shall also provide link to each of the schools web page so you can contact them and get more information about their medical programs. Without much waste of time, we want to start with the highest ranked medical schools in Florida.

Let’s now consider the full list of top ranked medical schools in Florida with their tuition fees for in-state and out-state students.

University Of Florida College Of Medicine

The University of Florida College of Medicine is regarded as a very competitive institution. Out of 2,853 applicants, 136 students were accepted into the M.D. class of 2015. The average undergraduate GPA in the class was 3.75, and the average MCAT score was 31.06. According to former selection committee head Dr. Gessner, the UF College of Medicine is a top choice for students seeking a medical education in Florida.

In 2021, the College of Medicine was ranked 36th out of 122 research-intensive medical schools in the United States by US News and World Report. Shands at the University of Florida, the university’s teaching hospital, is nationally ranked in seven disciplines.

In 2012, the ARWU placed UF’s College of Medicine 51st among all medical schools worldwide. Expertscape ranked it #4 in the world for Diabetes Mellitus Type 1 expertise in December 2018.

For the standard MD-only medical class starting in 2019, 463 applications were interviewed out of a total of 9,164 for a class of 154 students. The entering class had a 3.72 overall GPA, a 3.67 science GPA, and a composite MCAT score in the 87th percentile.

For the combined MD/MPH medical class starting in 2018, 173 applications were interviewed out of a total of 9,164 for a class of 54 students. The entering class had a 3.66 overall GPA, a 3.54 science GPA, and a composite MCAT score in the 84th percentile.

For the 15th year in a row, U.S. News & World Report ranked Bascom Palmer Eye Institute as the best ophthalmology hospital in the country. Holtz Children’s Hospital was also ranked nationwide in three pediatric disciplines. Expertscape ranked it #7 in the world for Diabetes Mellitus Type 1 expertise in December 2018.

Tuition fees: $49,000 for residents and non-residents.

Two significant research centers are located on the USF campus. In October 1995, the H. Lee Moffitt Cancer Center & Research Institute, a four-story, 101,352-square-foot (9,415.9 m2) structure, was dedicated. The new Moffitt Clinic and Vincent A. Stabile Research Building, which opened in 2003, significantly expanded USF Health’s research and outpatient care capacity. A research building next to the University of South Florida College of Medicine with 50,542 square feet (4,695.5 m2) of laboratory, research, classroom, and office space.

The University of Central Florida College of Medicine is a school of medicine at the University of Central Florida in Orlando, Florida. Deborah C. German, M.D., is the college’s vice president for health affairs and dean. On the UCF Health Sciences campus in Lake Nona Medical City, the college comprises of a public medical school and the Burnett School of Biomedical Sciences.

GPA, MCAT score, admissions essays, an interview, clinical work experience, and volunteer activities, as well as research and leadership roles in the applicant’s history, are used to determine acceptance to this medical school. The Association of Medical Colleges mandates background checks on applicants in order to keep people who have been convicted of major crimes from enrolling. Over 4,000 students applied for 120 places in 2014. Matriculants had a 3.80 average GPA, a median MCAT score of 32, and an average age of 25 years, with 11% of those admitted having already earned a postbaccalaureate degree.

The Charles E. Schmidt College of Medicine, FAU’s own independent medical school, opened in the spring of 2010 as the 134th allopathic medical school in the United States. The first class arrived in August of 2011. The Charles E. Schmidt College of Medicine was granted full accreditation by the LCME in 2015 for its MD program. The medical school’s education program has been accredited, which means it meets national requirements for function, structure, and performance.

Multiple graduate degree programs are offered at the college, including thesis and non-thesis MS programs in Biomedical Science, a PhD track in Integrated Biomedical Science, and an MD/PhD program in collaboration with The Scripps Research Institute in Jupiter, Florida. The FAU College of Business also offers a new MD/MBA program that allows you to complete your MD and MBA in four years.

The FSU College of Medicine was ranked #1 out of the top ten medical schools with the lowest admission rates by U.S. News & Report in 2020.

The Lake Erie College of Osteopathic Medicine (LECOM) is a private graduate school of medicine, dentistry, and pharmacy with primary campuses in Erie and Greensburg, Pennsylvania, as well as branch campuses in Bradenton, Florida, and Elmira, New York. LECOM, which was founded in 1992, offers D.O., PharmD, and DMD degrees in osteopathic medicine, pharmacy, and dentistry, as well as master’s degrees in Health Services Administration, Biomedical Sciences, and Medical Education. LECOM offers one of the country’s few accelerated three-year pharmacy programs, as well as one of only two pharmacy schools with a distant education program.

The College of Osteopathic Medicine at LECOM is the largest medical school in the United States, with approximately 2,200 students enrolled.

The College of Osteopathic Medicine provides a single doctoral degree (D.O.) as well as various masters and diploma programs, including a Master of Public Health and a Master of Science.

These are the top medical schools in Florida for students who intend to get a qualitative medical degree. You can visit the school’s homepage from the links provided in this article.