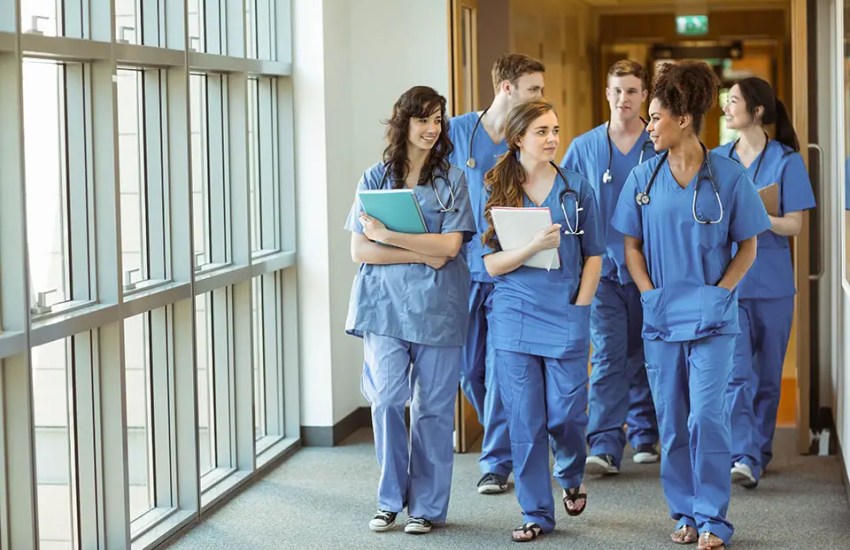 In this guide, we are going to look at the top best medical schools in Japan that offer qualitative education in the field of medicine and other medical related programs. Many people now prefer to study medicine in Japan as it is cheaper compared to studying in places like Australia, USA etc. Also, degree certificates obtained from Japanese schools are respected and accepted worldwide.

Before I provide you with the list of top best medical schools in Japan, I will want us to consider the benefits associated with studying in Japan.

Why Study In Japan?

Here are top reasons many students choose Japan as their study abroad destination:

Why should you study in Japan? Of course, for the delicious cuisine! You’ve probably heard a little about Japanese cuisine before. You may have tasted savory delights like sushi and ramen, but there are a plethora of other dishes to try.

You’ll be able to sample a variety of delectable tofu, shellfish, and fermented vegetables. Takoyaki, a fried street dish, will make your mouth water. For you and your study abroad companions, yakiniku (Japanese BBQ) is a joyful, social event. After that, you can end the day with a variety of mochi and red bean treats.

Because of the diversity of meals available, Japan has one of the highest life expectancies in the world. You have the option of eating incredibly healthy (and saving money) by cooking at home, or you can take advantage of convenience in a country where fast food is readily available. Even convenience stores (konbinis) are well-stocked, and the corner store may provide an inexpensive, tasty, and even healthful supper. There’s something tasty around every turn, as well as selections that meet your student budget.

Japan has a highly regarded educational system, frequently placing among the top ten countries in terms of educational quality. Japan is noted for its commitment to education, even at the elementary and secondary school levels.

It’s perhaps not surprising that one of the world’s top high-tech countries has some fantastic STEM and technology study abroad opportunities. Japan is also a major economic and business center, making it ideal for students interested in such sectors.

While Japan is known for its technology and business programs, it also has a thriving cultural scene. Take a look at Japan’s love of design, anime, and contemporary apparel to discover how important arts and cultural studies are to the country’s culture. High-quality programs are one of the top reasons to study abroad in Japan, regardless of your subject of study!

Japan’s economy is expanding, and there are plenty of career prospects for English speakers. It’s even better if you take the time to learn Japanese. In Japan, where a number of multinational brands are headquartered, bilingual English and Japanese speakers are in high demand.

There is one exception, however: learning Japanese as an English speaker is incredibly tough. Fortunately, there is a significant demand for English teachers in Japan as well! In fact, Japan is one of the most popular destinations for overseas English teachers.

This implies you’ll be able to find work after graduation; you can even work part-time as a teacher or tutor while studying in Japan. If you opt to stay after school ends, Japan has working holiday arrangements with a number of nations.

In Japan, residents take tremendous care in keeping their public spaces clean, and it shows! On the streets of Japan, garbage and graffiti are uncommon. Cleanliness is only one of the many reasons to study abroad in Japan if you’re a bit of a neat freak!

In addition, Japan has a very low crime rate. As a student, studying abroad may be one of your first forays into independent living. As a result, security may be a major worry (for your parents, at the very least). Japan not only has a low crime rate, but also an excellent health-care system, making it one of the safest countries in which to study abroad.

Because Japanese is a difficult language to learn, immersion is your best hope for becoming fluent. When is a better opportunity to immerse yourself in Japanese culture than during study abroad programs in Japan? Learning Japanese is an excellent way to strengthen your CV, especially if you want to work for a Japanese company. With the globalization of the economy, Japanese companies are continually looking for bilingual, foreign candidates.

Learning Japanese is the way to go if you want to break into the job market! Surrounding yourself with native Japanese speakers is the most effective strategy to learn the language quickly.

These are a few of the many benefits associated with studying in Japan. We now want to take a look at the top medical schools in Japan that offer qualitative education.

The Faculty of Medicine at Kyoto university is dedicated to advancing both scientific and clinical medical sciences in order to improve human wellbeing. The faculty welcomes self-motivated individuals with a wide range of competencies and educational backgrounds who want to work as leading clinical research scientists and supervisors.

Students will hone their medical knowledge and clinical skills in order to become outstanding caregivers and researchers who can mix basic and clinical medicine. The faculty’s objective is to foster collaboration among outstanding research experts in a variety of domains in order to advance medical science.

Medicine, Medical Science, Public Health, and Human Health Science are the four majors offered by the Graduate School of Medicine. The school gives students an inside look at cutting-edge clinical science, with each major offering a diverse set of programs that span almost every facet of medical research, including basic, clinical, and social medicine, as well as medical technology.

Tokyo Medical University is a private university in Tokyo, Japan, located in Shibuya. It is one of the medical schools that existed in Japan before to World War II, having been founded in 1916. This private university has a six-year medical school curriculum that offers ‘preclinical’ and ‘clinical’ studies to confer a bachelor’s degree or graduate degree with which medical students are qualified for the national medical licensing exam, in accordance with the nation’s policy for medical education. In addition, the institution features a postgraduate school (called daigakuin in Japanese) that awards Ph.D. degrees.

They are in the heart of Osaka City (Abeno campus), about 20 minutes from JR Osaka Station and Sugimoto University’s main campus. The University Hospital, which covers an area of 87,000m2, has around 2,000 daily outpatients and 900 beds.
As a premier medical facility in Osaka City, the Faculty of Medicine, Graduate School, and University Hospital play important roles in basic medical sciences and medical practice.

The basic medical science and clinical medicine courses are organized into two sections in the Graduate School. In addition to the traditional 4-year Graduate Courses, the school has introduced a 2-year Master Course in Medicine for nurses, pharmacists, clinical technicians, and other medical professionals.

The school wants to meet the global standard for medical education, respond to qualitative and quantitative changes in society, be patient-centered, and develop quality medical professionals with great communication skills and ethical principles as a medical training institution.

Tokyo Medical and Dental University is a national university in Tokyo, Japan. It is located in Bunky. It was Japan’s first national dental school, established in 1928. The Japanese government has designated TMDU as one of the top 9 Designated National Universities and as a Top Type university of the Top Global University Project, and it offers baccalaureate and graduate degrees in medical, dentistry, and associated subjects. In 2010, the university was ranked 217th globally and 7th in Japan.

Over 200 international students, mostly from Asian nations, attend Tokyo Medical and Dental University. Over 25 universities from around the world have exchange and affiliation arrangements with the university. The institution has formed an agreement with Partners Harvard Medical International to improve TMDU’s education offerings since 2002. In 2004, the Faculty of Medicine and Imperial College London began an exchange program. Several schools in the United States, the United Kingdom, Australia, and Canada have relationships with the dental faculty.

How many years is medical school in Japan?

Is Japan good for medical students?

Yes! Japan is regarded as one of the world’s most welcoming countries to foreign tourists, including international students, and their acceptance into medical schools is no exception. Many international students have already graduated from various universities in Japan and studied medicine.

Is Japan good in Medicine?

Although Japan has the world’s most advanced medical technology, medical costs in Japan are relatively low when compared to other industrialized countries. Furthermore, it boasts a large number of doctors and nurses that are genuinely concerned about their patients and treat them with compassion.

How long does it take to learn Japanese language?

Japanese is one of the most difficult languages for English native speakers to acquire, according to the US Department of State. It does not have many structural parallels to English. They anticipate that learning fluency will take 88 weeks, or 2200 hours.