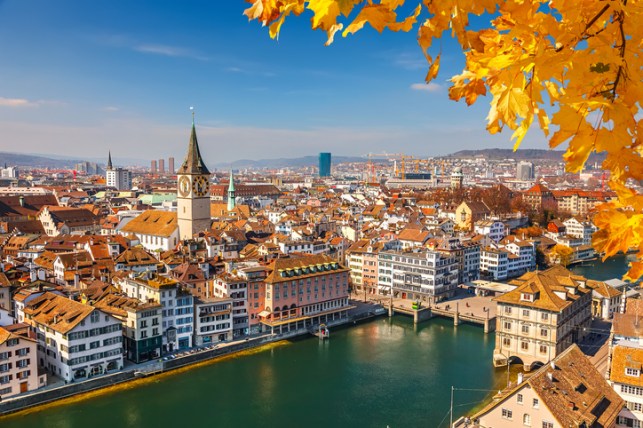 Why Study In Switzerland?

There are so many benefits of studying in Switzerland, but we are going to consider only a few of them here.

The Global Innovation Index has rated Switzerland the most innovative country in the world for the past eight years. Excellent universities, substantial investments in research and development, and world-class infrastructure are all factors in the country’s continued success.

Switzerland is also developing a reputation as a European leader in cryptocurrencies and blockchain technologies. Zug, a small town south of Zurich, is dubbed “Crypto Valley” by industry insiders and serves as the European headquarters for Ethereum, one of the leading blockchain companies. Indeed, many experts predict that the decentralized Ethereum platform will profoundly alter the internet and its users.

“We are going to be more in control of our identity and our agency on these different decentralized networks,” says Joseph Lubin, a member of the Ethereum team. “I think that will create more wealth, and it will also create more interest in expressing ourselves.”

While many countries were still discussing the Paris climate agreement in 2015, Switzerland was the first country to submit a climate plan to the United Nations for reducing carbon emissions through 2030. The country also reaffirmed its commitment to reverse climate change earlier this year, making it a top destination for students and graduates looking to contribute to a cleaner future.

Switzerland has set a goal of being carbon-neutral by 2050. It is actively updating key sections of legislation in order to facilitate the implementation of new policies. An enhanced carbon fee, as well as greater support for renewable energy and other green efforts, are part of this plan.

The Swiss government believes that this will encourage more environmentally concerned entrepreneurs, such as Christoph Gebald and Jan Wurzbacher of Climeworks, an engineering firm that designs and manufactures machines that physically suck carbon from the atmosphere.

Switzerland, as a bilingual country, is an excellent place to study a new language, expanding your post-graduation job prospects significantly. Germany boasts one of Europe’s strongest economies, with a plethora of world-class technology, finance, and industrial firms that provide great graduate training opportunities.

For those interested in pursuing a career in international business, another important language is French. It is the EU’s second most widely spoken language, and 29 nations have made it their official language. Canada, Belgium, and numerous growing African economic powerhouses such as Tanzania, Rwanda, and Mozambique are all part of the French-speaking globe.

Studying in Switzerland has numerous practical advantages. It has a low crime rate, with violent crime being quite uncommon. It’s also one of the cleanest countries on the planet, with world-class public transportation and a world-class health-care system.

The Swiss have a high standard of living, with happiness levels much exceeding the global average. The government operates in an open, transparent, and accountable manner. Any new law can be challenged if 50,000 signatures are collected within ten days of it being passed. A national vote will be held if more than 50,000 signatures are collected, in which the new law will be accepted or rejected by a simple majority.

Switzerland is a welcoming, interesting, and forward-thinking country that recognizes the need of investing in young people. It’s a place where you can acquire a top-notch education, meet incredible people, and even jumpstart your career.

There are so many benefits of studying in Switzerland and time will fail us if we want to enumerate all here. So let’s now take a look at the top universities in Switzerland.

The University of Zurich is a Swiss public research university that is located in the city of Zürich. With 28,000 students enrolled, it is Switzerland’s largest university. It was created in 1833 from the existing colleges of theology, law, and medicine, as well as a new department of philosophy, all of which date back to 1525.

Philosophy, Human Medicine, Economic Sciences, Law, Mathematics and Natural Sciences, Engineering, Computer Sciences and Robotics, Theology, and Veterinary Medicine are the university’s seven faculties. The university has the broadest choice of subjects and courses of any Swiss institution of higher learning.

The University of Geneva is a public research university located in Switzerland. John Calvin established it as a theological seminary in 1559. Until the 17th century, when it became a center for enlightenment studies, it remained concentrated on theology. It is now Switzerland’s third-largest university by student population.

It became officially secular in 1873, after abandoning its religious links. The 450th anniversary of the foundation of the University of Geneva was commemorated in 2009. Almost 40% of the pupils are international students.

The University of Bern was founded in 1834 and is located in the Swiss capital of Bern. The Canton of Bern regulates and finances it. It is a comprehensive university with eight colleges and 150 institutes offering a diverse range of degrees and programs. The Institution of Bern is Switzerland’s third largest university, with 18,576 students.

University of Bern, as a comprehensive university, offers 39 bachelor’s, 71 master’s, and 69 advanced study programs that encompass a wide spectrum of classical university subjects. The Physics Institute played a role in the first moon landing and continues to conduct experiments and provide equipment for NASA and ESA space missions on a regular basis.

The University of Bern has launched programs in innovative areas such as sports science and theatrical studies in addition to the traditional ones. It is the only institution in Switzerland that offers a theatre studies degree with a dance concentration in the master’s program. In the domains of climate science, health care, and penal law and criminology, the Graduate Schools for doctorate candidates offer far-reaching programs that are directly related to the University’s research interests.

The University of Basel is a Swiss university located in Basel. It is Switzerland’s oldest university and one of the world’s oldest surviving universities, having been founded on April 4, 1460. The university has a long history of being one of the country’s top educational institutions.

The affiliated Basel University Library is one of the country’s largest and most important libraries. Theology, law, medicine, humanities and social sciences, physics, psychology, and business and economics are among the university’s faculties, as are various cross-disciplinary disciplines and institutions such as the Biozentrum for biomedical research and the Institute for European Global Studies. The University will have 13,139 students and 378 professors in 2020. International students made up 27% of the total student body.

The University of Lausanne, in Switzerland, began as a theological seminary in 1537 before becoming a university in 1890. The institution is the second oldest in Switzerland and one of the world’s oldest continuously operating universities.

Approximately 15,000 students and 3,300 workers study and work at the university as of autumn 2017. The university has about 1,500 international students (120 countries) and offers a diverse curriculum that includes exchange programs with world-renowned universities.

University of Fribourg is Switzerland’s only bilingual university, with full courses available in both French and German, the country’s two official languages. There are around 10,000 students, 200 tenured professors, and 700 additional academic teaching and research employees on campus. The architects Honegger and Dumas, disciples of Swiss architect Le Corbusier, developed the Misericorde Campus, which was built between 1939 and 1942.

Before we wrap up this article, let’s briefly provide answers to the questions people often ask about studying in Switzerland.

Can one study in Switzerland for free?

Is it expensive to study in Switzerland?

Although Switzerland is an expensive place to live in, tuition fees are quite low, especially if you want to study at a public Swiss institution. The following are some samples of average Swiss tuition fees: Swiss and non-Swiss students at the University of Geneva pay 500 CHF per semester.

Is it easy to get job in Switzerland?

It is both simple and tough to learn how to find work in Switzerland. On the one hand, foreigners are warmly welcomed in the Swiss employment market, particularly in senior management positions. However, job competition is fierce… Switzerland’s work culture is tenacious and unwavering.

English is the most widely spoken non-national language in Switzerland, with 45 percent of the population speaking it regularly. The German-speaking section of the country has a higher English literacy rate than the Italian- and French-speaking regions (46 percent vs 37 percent and 43 percent respectively).

Is it easy to get part time job in Switzerland?

If you decide to visit Switzerland, be sure you have enough money to live comfortably as a student. Finding a part-time employment is difficult, and many people, especially those from your own country, are eager to abuse you in any way they can.

How many hours can student work in Switzerland?

This is how far we wish to go on this article about universities in Switzerland, Hope you have learnt alot from it. You can contact the universities listed above to get more information about studying there.