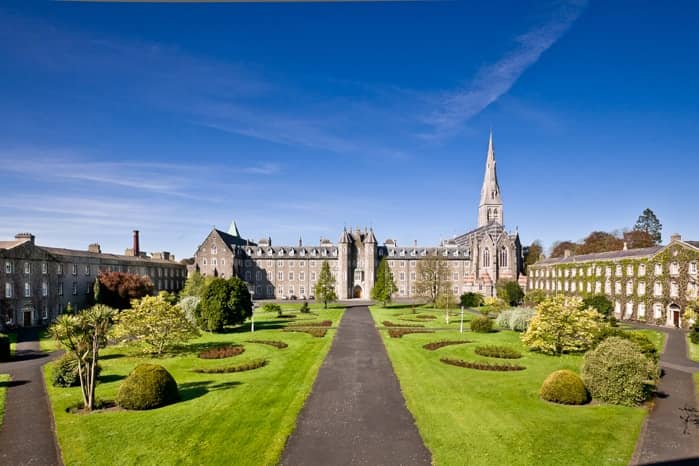 Benefits Of Studying In Ireland

Here are a few reasons associated with studying and living in Ireland:

Ireland is one of the best education systems in the world, with world-class universities, a varied range of degree options, and globally recognized certificates according to IMB World Competitiveness Ranking 2019.

Due to its attraction to multinational enterprises, including well-known organizations such as eBay, Skype, and Microsoft, Ireland offers many excellent career prospects for international graduates. Most institutions, including UCD, offer internship opportunities, which are a wonderful opportunity to obtain real-world experience that can help you land a job.

When it comes to post-study work, Ireland is the only English-speaking country in Europe that grants overseas graduates post-study work permits, making it a desirable place to begin your career. After completing your studies in Ireland, you will be eligible to apply for residency; in 2017, more than 13,500 initial residence permits were awarded to higher education students.

You will be greeted by some of the friendliest people you will ever encounter when you arrive in Ireland, and you will quickly learn that the Irish are proud of their nation, culture, and traditions. Saint Patrick’s Day allows you to celebrate Ireland’s Patron Saint by listening to traditional Irish music, watching Irish dance, participating in Irish sports such as Gaelic football, or getting lost in Irish tales and legends.

You’ll be completely immersed in a new language, utilizing it in every aspect of your life, from getting a cup of coffee with friends to writing test papers and taking notes in class. While English is the primary language in Ireland, over 130,000 people speak Irish Gaelic as their first language, with another 1,000,000 speaking it as a second.

Let’s now consider some of the top universities in Ireland with their tuition fees and other important information.

Please find below a list of universities in Ireland. You can contact them and get more information about programs, requirements etc.

Dublin City University is a university in Dublin, Ireland, located on the northside of the city. It was founded in 1975 as the National Institute for Higher Education, Dublin, and began enrolling students in 1980. In September 1989, it was upgraded to university status (together with the NIHE Limerick, now the University of Limerick) by statute.

The Church of Ireland College of Education, All Hallows College, Mater Dei Institute of Education, and St Patrick’s College were all merged into DCU in September 2016. The institution will have 17,400 students and nearly 80,000 alumni by 2020.

By the year 2020, DCU boost of 17,400 students and nearly 80,000 alumni. DCU Connected is the university’s online distance education program that has roughly 1,200 students enrolled. In 2019, there were 1,690 employees. Former Taoiseach John Bruton and “thinking” Guru Edward De Bono are among the academic staff’s notable members. Early in 2004, Bruton accepted an Adjunct Faculty Member post in the School of Law and Government, and in mid-2005, De Bono accepted an adjunct Professorship at the university.

It was selected ‘University of the Year’ by the Sunday Times in 2008. It also has the greatest proportion of mature students (16%) and access students (16%) attending university in Ireland (22 percent ).

Limerick University is a higher education institution located in Limerick, Ireland. The National Institute for Higher Education(former name), Limerick, was founded in 1972 and became a university in 1989, thanks to the University of Limerick Act 1989. It was the first university created in Ireland after the country gained independence in 1922, with Dublin City University following suit later that year.

In the university, there are around 800 research postgraduates and 1,300 postgraduate students enrolled. Its co-operative education (“co-op”) program, which was Ireland’s first, provides students with an eight-month work placement as part of their degree.

University College Dublin is a member of the National University of Ireland and a public research university in Dublin, Ireland. It is Ireland’s largest university, with 33,284 students, and one of the country’s most prominent universities. Among UCD’s alumni and present and previous personnel are five Nobel Laureates.

Among other accolades and rankings, The Sunday Times has recognized the university as Irish University of the Year five times, most recently in 2017. UCC was also rated top performing institution by the European Commission-funded U-Multirank system in 2015, based on receiving the highest number of “A” scores (21 out of 28 criteria) among 1200 universities that participated. In 2011, UCC became the first institution in the world to acquire the ISO 50001 standard for energy management.

Trinity College, also known as the College of the Holy and Undivided Trinity of Queen Elizabeth near Dublin, is the University of Dublin’s lone constituent college. It is a research university in Dublin, Ireland. The college was founded in 1592 by Queen Elizabeth I as “the mother of a university” in the style of the collegiate universities of Oxford and Cambridge, but unlike these affiliated institutions, only one college was ever established; as a result, the terms “Trinity College” and “University of Dublin” are often used interchangeably.

According to the college’s founding charter, “the Provost, Fellows, Foundation Scholars, and other members of the Board” are legally incorporated. It is Ireland’s oldest surviving university and one of the seven ancient universities of Britain and Ireland.

MTU Kerry campuses in Dromtacker and Clash, Tralee, County Kerry, and MTU Cork campuses in Bishopstown, Cork School of Music, and Crawford College of Art and Design, as well as the National Maritime College of Ireland facilities in Ringaskiddy, make up the Munster Technological University.

These are some of the top universities in Ireland with their tuition fees. You can contact the university to get more information.