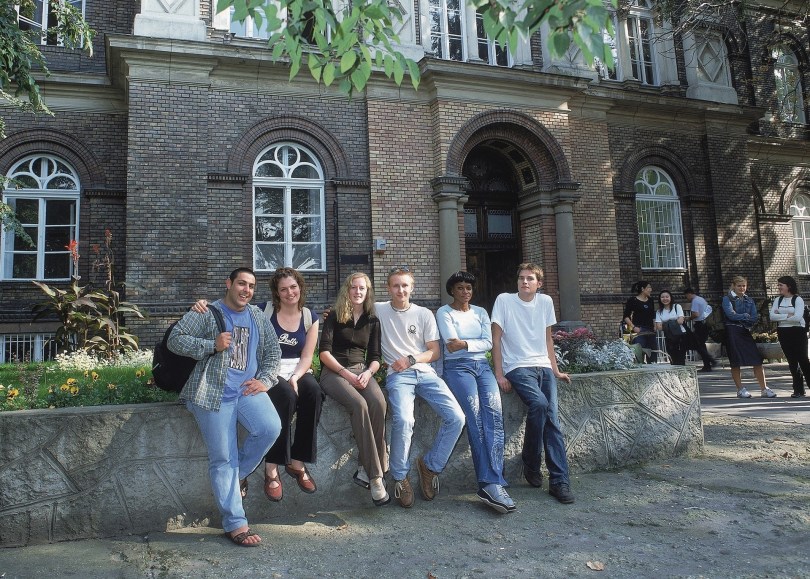 Universities in Hungary are very affordable for international students. If you are planning to study abroad but you are on low budget, why not make up your mind to study in Hungary.

Hungary is a landlocked country in Central Europe that spans 93,030 square kilometers (35,920 square miles) of the Carpathian Basin. It is bordered to the north by Slovakia, to the northeast by Ukraine, to the east and southeast by Romania, to the south by Serbia, to the southwest by Croatia and Slovenia, and to the west by Austria.

Hungary has a population of ten million people, the majority of whom are ethnic Hungarians with a sizable Romani minority. The national language, Hungarian, is the world’s most extensively spoken Uralic language and one of Europe’s few non-Indo-European languages. The capital and largest city of Hungary is Budapest; other notable cities include Debrecen, Szeged, Miskolc, Pécs, and Gyr.

In today’s article, we are going to look at the top universities in Hungary. Before I provide that, let’s look at the benefits associated with studying in Hungary.

Benefits Of Studying In Hungary

There are numerous benefits associated with studying in Hungary as can be seen below:

Any student over the age of sixteen can work as a student worker, earning the same minimum salary and guaranteed minimum wage. The law specifies the period of casual work, which is based on the calendar year, month, or day. Within a year, the total number of work days should not exceed ninety, and within a month, it should not exceed fifteen.

You can find a work in Hungary by leveraging personal contacts. Before looking for a job, you could consider an apprenticeship or a year of study in Hungary. Employers in Hungary regard a good academic background and computer skills to be key qualities of a job. The most important component of the selecting process is the interview.

For managerial roles, English is required. Many of the overseas candidates’ interviews are conducted in English. Psychological exams are conducted by the majority of international organizations, and there are also some evaluation centers. Hungary has a moderate economy that is still attempting to build its own identity following the early 1990s break with communism. Mining, metallurgy, construction, textiles, and automobile manufacturing are the key industries in the private sector.

Hungary is a fantastic place to study because it is a member of the European Union as well as a Schengen State. In comparison to most other countries of Europe, Hungary’s tuition fees are comparatively low. In addition, compared to the rest of Europe, living expenditures are quite inexpensive.

Hungary may not be one of the most popular study abroad locations for university students, but its cultural diversity and global prospects are underappreciated. Courses are taught entirely in English, however students will still need to learn Hungarian to communicate effectively inside the nation. As a result, pupils can readily adapt to diverse cultures from around the world. Without IELTS or TOEFL, you can study in Hungary.

These are a few of the many benefits associated with studying in Hungary. Let’s now consider some of the top universities in Hungary.

Here’s a list of top universities in Hungary that offer qualitative education. Please note that tuition fees in these universities are affordable usually ranging from 2500 Euros to 6000 Euros per year for international students.

The modern University of Szeged was founded in 2000 and is comprised of twelve core faculties and nineteen doctoral schools, each of which has a variety of departments and research groups. In addition to this, the institution runs the University of Szeged Health Centre, a large teaching hospital that provides public regional healthcare, as well as three laboratory schools that mix public education and teacher training.

Although the Health Centre and the buildings of the Department of Arts are next to one other, the faculties and accompanying buildings do not form a single campus, as they are distributed around downtown Szeged. Most majors are divided into a Bachelor’s and Master’s program because they are part of the Bologna zone.

Debrecen University (Debreceni Egyetem in Hungarian) is a university in Debrecen, Hungary. It is Hungary’s oldest continually operational higher education institution (since 1538). The university features a well-established English language program for overseas students, particularly in the medical profession, which began in 1986 and is still going strong. The university has around 6000 international students enrolled. Five past pupils received technical Academy Awards (Oscars) until 2014.

Aside from these, there are other smaller units scattered across the city, such as the HAS’s physics departments and the Institute of Nuclear Research, which form a compact “mini-campus,” or the Faculty of Agronomy. On Temet Street, the Faculty of Engineering has its own campus.

Eötvös Loránd University (ELTE, Eötvös Loránd Tudományegyetem) is a public research university in Budapest, Hungary. ELTE is one of Hungary’s largest and most prestigious public higher education institutions, having been founded in 1635. ELTE’s 28,000 students are divided into eight faculties and research centers around Budapest and along the Danube’s picturesque banks.

ELTE has five Nobel laureates among its members, as well as recipients of the Wolf Prize, Fulkerson Prize, and Abel Prize, the most recent of whom was Abel Prize winner László Lovász in 2021.

ELTE is Hungary’s largest scientific institution, with 118 PhD programs offered by 17 doctoral schools, as well as 38 bachelor’s programs, 96 master’s programs, and more than 50 foreign language degree programs. The Bologna procedure allows course credits to be transferred to universities throughout Europe.

The University of Pécs is a higher education institution in Hungary. The year 1367 appears on the university’s seal, and it has its origins in King Louis I the Great’s medieval university at Pécs, which was founded in 1367. The University of Pécs currently has 20,000 students, including roughly 4,500 international students studying in English or German.

The university also offers one-tier, undivided, long-term Master’s degree programs (5-6 years) in medicine, law, the arts, and engineering. In addition, students who are interested can participate in short programs such as preparation courses, summer universities, and partial trainings.

Budapest University of Technology and Economics

Within the eight faculties, there are more than 110 departments and institutes. At the Budapest University of Technology and Economics, around 1100 lecturers, 400 researchers and other degree holders, as well as countless invited lecturers and practicing expert specialists, participate in teaching and research.

Foreign students account for around 1381 of the university’s 21,171 students, who are from 50 different countries. About 70% of Hungary’s engineering degrees are awarded by Budapest University of Technology and Economics. The Hungarian Academy of Sciences has 34 members among the university’s professors and researchers. Hungarian, English, German, French, and Russian are the five languages available for training.

In the Financial Times European Masters in Management rankings, the University was ranked in the top 50, and it was the first Hungarian university to be included among the best in the field of agriculture. The university has educated finance ministers, National Bank of Hungary chairmen, and prime ministers.

The name of the Selmecbánya university was changed to Royal Hungarian Academy of Mining and Forestry after the Ausgleich. The Academy was relocated from Selmecbánya (now Banská tiavnica, Slovakia) to Sopron when Hungary lost its northern areas to Czechoslovakia during the Treaty of Trianon. The University of Miskolc currently has about 100 faculties, 850 teachers, and over 15.000 students.

This is how far we can go on this article about top Universities in Hungary. If you want to study in Hungary, kindly contact any of the university’s in this article, get more information and start your admission application.