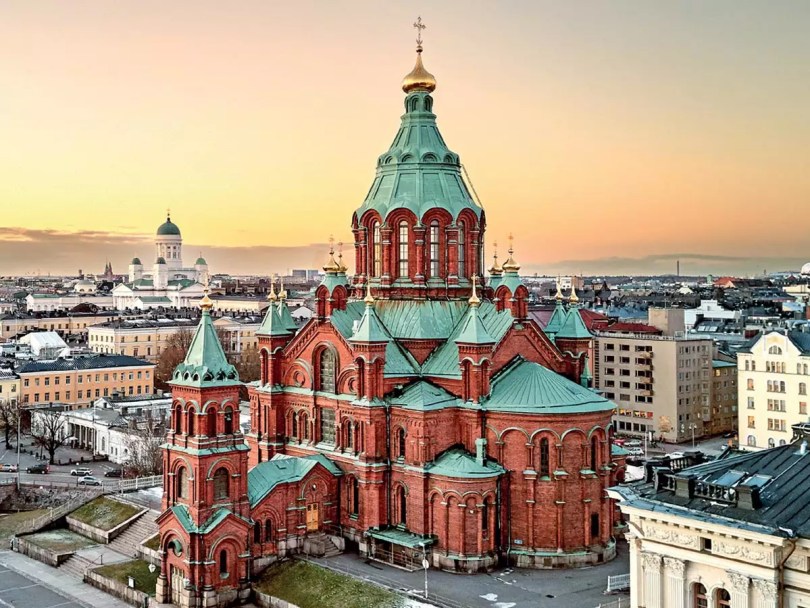 Finland is a country in Northern Europe that is located in the Nordic region. It is bordered on the west by Sweden, on the east by Russia, and on the north by Norway, and is defined on the west by the Gulf of Bothnia and on the south by the Gulf of Finland of the Baltic Sea, which runs through Estonia. Finland has a population of 5.5 million people and a land area of 338,455 square kilometers (130,678 square miles).

Helsinki is the country’s capital and largest city, but it is part of a broader metropolitan area that includes Espoo, Kauniainen, and Vantaa. Finnish, the Finns’ native tongue, is one of the world’s few Finnic languages. The climate varies according to latitude, ranging from the humid continental climate in the south to the cold boreal climate in the north. With over 180,000 reported lakes, the land cover is largely a boreal woodland biome.

Benefits Of Studying In Finland

There are so many benefits associated with studying in Finland which are summarized below:

With one of the top performing education systems in the world, it’s no surprise that Finland has already attracted over 14,000 international students to study there.

Finland continues to outperform the United States, the United Kingdom, Australia, and New Zealand in math, science, and reading, with Finnish universities ranking among the top 3% in the world as of 2019.

Finnish schools attempt to prepare students for the real world and equip them with the tools they need to live a fulfilling life beginning in early childhood. Students are taught using a multi-disciplinary approach that incorporates self-study, problem-solving, and self-development to provide a well-rounded learning experience from preschool to university.

While tuition at Finnish institutions is free for students from Finland and other EU nations, overseas students pay between €6,000 and €16,000 per year in tuition fees.

In Finland, however, there is no scarcity of educational funding opportunities. Many colleges provide large scholarships to international students, which are awarded mostly on the basis of academic achievement. Some colleges may provide a complete scholarship, although scholarships that provide a percentage discount on tuition prices are more prevalent.

The Finnish educational system is built on the principles of equality and freedom. All students in Finland have equal access to a high-quality education, and because to the flat hierarchy of Finnish universities, students and professors are frequently on first-name terms.

In Finnish universities, academic freedom is also a basic value. Students in Finland, unlike those in the United States or the United Kingdom, have the option to choose the courses they want to study, ensuring that each student graduates with a diverse set of skills and knowledge.

Finland offers students and families a good standard of living throughout the country. Not only are the Finnish education and healthcare systems world-class, but the cost of living is also affordable for most students, thanks to numerous student discounts on food and transportation around the country.

Work-life balance is also a key component of Finnish culture. Work, study, and vacation are all given equal weight, so employees and students are free to enjoy the results of their labor, kick back, and relax with their families and friends during their free time.

Good news for students who are interested in pursuing a profession: most Finnish universities offer career services to international students. They can assist you with your job hunt, whether you’re looking for a part-time work as a student or a full-time career once you graduate.

In Finland, having a part-time work while studying is fairly uncommon – according to Statistics Finland, 55 percent of university students have an employment contract while studying.

If you want to work part-time while studying abroad, your student visa allows you to do so for up to 25 hours a week.

With over 32,000 students, the university is not only Finland’s oldest and highest-ranked higher education institution, but also the country’s largest. It includes eleven faculties and eleven research centers, and degrees are offered in Finnish, Swedish, and English.

Aalto University, which is also in the city, is Finland’s second-highest-ranked institution, now ranked equal 137th in the world. The university was established in 2010 as a result of the merger of three previous institutions: Helsinki University of Technology, Helsinki School of Economics, and Helsinki University of Art and Design. The Finnish government wanted to build a new university that would serve as an example of innovation and a symbol of high-quality education. Approximately 12,100 pupils are currently enrolled.

The University of Turku is Finland’s second-largest university, with little over 20,000 students enrolled. The university, which is ranked 276th in the world, is based in Turku, in the southwest of Finland, but it also includes faculties in Rauma, Pori, and Salo. The University of Turku was founded in 1920 as a result of more than 22,000 citizen donations. It emphasizes international collaboration and provides a number of master’s and doctoral programs in association with universities in other countries.

The University of Jyväskylä was formed in 1934 and is formed from the first Finnish-speaking teacher training institution, which was created in 1863. The institution, which is ranked joint 357th in the world, has roughly 15,000 students enrolled in six colleges. It is still known for its teacher-training programs and is regarded as the country’s leading university for education programs. The University of Jyväskylä is ranked among the top 100 universities in the world in the category of education and training, according to the QS World University Rankings by Subject 2017.

The University of Eastern Finland, which has a strong research reputation, has a large network of international collaborators and frequently participates in international initiatives. The university’s main campuses are in Joensuu and Kuopio, with additional facilities in Savonlinna, all in the country’s south-east, in the region traditionally known as Eastern Finland.

The university’s legal obligation was to do research and provide the best education possible in its discipline. The research, which was carried out by 1,800 employees and academic members, mostly concentrated on applied science and frequently had close relationships to a variety of businesses (such as Nokia). A Technology Centre Hermia, which includes a big Nokia research lab, is located near to the university campus.

TUT was one of only two Finnish universities that functioned as a foundation. The university’s annual budget was around 147 million euros. External funds accounted for over half of the budget.  It was ranked 11th in the world and fourth in Europe for industrial partnership, according to Times Higher Education.

Tampere University is largely a research institution, whereas Tampere University of Applied Sciences is mostly a development institution. At the Institute of Biosciences and Medical Technology, pre-merger multidisciplinary collaboration was mostly done across the fields of signal processing, biotechnology, and medical technology (BioMediTech). According to the university, it aspires to be an internationally recognized research community in the fields of technology, health, and society. There are eleven Finnish Centres of Excellence at the university.

This is how far we want to go on this article about Universities in Finland. Hope you have learnt something from it. You can check back again for more interesting article about a different country.