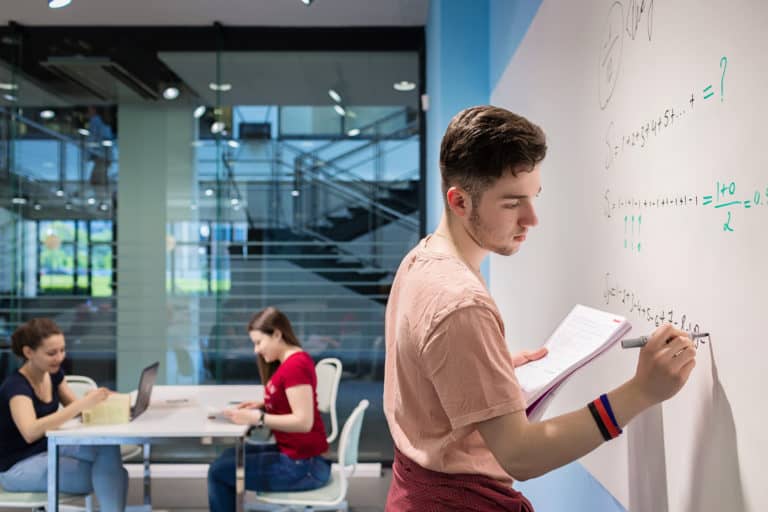 The majority of international students studying in Bulgaria come from the United Kingdom, Germany, Greece, Italy, Israel, Turkey, India, Ghana, and Nigeria, among others.

Before we consider the top universities in Bulgaria, let’s take a look at the benefits associated with studying in Bulgaria and why many people choose to study in Bulgaria.

Why Study In Bulgaria

There are so many reasons international students choose to study in Bulgaria which I’ll like to summarize below:

Living in Bulgaria is far less expensive than living in other European cities. For about 5 EUR, you may have a delicious dinner and a drink in Sofia’s capital city. Even a 20-minute taxi ride costs roughly 6 EUR. It is significantly less expensive in smaller cities. And, as we all know, this is particularly vital when you’re a student with a limited budget.

If the cost of education in the United Kingdom scares you, you’ll adore the costs in Bulgaria (especially when it comes to studying at the best universities). The tuition charge for a full academic year at Plovdiv Medical University or Sofia Medical University is 8000 EUR. In exchange, you will receive a globally recognized diploma and will have the opportunity to meet people from all around the world.

Some of the greatest universities in the United Kingdom, or any other major European country, do not have enough spots for prospective applicants, thus competition is high and everyone must be an A student. Even if you have an A- or B, this could indicate that European colleges have closed their doors to you. Bulgaria, on the other hand, is a very different story. Every year, Sofia Medical University welcomes approximately 700 international applicants with various grades who are looking for a fresh start and a chance to distinguish themselves as excellent scholars.

Because Bulgaria is a member of the European Union, all certificates and diplomas granted there are internationally recognized. As a result, if you choose to work or pursue another degree in another country, you’ll have an easier time finding one and getting accepted. Finally, because we are members of the European Union, exchange programs like Erasmus + are available at any university!

These are some of the top universities in Bulgaria with very affordable tuition fees usually in the range of 3000 to 8000 Euro per year. Do well to contact them and get more information.

Sofia University is Bulgaria’s oldest higher education institution. The university’s building, which was built between 1924 and 1934 with the financial help of the brothers Evlogi and Hristo Georgiev (whose sculptures are currently exhibited on its façade), has an area of 18,624 m2 and a total of 324 premises and was founded on October 1, 1888. Over 21,000 students are educated at the institution, which comprises 16 faculties and three departments. Anastas Gerdzhikov is the current rector.

It has regularly been ranked as Bulgaria’s top institution in national and international rankings, consistently ranking among the top 4% of world universities according to QS World University Rankings.

The New Bulgarian University is a private university in Sofia, Bulgaria’s capital. Its campus is located in the city’s western section, next to the Vitosha nature park. The institution also has a publishing firm and a library, as well as a number of other facilities across the country.

The Technical University in Sofia is Bulgaria’s major technical university. It has been an independent institution since 1953, when the Polytechnic was divided into four separate technical institutes, when it was founded on 15 October 1945 as part of the Higher Technical School (later renamed to State Polytechnic). It has held its current name and university status since July 21, 1995, and has 14 primary faculties in Sofia, Plovdiv, and Sliven, as well as three extra foreign language faculty in German, English, and French.

The University of Ruse (Bulgarian: усенски университет “нел нев”) is a public university in the Bulgarian city of Ruse. The university was established on July 21, 1995, following the dissolution of the Higher Institute of Mechanical Engineering, Mechanization, and Electrification of Agriculture (Bulgarian: ис институт о маиностроене, меаниаи и електриикаи на селското стоанство), which was founded on November 12, 1945. This was the country’s first national higher technical school outside of Sofia.

With a Doctor of Science qualification, the University of Ruse employs 31 professors, 177 docents, and another 85 helpers.

The University of Ruse’s mission and strategic role as an educational, scientific, and intellectual hub of the Ruse area and northeast Bulgaria on a national and international level are determined by its history and geography.

The Paisii Hilendarski University of Plovdiv, popularly known as Plovdiv University, is a university in Plovdiv, Bulgaria. It comprises nine faculties and was created in 1962.
The city’s largest cultural and scientific institution, Plovdiv University, is named for the Bulgarian historian Paisii Hilendarski (also known as Saint Paisius of Hilendar in English). After St. Kliment Ohridski University of Sofia and St. Cyril and St. Methodius University of Veliko Tarnovo, it is the largest higher education institution in southern Bulgaria and the third largest university in Bulgaria.

The University of Plovdiv is now regarded as a legitimate university by international standards, as it educates students in four major sectors of higher education: natural sciences, humanities, social sciences, and economics. The National Certification and Accreditation Board has granted institutional accreditation to Plovdiv University “Paisiy Hilendarski” (Protocol No. 1 of 15 February 2001). The university’s nine faculties have around 7,500 full-time and 5,000 part-time students enrolled in their programs and courses. There are 34 full professors, 167 associate professors, and 360 assistant professors on the full-time teaching faculty.

The American Institution in Bulgaria (AUBG) is a private university in the Bulgarian city of Blagoevgrad. AUBG was founded in 1991 and now has around 1,000 students from over 40 nations across five continents (as of Fall 2019). Nearly half of the pupils are from other countries.

According to the national university rankings for 2019, AUBG is a national education leader for the ninth year in a row.

AUBG graduates had the lowest unemployment rate and the highest average income (Administration & Management, Economics, Political Science and Public Communications & Information Sciences). In terms of status, welfare, and administrative services, AUBG ranks first in all five fields. According to the rankings, AUBG accepts students with the highest diploma GPA in each of the five fields.

The Medical University of Varna (MU-Varna) is a Bulgarian governmental school of higher education committed to teaching specialists in the domains of medicine and healthcare who get Master’s, Bachelor’s, and Professional Bachelor’s degrees.

In 2008, the Medical University of Varna became the first university in Bulgaria to use the European Foundation for Quality Management’s EFQM® methodology for Business Excellence. The University’s diplomas are accepted in all nations in the European Union.

Trakia University, often known as Thrace University, is a Bulgarian university in Stara Zagora. It was founded in 1995 and named after the historical area of Thrace.

In the system of lifelong education, the university arranges training on programs with four educational and qualification degrees: Bachelor, Master, and PhD, as well as on programs for qualification and post-graduate training. While the university has long taught in the native languages, it has only recently begun to teach English in the majors of Medicine and Veterinary Medicine.

The National Assessment and Accreditation Agency of the Council of Ministers has granted Trakia University accreditation. A diploma with the appropriate degree of certification is issued.

These are the toped ranked universities in Bulgaria that offer qualitative education to international students. You can contact them and get more information.