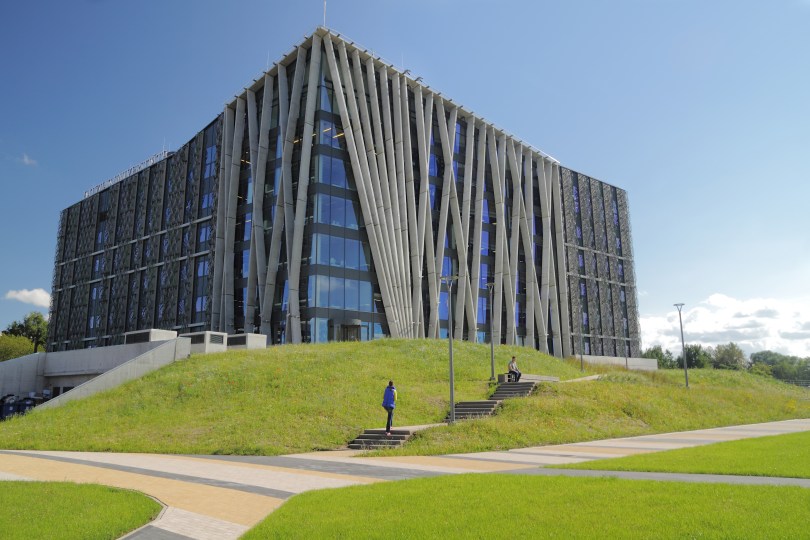 Latvia is another cool European country for qualitative education. Universities in Latvia have good ranking in the world and also offer affordable education to international students. Our focus today will be on top universities in Latvia, before we start, however, let’s look at a brief overview of education in Latvia, the benefits associated with studying and living in Latvia.

Latvia is a country in Northern Europe’s Baltic area. It is one of the Baltic states, bordering on the north by Estonia, on the south by Lithuania, on the east by Russia, on the southeast by Belarus, and on the west by Sweden. Latvia has a population of 1.9 million people and a land area of 64,589 km2 (24,938 sq mi).

The climate in the country is mild throughout the year. Riga is the capital and largest city of Latvia. Latvians are part of the Balt ethnolinguistic group and speak Latvian, one of the two remaining Baltic languages. Russians make up a significant minority in the country, accounting for over 24% of the population.

Academic and professional subjects are largely separated in Latvian higher education. Professional programs are more vocational, preparing students for graduate careers in the design or enhancement of systems, products, and technologies, as well as creative, research, and teaching activities in their chosen field.

Academic programs are designed to improve students’ independent research skills and provide a theoretical background for careers, whereas professional programs are more academic, preparing students for graduate careers in the design or enhancement of systems, products, and technologies, as well as preparing them for creative, research, and teaching activities in their chosen field.

The Bologna system is followed by Latvian universities, which offer three degrees of study (bachelor’s, master’s, and PhD). Bachelor’s degrees typically last three to four years, whereas master’s degrees last one to two years. Exams are held in May and June during the academic year, which runs from September to June.

Although Latvian colleges primarily teach in Latvian, there are a few English-taught programs available, several of which are explicitly geared toward international students.

Benefits Of Studying in Latvia

Latvia sits at a crossroads on the Baltic Sea’s coastlines, serving as a link between East and West. Living in Latvia is like living in a melting pot of east, west, north, and south cultures and traditions. Latvia is a member of the European Union.

For you, studying in Latvia will open the doors to Europe. An EU student visa allows you to travel (at a reduced cost) around the EU and look for work. Obtaining a European education degree is a desire for many people. Riga, the country’s gorgeous capital, is aesthetically stunning and a UNESCO World Heritage Site.

IELTS is not required, and the total cost of education is equivalent to that of Indian universities. The world-class universities of Riga Technical University, Stradins University, and the University of Latvia are all highly ranked.

You can now see few of the many reasons people choose to study in Latvia. Let’s now consider some of the top universities in Latvia that offer qualitative education at a very affordable cost.

The following universities are the top universities in Latvia with tuition fees usually in the range of 2000 to 6000 Euro per year for international students.

The University of Latvia is one of the largest and most distinguished universities in the Baltic States, with over 15,000 students and a ranking of 47th in the QS University Rankings: EECA 2016 and 651-700* in the overall QS World University Rankings® 2016/17. The university, which was founded in 1919, has received four out of five stars in the QS Stars rating system, with five stars in the categories of internationalization, teaching, facilities, and innovation. Medicine and dentistry are among the foreign programs offered by the institution, which are taught partly or entirely in English.

This year, Riga Technical University (RTU) is placed joint 64th in the EECA rankings, and it was the first technical university in the Baltic States to be established, dating back to 1862 under the name Riga Polytechnicum. The technical institutes of the University of Latvia were separated in 1958 to form the Riga Technical University, which was reborn in 1959. (RTU). RTU is now responsible for a significant amount of research that is critical to the Latvian economy, and the institution has been awarded three QS stars, including a five-star rating in the category of “employability.”

The public Riga Stradins University (RSU), which is ranked on position 111-120 category, is the final Latvian university to appear in the EECA ranking. Riga Stradins now has 7,875 students enrolled, including 1,775 international students, representing 50 countries in total, placing it in the top ten of the EECA for proportion of international students. RSU, which was founded in 1950 as Riga Medical Institute, is known for its health sciences and is the only Latvian university that has always been integrated into the country’s healthcare system.

The Riga Civil Aviation Engineers Institute, which was established in 1919, is one of several significant engineering higher education institutions in Soviet Latvia and the Soviet Union.

Many businesses owe their existence to the institute’s alumni. In those days, thousands of students graduated from this higher education institution. There were students from 93 different nations among them (India, Pakistan, Lebanon, Egypt, Kenya, Ecuador, Mexico, Portugal, Greece, Hungary, Poland, etc.).

Many of them went on to become CEOs of airlines, air transport corporations, and aviation institutes in various nations throughout the world. Some of them went on to become well-known pilots and astronauts. Many alumni have gone on to work for the world’s premier aircraft engineering corporations, aviation research organizations, and space centers thanks to the high quality of their education.

Latvian Maritime Academy  is a Latvian maritime academy based in Riga. It is the only institution in Latvia that gives university-level degrees in the maritime sector, and it awards degrees below the doctoral level. In the 2015/2016 academic year, 237 students were admitted, bringing the total number of students to 916.

The University of Daugavpils is the country’s largest regional university and is located in Daugavpils, Latvia.

Over 4200 students were enrolled in study programs in 2008. Cooperation with institutions outside of the European Union in the CIS is facilitated by a substantial Russian-speaking enrolment and faculty.

Students can study for one or two semesters at European partner universities through Erasmus+ mobility opportunities. The Else Marie Tschermak Foundation in Denmark provides support to students who wish to study or do research overseas.

The Students’ Council, the campus newspaper “Lai Top!” (Let it Be! ), the Latgale Students’ Centre, the Association of Young Scientists of Daugavpils University “DUJZA,” the Art Teacher’s Union, the Health Care Centre, and the Natural Research and Environmental Education Centre all help to organize student life.

Students can also learn a foreign language, participate in the “Laima” student dance group, and use the Sport Complex. Students that are interested in working in research institutions and centers can do so.

The Latvian Academy of Music, originally the Riga Conservatory, is a music higher education institution in Riga, Latvia, located at 1 Barona Street. The Emls Drzi Music School is the junior institute.

Jzeps Vtols, a Latvian composer who also served as the first director of the Latvian National Opera, created the Latvian Conservatory of Music in 1919. With the exception of 1935-1937, when his choral assistant Pauls Jozuus served as director, he remained director until 1944. Junior and senior courses lasted approximately 9 to 10 academic years.

The conservatory’s organization altered in 1940, when the lower junior courses were transferred to the secondary education system and later provided the foundation for Jzeps Medi’s and Emls Drzi’s secondary schools of music. In the conservatory, courses for higher education were formed. The LPSR Institute of Theater was merged into the conservatory on October 1, 1951, transforming it into a college of theater with acting and directing departments.

These is the list of top universities in Latvia that offer qualitative education at a very affordable rate. If you want to study in Latvia, all you have to do is contact any of the university’s listed here and request for application information. Most of them accept online application for admission.