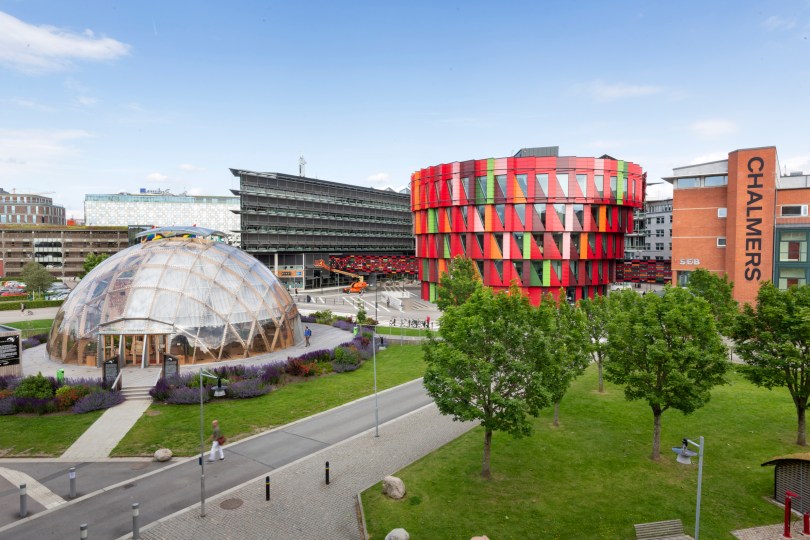 There are well over 17 Universities in Sweden offering qualitative education. Today, we shall focus on some of these top universities in Sweden and their tuition fees for international students. Before I provide this information, however, will like us to look at the benefits associated with studying in Sweden.

Benefits Of Studying In Sweden

Let’s briefly look at the top reasons, many international students choose to study in Sweden.

The Swedish education system’s quality and international stature are self-evident, with universities consistently ranked among the best in the world. Any student’s academic CV would benefit greatly from the addition of one of its fine universities.

Consider Uppsala University, which is the oldest university in the Nordic region. If you want to make it in the big city, study abroad at Stockholm’s University in Sweden’s capital, Stockholm.

Sweden has a fascinating and distinct student culture rooted in centuries of tradition. Student nations, organizations specifically responsible for organizing student events, can be found in abundance in the cities of Uppsala and Lund, which have Sweden’s largest student populations. Each country has its own personality, and new international students have the opportunity to meet and associate with both Swedish and non-Swedish students.

Furthermore, students in Sweden have access to a diverse and abundant culture in which to immerse themselves. Are you familiar with the Flogsta scream? Students in Uppsala’s Flogsta district congregate every night at 10 p.m. to let out a collective scream into the night. It may appear unusual at first, but it’s only one of many examples of students banding together to help one another while having a good time.

While Swedish is Sweden’s official language, it is a rich and beautiful language, Swedes placed second in the world for English as a second language skills in 2017. Sweden is a fantastic place to learn and improve your English language abilities as the world becomes increasingly linked and businesses want to expand beyond national and linguistic boundaries.

A study abroad program in Sweden, on the other hand, would provide the best opportunity to learn Swedish. The Swedish language, which is spoken by roughly ten million people, has many similarities to English, and knowing a few will make it much easier to integrate into your new cultural circumstances.

Witness the awe-inspiring Northern Lights or the lengthy summer days. The geographic location of Sweden makes it ideal for natural aesthetic extremes. It’s no surprise that Swedes are skilled outdoorsmen, given their “freedom to roam,” or the general public’s entitlement to explore practically all public territory for recreational purposes.

Sweden has made a significant contribution to history, from the Vikings to Abba, and Swedes are proud of it. The historical attractions of Sweden are accessible and championed throughout Sweden, and a joy to witness, thanks to countless museums and festivals.

Moreover, several museums provide free admission on a regular basis or on certain days throughout the year. If there is a cost, students are usually given a substantial discount. Some students also receive free access to many of the museums, depending on their field of study.

By the time you leave Sweden, you will be astounded at how the country of the Vikings has evolved into one of the world’s most peaceful and equitable civilizations.

these are just a few of the many benefits associated with studying in Sweden. We now want to consider some of the top universities in Sweden with their tuition fees for international students.

Here’s a list of the top universities in Sweden that offer qualtative education to students:

The Karolinska Institute was founded in 1810 on the island of Kungsholmen on Stockholm’s west side; the main site was moved to Solna, just outside Stockholm, decades later. In Flemingsberg, Huddinge, south of Stockholm, a second campus was recently established.

After Uppsala University (established in 1477) and Lund University, the Karolinska Institute is Sweden’s third oldest medical school (founded in 1666). It is one of Sweden’s largest teaching and research centers, accounting for 30% of medical education and more than 40% of all academic medical and life science research in the country.

Lund University is a famous research university in Sweden, as well as one of the oldest universities in northern Europe. The university lies in the city of Lund, in the Swedish region of Scania. It dates back to 1425, when a Franciscan general studium was established in Lund. The university was officially formed in 1666 on the site of the former studium generale close to Lund Cathedral, after Sweden recovered Scania from Denmark in the Treaty of Roskilde in 1658.

With roughly 44,000 students in 270 different programs and 1,400 independent courses, Lund University comprises nine faculties and extra campuses in the cities of Malmö and Helsingborg. The institution is a member of the League of European Research Universities as well as the global Universitas 21 network, with 640 partner universities in nearly 70 countries. Lund University is routinely listed in the top 100 universities in the world.

Uppsala University is a Swedish public research university located in Uppsala. It is the oldest university in Sweden and all of the Nordic countries, having been founded in 1477. In recent years, it has been placed among the world’s top 100 universities in a number of high-profile international rankings. The university’s motto is “Gratiae veritas naturae,” and it emphasizes natural sciences.

The institution gained prominence during the development of Sweden as a great power at the end of the 16th century, and was later granted financial stability by King Gustavus Adolphus’ huge donation in the early 17th century. In historiography, literature, politics, and music, Uppsala holds a significant historical place in Swedish national culture, identity, and the Swedish establishment. Uppsala is the birthplace of many characteristics of Swedish academic culture, such as the white student cap. It has certain similarities to Lund University and the University of Helsinki.

Stockholm University is a public research university in Stockholm, Sweden, that was established as a college in 1878 and has been a university since 1960. It is one of the largest universities in Scandinavia, with approximately 33,000 students studying in four faculties: law, humanities, social sciences, and natural sciences. The Academic Ranking of World Universities ranks the university among the top 100 universities in the world (ARWU).

Stockholm Institution, Sweden’s fourth oldest university, was awarded university status in 1960. Stockholm University, like other public institutions in Sweden, has a goal that combines teaching and research that is rooted in society.

The University of Gothenburg is located in Gothenburg, Sweden’s second largest city. The University is the third-oldest of the present Swedish institutions, and it is one of the largest in the Nordic countries, with 37,000 students and 6000 employees.
The University of Gothenburg is one of Sweden’s most diverse and adaptable universities, with eight colleges and 38 departments. Its eight colleges provide education in the Creative Arts, Social Sciences, Natural Sciences, Humanities, Education, Information Technology, Business, Economics, and Law, as well as Health Sciences.

In several of its areas and courses, the University of Gothenburg has the highest number of applicants per study place, making it one of Sweden’s most popular universities.

Stockholm’s KTH Royal Institute of Technology is a public research institution. KTH is Sweden’s largest technical university, conducting research and instruction in engineering and technology. KTH currently has five schools and four campuses in Stockholm and the surrounding area.

The Laboratorium Mechanicum combines educational technology, a laboratory, and a platform for showcasing new ideas. KTH was given its current name, Kungliga Tekniska högskolan, in 1877. (KTH Royal Institute of Technology). The High Protector of KTH is King Carl XVI Gustaf of Sweden.

KTH is Sweden’s most prestigious technological university. In the QS World University Rankings for 2022, it is rated 89th out of all universities worldwide.

Umea University is a public research university in Umea, Sweden, in the country’s mid-northern region. The university was established in 1965 and is currently Sweden’s fifth oldest.

Ume University has around 31,000 registered students (roughly 16,000 full-time students) as of 2015, including postgraduate and doctoral students. It employs almost 4,000 people, half of them are teachers or researchers, with 368 professors among them.

The institution is well-known internationally for its work on the genomes of the poplar and Norway spruce trees, as well as its highly regarded Institute of (industrial) Design.

Orebro Institution is a Swedish state university located in the city of Orebro.
Rebro’s university education began in the 1960s, when Uppsala University began to offer several courses in the city. In 1977, Högskolan I Orebro (Orebro University College) was established as an autonomous högskolan (university college) based on these activities.
Three other existing educational institutions in ORebro were also absorbed into this university college: the teaching seminar, the sports college (established in 1966), and the social work college (founded 1967). The Government of Sweden granted Orebro University College university rights in 1999, making it Sweden’s 12th university.

The university was granted the right to confer medical degrees in cooperation with Orebro University Hospital on March 30, 2010, making it Sweden’s seventh medical school.

The Swedish Research Council founded the Centre of Gender Excellence, which is co-hosted by Orebro University.

One of the most popular legal programs in Sweden is at ORebro University (number 10 in 2018, with more than 4,800 applicants).

Swedish Agricultural University (SLU) or Swedish University of Agricultural Sciences (SUAS) is a university in Sweden. Although the university’s main site is in Ultuna, Uppsala, the university has other campuses throughout Sweden, including Alnarp in Lomma Municipality, Skara, and Ume. It is funded through the Ministry of Rural Affairs’ budget, unlike other state-owned institutions in Sweden. The Euroleague for Life Sciences (ELLS), which was founded in 2001, was co-founded by the University.

These are the top universities in Sweden with their tuition fees and other information. You can contact them and get more information about the programs and application process.