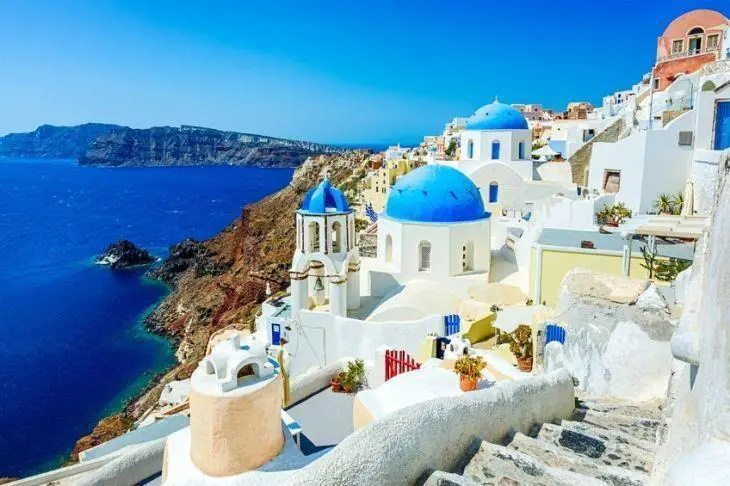 Benefits Of Studying In Greece

Greece is gradually becoming a popular study abroad option for students. Greeks are generally kind and live a laid-back or relaxed lifestyle. Here are some of the benefits associated with studying in Greece.

If you enjoy the sun, Greece is the place to be! The weather is without a doubt the most appealing aspect about studying in Greece. Athens, after Valletta, is Europe’s warmest capital. The sunniest month is normally July, and the cloudiest month is December. This country, however, is blessed with bright days and pleasant weather virtually all year.

If you are a student from the European Union or the European Economic Area, you will almost certainly not be charged any tuition fees for a Bachelor’s degree. However, an increasing number of Masters programs are demanding students to pay for their education. If you are an international student, you will be required to pay annual tuition fees of less than €10,000, which includes textbooks.

Depending on the university, books may be provided free of charge to students. The Aristotle University of Thessaloniki, for example, provides hot lunches twice a day and free gym access to all of its students.

Students in Greece spend on average between €450 and €700 per month on housing, bills, phone plans, public transportation passes, and other expenses. When compared to other European destinations such as Spain and Germany, the average monthly living costs might potentially reach €800, depending on the city.

If you study there, you will have the opportunity to sample some of the country’s delicacies. Tsatsiki, feta, olives, and gyros are just a few of the many Greek delicacies worth sampling. The Mediterranean diet is thought to be one of the healthiest on the planet. Fish, nuts, fruits, and vegetables, to name a few, can help reduce inflammation in the body, as well as diabetes risk.

These are just a few of the many benefits associated with studying in Greece. You will get to experience more, if you decide to study in Greece. Now, we want look at some of the top universities in Greece.

Greece boast of some top universities that offer qualitative education at a very affordable tuition fees starting at 700 Euro per year. Let’s now look at some of these universities.

Greece’s highest-ranked university, the National Technical University of Athens, is placed joint 477th in the world in 2021. The National Technical University of Athens (or NTUA) is one of Greece’s oldest universities, having been founded in 1837. It now has about 23,900 students, the majority of them are enrolled in five-year programs leading to a diploma comparable to a Master of Engineering or Science.

The university’s nine academic schools (faculties) encompass a wide range of engineering disciplines, as well as architecture, applied mathematics, and physics. Although classes are taught in Greek, students participating in the Erasmus exchange program do projects in English. NTUA offers numerous campuses throughout Athens, Greece’s vibrant and ancient city.

National and Kapodistrian University of Athens

The University of Crete is a multidisciplinary, research-oriented university on the Greek island of Crete, with campuses in Rethymnon (official seat) and Heraklion. It is one of the country’s most prestigious academic institutions.

There are 16000 registered students and 2500 registered postgraduates, as well as more than 500 faculty members and around 420 administrative employees, as of 2017. The University was rated 62nd on The Times Higher Education’s (THE) 2018 list of top universities for students aged 50 and under.

In 2019, there were more than 33,000 students enrolled (29.901 at the undergraduate level and 3,931 at the postgraduate level). It consists of 7 Schools and 35 Departments, with 715 professor members, 226 scientific staff members, and 454 administrative professionals.

Athens University of Economics and Business

The Athens University of Economics and Business was founded in 1920 in Athens, Greece, and is the country’s oldest economics university. Prior to 1989, the university was known in Greek as the Supreme School of Economics and Business (ASOEE, Anotati Scholi Oikonomikon kai Emborikon Epistimon). Though the official name of the university of business has changed, it is still recognized in Greek by this former abbreviation.

It is Greece’s oldest university in the subjects of Economics and Business, with roots dating back to the founding of a Merchant Academy in Athens. Prior to 1955, the school only provided one degree in general economics and business. The School’s study period was extended from three to four years in 1955, with two cycles of study leading to two distinct degrees: one in economics and the other in business administration.

The school was organized into three departments in 1984, notably the Departments of Economics, Business Administration, and Statistics and Business Informatics, the last of which was renamed the Informatics Department in 1995.

In 1875, United Church of Christ American missionaries created the American College of Greece (ACG) in Smyrna, Asia Minor. Originally, it was a girls’ primary and secondary school. In 1875, the American College of Greece was formed as a girls’ school in Smyrna, Asia Minor. Following the surrender of Asia Minor to the Turks, it was transported to Hellenikon, Athens, at the invitation of then-Prime Minister of Greece Eleftherios Venizelos.

Its premises were used as a hospital under German command during the Axis occupation of Greece. The College reopened after the war at Hellenikon, where it remained until it relocated to its current site in the Athens suburb of Agia Paraskevi.

Are Universities in Greece free?

EU/EEA students are normally not charged any tuition fees at Greek state universities, with the exception of a few Master’s programs. All other overseas students will be charged tuition fees ranging from 1,500 to 9,000 EUR per year, which will include textbooks for the courses they are enrolled in.

Is Greece good for international students?

Greece is one of the finest places to study abroad because of its beautiful weather, excellent universities, and affordable living costs. However, you may not be able to work and study at the same time. Salaries are low, and many jobs require a rudimentary understanding of Greek.

Is cost of living affordable in Greece?

For international students, Greece is one of the more affordable European options. Most people should be able to live comfortably on a monthly budget of 450–750 EUR. Greece is a member of the European Union, hence the euro is its official currency (EUR).

How good is education in Greece?

How safe is Greece?

Greece is a very safe place to visit. Crime and violence are unlikely to be encountered by visitors. The only thing to be concerned about is minor crime on the streets, but if you take the necessary precautions, your trip should go off without a hitch.