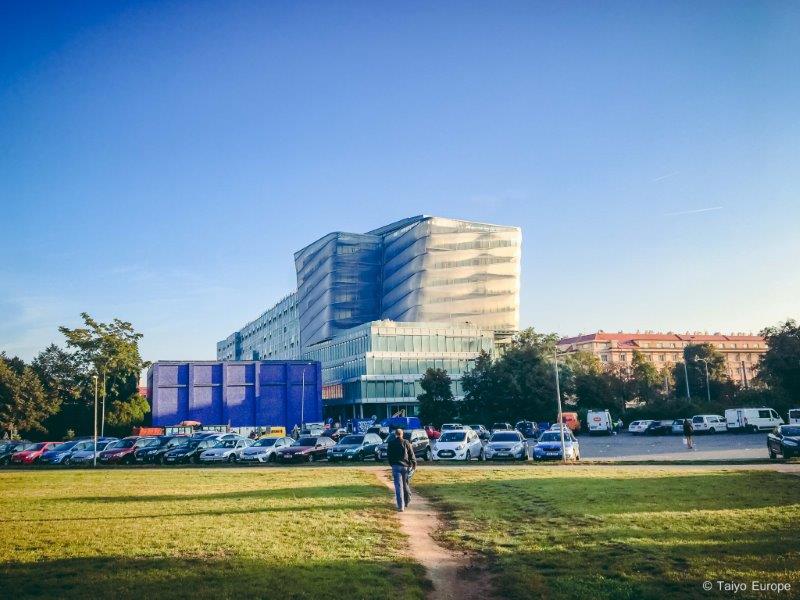 The Czech Republic, often known as Czechia, is a landlocked country in Central Europe that was originally known as Bohemia. It is bordered on the south by Austria, on the west by Germany, on the northeast by Poland, and on the east by Slovakia. The Czech Republic has a hilly environment with a largely temperate continental and oceanic climate that covers an area of 78,871 square kilometers (30,452 square miles).

There are quite a number of reasons why you should study in Czech republic as summarized below:

One Of The Best Education System In Europe

When it comes to studying Science, Engineering, or Medicine in the Czech Republic, the high quality and heritage of Czech education and research are well known. Charles University in Prague, the country’s capital, was established in 1348 and is Central Europe’s oldest university. The Accreditation Commission and the Czech Ministry of Education, Youth, and Sports are in charge of assessing the quality of higher education in many areas.

Tuition fees are free in the Czech Republic if you take a course taught exclusively in Czech at a public or state institution, regardless of your nationality. Unless you decide to prolong your studies beyond a particular term limit, to pursue a different course than the one you originally applied to, or to study in a language other than Czech, admission expenses are the only enrolment costs you will have to bear.

Even if you choose a private university over a public university with free tuition, the fees will be cheaper than in other nations with similar educational reputations. Private universities determine their own prices, which can range from 2,000 to 15,000 USD per year depending on the programme and university.

Aside from the educational advantages, life in the Czech Republic is less expensive than in other European countries, particularly when compared to the United Kingdom, France, and Germany. Every-day expenses, such as food and lodging, as well as public transportation, typically cost between 350 and 750 USD a month, with the type of lodging making the most difference in your monthly budget.

You will also be able to take advantage of special discounts at a variety of locations and activities with the International Student Identity Card (ISIC), which you will acquire before traveling to the Czech Republic once you have been accepted into a Czech university.

As the number of courses taught in foreign languages, particularly English, grows, more international students are flocking to the Czech Republic to pursue their undergraduate or postgraduate degrees. Another reason is that Czech institutions are becoming increasingly internationalized, with investments in partnerships and cooperative operations with European Union countries and others. More than 37,000 international students are currently enrolled in Czech higher education institutions. You’ll have no trouble making new friends!

Here’s a list of top universities in Czech Republic that offer qualitative education at affordable or free tuition rate.

There is no joint campus at Charles University. Three faculties are located in other cities (two in Hradec Králové and one in Pilsen) while the academic facilities are spread around the city of Prague. Carolinum, the university’s main structure from the 14th century, is located in Prague’s Old Town and serves as its focal point. It is the rector’s and the Academic Senate’s residence at Charles University. Carolinum is also where official academic ceremonies like matriculations and graduations take place.

Karolinum Press is the university’s scholarly publishing house, and it also runs many museums. The Botanical Garden of Charles University is located in the New Town and is administered by the university’s Faculty of Science.

University of Chemistry and Technology, Prague

The University of Chemistry and Technology in Prague is the Czech Republic’s largest chemistry-focused university. Though it was formed in 1952, UCT Prague has roots in the early nineteenth century and Prague Polytechnic, a precursor to today’s Czech Technical University in Prague, and has been one of Central Europe’s premier chemistry research universities since that time. Every year, around 3,600 students are accepted. UCT Prague had 510 academic and 361 research workers in 2014.

With eight faculties, Czech Technical University in Prague is one of the largest universities in the Czech Republic and one of the oldest technology institutes in Central Europe. It is also Europe’s first non-military technological university. Czech Technical University offered 130 degree programs in Czech and 84 in English in the academic year 2020/21. In the same year, it was named one of the top ten universities in rising Europe and Central Asia.

Masaryk University (MU) is the Czech Republic’s second-largest university and a member of both the Compostela Group and the Utrecht Network. It was founded in 1919 in Brno as the second Czech university (after Charles University, which was founded in 1348 and Palack University, which was active from 1573 to 1860), and today has nine faculties and 35,115 students. Tomá Garrigue Masaryk, the first president of an independent Czechoslovakia and the pioneer of the drive for a second Czech university, was honored with the name.

Brno’s Mendel University is located in the Czech Republic’s Brno. It was founded on the grounds of the former Tábor Academy on July 24, 1919. Faculty of Agronomy, Faculty of Forestry and Wood Technology, Faculty of Business and Economics, Faculty of Horticulture, Faculty of Regional Development and International Studies, and Institute of Lifelong Education now make up the university.

Since 1994, it has been named after Gregor Mendel, a botanist and the “Father of Genetics” who lived and worked in this city during his lifetime. The university was ranked #701-750 in the QS World University Rankings top 1,000 for the first time in June 2020.

The Technical University of Liberec is a Czech university located in the city of Liberec. In its sixty-year history, the university has undergone significant changes. It was formerly known as the Liberec Institute of Mechanical Engineering, and its first classrooms were in the attics of the F. X. Alda Grammar School. These later functioned as teacher housing, and it was here that the earliest designs and ideas for the college’s future form and orientation originated. On October 1, 1953, the first 259 students were admitted.

There are seven faculties and one specialized institute at the university today and they include:

Czech University of Life Sciences Prague  is a Czech university of agricultural education and research founded in 1906 in Prague, Czech Republic.

The University provides bachelor’s, master’s, and doctoral programs, all of which are based on a credit system. There are now 40 English-taught programs available at the institution, with around 15 at the bachelor’s level and 25 at the master’s level.

CULS is home to the Secretary of the Interfaculty Committee Agraria. The Czech University of Life Sciences (CULS) joined the Euroleague for Life Sciences (ELLS) in 2005 and is a participant in the Biofector project.

This is how far we can go on this article and we hope you have learnt one ot two things from it. If you want to study in Czech republic, kindly contact the above mentioned universities in Czech and start your admission application.