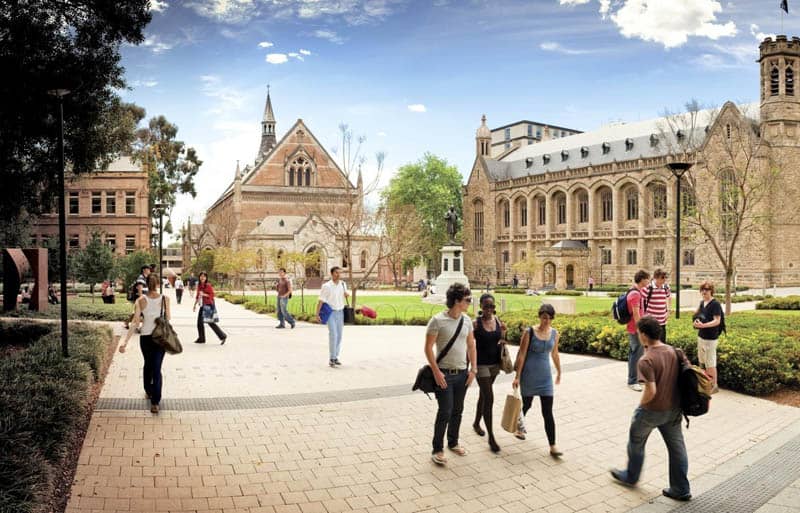 Despite its modest size, Australia is highly regarded for having some of the world’s greatest research institutions. A large number of Australia’s main universities provide high-quality academic degrees in science subjects such as nursing and healthcare, chemistry, biology, zoology and wildlife, mathematics, technology, and engineering. A study abroad program in Australia is a wonderful addition to any student’s professional résumé because the educational degrees earned here are recognized all over the world.

In Australia, there are over 40 universities, each of which offers a wide range of chances to study a variety of courses. The majority of study abroad students prefer larger universities, where they have access to the same range of courses as any major American university. For instance, the Australian National University has a mind-boggling 750 course combinations! This implies that you will not only be able to take classes connected to your major, but you will also be able to widen your horizons by enrolling in unusual courses that you may not be able to find at your local college.

The cost of studying abroad is frequently the deciding factor for individuals who want to pursue an international education. Recognizing this, and wanting to provide students with every opportunity to express themselves, the Australian government sets aside more than $200 million each year for international students studying at Australian universities. These are usually merit-based, and some have specific restrictions for application, such as grade requirements, financial need, and so forth. Students who have been admitted to study in Australia should check with the university’s financial assistance department to see if there are any scholarships available.

International students who are on a student visa can work part-time, which can assist them reduce the cost of studying in Australia. Students can work up to 40 hours every two weeks in positions that simply require basic skills, such as in the food and beverage industry, at gas stations, or on their university campuses. This is something that has the potential to significantly reduce the cost of schooling and living expenditures. Work has dignity, and no job is deemed degrading. With a minimum wage of little under 17 dollars per hour in Australia, students can cover a significant portion of their living expenditures such as rent, groceries, utilities, and possibly even some tuition.

These are a few of the benefits associated with studying in Australia. Let’s now consider some of the top best universities in Australia that offer qualitative education.

Here are the best universities in Australia based on the current world universities rankings. Feel free to contact any of the universities and get more information about their programs.

For the second year in a row, Australian National University (ANU) has been named the best university in Australia, scoring highly on almost all indicators, including academic reputation, international faculty, international students, and citations per faculty ratio, all of which are among the top 50 in the world. The main campus of the Australian National University is in Acton, Canberra, however there are satellite campuses throughout New South Wales and the Northern Territory.

International students account for 42 percent of the university’s student population, with students hailing from more than 130 countries

University of Queensland which has moved up one spot to 46th place this year. Two Nobel Laureates, Peter C. Dogerty and John Harsanyi; Academy Award winner Geoffrey Rush; and luminaries in government, law, research, public service, and the arts are among the university’s graduates. UQ researchers are responsible for a number of recent breakthroughs, including the cervical cancer vaccine.

Monash University moves up three spots to 55th rank this year. It is ranked 43rd among the top 50 universities in the world for academic reputation, and it receives a perfect score in the foreign students indicator. Monash University is primarily based in Melbourne, although it also includes five campuses around Victoria, as well as two international campuses in Malaysia and South Africa.

The University of Technology Sydney (UTS) is now ranked joint 133rd in the international university rankings, up seven places from last year. UTS ranks 67th, 78th, and 85th, respectively, in the indicators of citations per teacher, international students, and employer reputation.

UTS is one of Australia’s best universities, having been founded in 1988. Their goal is to expand knowledge through collaborating with industry, professions, and the community to deliver research-inspired teaching.

The University of Wollongong has moved into the Australian top ten this year, moving 16 places to 196th in the world. The university ranks 75th in the world in terms of citations per faculty, indicating that its research output is of excellent quality.

The University of Wollongong was formed in 1975 with the help of local residents. Since then, the institution has worked in collaboration with its communities to make a difference in the Illawarra region and to address society’s economic, environmental, social, and medical issues.

Other Top Universities In Australia

The University of Newcastle (UON), sometimes known as Newcastle University, is a public university in Australia that was founded in 1965. It has a main campus in Callaghan, New South Wales, which is a suburb of Newcastle. Ourimbah, Port Macquarie, Singapore, Newcastle CBD, and Sydney CBD are all home to the university.

The problem-based learning system was first established at the University of Newcastle Medical School for its undergraduate Bachelor of Medicine degree, and was later mandated by the Australian Medical Council for usage across Australia. In the early 1990s, it was the first to employ the Undergraduate Medicine and Health Sciences Admission Test (UMAT). Since then, UMAT has been widely acknowledged as an extra selection factor by several medical schools around Australia.

Macquarie University is a public research university located in the Macquarie Park neighborhood of Sydney, Australia. It was the third university to be created in the Sydney metropolitan area, having been founded by the New South Wales government in 1964.

Curtin received university status after legislation was passed by the Western Australian Parliament in 1986. Since then, the institution has grown to include campuses in Singapore, Malaysia, Dubai, and Mauritius, as well as partnerships with 90 universities in 20 countries. There are five primary faculties in the university, with around 95 specialist centers. From 2005 to 2016, it had a campus in Sydney.

RMIT University is a public research university in Melbourne, Australia, formally known as the Royal Melbourne Institute of Technology (RMIT).

RMIT was founded in 1887 by Francis Ormond as a night school teaching art, science, and technology lectures in response to Australia’s industrial revolution. For more than a century, it was a private institution before combining with the Phillip Institute of Technology to become a public university in 1992.

It is Australia’s largest dual-sector education institution, with over 95,000 students enrolled in higher and vocational education. It is also one of Australia’s wealthiest universities, with an annual income of roughly A$1.5 billion. Quacquarelli Symonds (QS) has awarded it a five-star institution, and it is ranked 15th in the world for art and design courses in the QS World University Rankings, making it the best art and design university in Australia and Oceania.