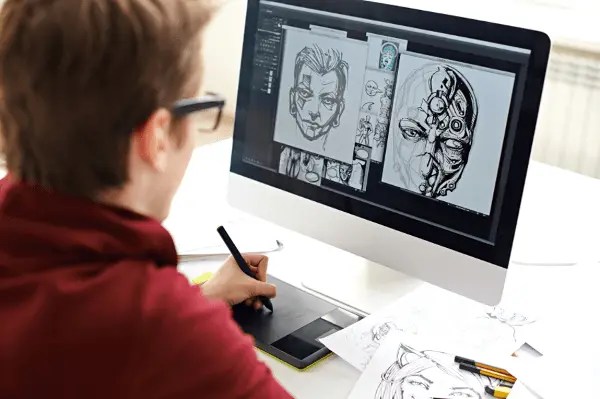 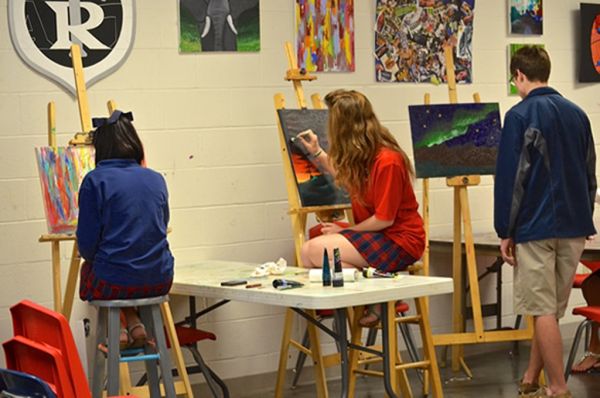 The finest or best art schools are those that teach students how to think creatively across disciplines while also providing them with the teaching and tools they need to reach their full artistic potential. All of the schools in this article are forward-thinking, well-respected institutions with ever-changing curricula that keep up with changes in the art world. As a result of their alumni’s achievement, they have a great international name recognition and reputation.

It’s also vital to consider how these schools will impact your life after graduation. The colleges on this list offer excellent career counseling services to help their students make the transition from student to professional as seamless as possible. Many colleges and universities provide students the chance to work at internships or in other professional development settings while still in school, allowing them to gain experience and prepare for the job market.

Please find below the list of top 10 best art universities in the world….

Without much waste of time, let’s provide you with a list of 10 best art universities in the world. Note that these schools are located in US, Germany, Finland, UK etc..

Rhode Island School of Design is a private art and design school located in Rhode island, US. Helen Adelia Rowe Metcalf, who wanted to make design education more accessible to women, founded the school as a coeducational institution in 1877. RISD now has roughly 2,000 undergraduate and 500 graduate students and provides bachelor’s and master’s degree programs in 19 majors. The Rhode Island School of Design Museum is one of the country’s major collegiate art museums, housing the school’s art and design holdings.

The Rhode Island School of Design is linked with Brown University, with whom it shares a site on College Hill in Providence. Both universities share social and communal resources and have allowed cross-registration since 1900. At both the graduate and undergraduate levels, RISD and Brown collaborate to offer dual degree programs.

School Of The Art Institute Of Chicago

The School of the Art Institute of Chicago (SAIC) is a private university in Chicago, Illinois, affiliated with the Art Institute of Chicago (AIC). SAIC has been accredited by the Higher Learning Commission since 1936, by the National Association of Schools of Art and Design since 1944 (charter member), and by the Association of Independent Colleges of Art and Design (AICAD) since 1991.

Its history dates back to an art students’ cooperative founded in 1866, which grew into the museum and school. The National Architectural Accrediting Board has also given it its seal of approval. SAIC was ranked the “most influential art school” in the United States in a 2002 study sponsored by Columbia University’s National Arts Journalism Program.

A prime gallery exhibition is situated in the school’s Grant Park, Columbus Avenue, building, which is linked to the museum.
Its downtown Chicago campus is made up of seven buildings, all of which are within walking distance of the AIC building. SAIC and the AIC are partners on an equal footing, sharing various administrative resources like design, construction, and human resources. The McLean Center (112 S. Michigan Ave.), the Michigan building (116 S Michigan Ave.), the Sharp (36 S. Wabash Ave.), the Sullivan Center (37 S. Wabash Ave.), and the Columbus Center (38 S. Wabash Ave.) are the principal buildings on the campus, which is located in the Loop (280 S. Columbus Dr.).

SAIC also provides classes at 610 S. Michigan in the Spertus building. Additional properties owned by SAIC are used as student galleries or investments throughout Chicago. The Buckingham, Jones Hall, and 162 N State Street residences are the three dormitory options.

California Institute Of The Arts

The California Institute of the Arts is a California-based private art university located in Santa Clarita, California. It was founded in 1961 as the United States’ first degree-granting college dedicated exclusively to students of the visual and performing arts. Its six schools, Art, Critical Studies, Dance, Film/Video, Music, and Theater, offer Bachelor of Fine Arts, Master of Fine Arts, Master of Arts, and Doctor of Musical Arts degrees.

Many patrons envisioned the school in the early 1960s, and it was staffed by a broad group of professionals, including Nelbert Chouinard, Walt Disney, Lulu Von Hagen, and Thornton Ladd. In a workshop setting, CalArts students create their own work, over which they maintain control and copyright.

Central Saint Martins (CSM) is a London-based public tertiary art school. It is one of the University of the Arts London’s constituent colleges. It provides foundation, undergraduate, and postgraduate full-time courses, as well as a variety of short and summer courses.

The Central School of Art and Design, founded in 1896, and Saint Martin’s School of Art, founded in 1854, merged in 1989 to form Central Saint Martins College of Art and Design. Both schools have been members of the London Institute since 1986, when the Inner London Education Authority established it to bring together seven London art, design, fashion, and media schools.

Parsons School of Design at The New School

Parsons School of Design, or simply Parsons, is a private art and design college in New York City’s Lower Manhattan district of Greenwich Village. It is one of The New School’s five colleges.

William Merritt Chase created the school in 1896 in search of personal artistic expression. It was the country’s first school to provide fashion design, advertising, interior design, and graphic design disciplines. Architectural design, curatorial studies, textiles and design, and urban ecologies are among the undergraduate and graduate disciplines offered at the institution.

Berlin University Of The Arts

The Universität der Künste Berlin (UdK; Berlin University of the Arts) is Europe’s largest art school, located in Berlin, Germany. It is a public art and design school as well as one of the city’s four research institutions.

The university is known for being one of the world’s largest and most diverse art universities. With roughly 3,500 students, it has four colleges that specialize in fine arts, architecture, media and design, music, and the performing arts. As a result, the UdK is one of only three German institutions that has both art and music faculties.

More than 40 courses covering the whole range of the arts and related academic areas are offered at the four colleges. Berlin University of the Arts is one of Germany’s few art colleges with full university status, conferring doctorates and post-doctoral diplomas.

Pratt Institute is a private institution in Brooklyn, New York. It has a Manhattan satellite campus and a Utica, New York extension site (Pratt MWP). The institution was founded in 1887 with a focus on engineering, architecture, and the fine arts. The institute, which is made up of six schools, is most recognized for its architecture, interior design, and industrial design programs.

U.S. News & World Report ranks Pratt 15th among “Best Fine Arts Programs” and 34th among “Best Library and Information Studies Programs” in its speciality rankings. According to Architectural Record, the Bachelor of Architecture degree has consistently been listed among the top fifteen programs in the United States since 2000.

According to Bloomberg BusinessWeek, the school is one of the top 60 colleges in the world for studying design, and respondents to a Business Insider survey named it as the world’s sixth-best design school.

Pratt was originally included in Kiplinger’s Personal Finance as one of the country’s best values in private colleges and universities, but it is no longer included in their rankings. Out of more than 600 private institutions, it was previously ranked as one of the top values for academic quality and price.

According to the QS World University Rankings, Pratt Institute was placed ninth in the world in the discipline of Art and Design in 2021.

In 2010, the Finnish government set out to construct an innovative university by combining the three schools into one. The institution has six schools and around 17,500 students and 4,000 employees, making it Finland’s second-largest university.

Aalto University’s main campus is located in Otaniemi, Espoo. The Töölö district of Helsinki is home to Aalto University Executive Education. The university also has a Bachelor’s Program in International Business in Mikkeli and the Metsähovi Radio Observatory in Kirkkonummi, in addition to the Greater Helsinki area.

The Glasgow School of Art (GSA) is a higher education art school in Glasgow, Scotland, that offers undergraduate degrees, post-graduate certificates (both taught and research-led), and PhDs in architecture, fine art, and design.

The school is based in a collection of buildings in Glasgow’s city centre, on Garnethill, an area established in the early 1800s by William Harley of Blythswood Hill. Charles Rennie Mackintosh created the most notable of its structures in phases between 1896 and 1909.

The namesake Mackintosh Building quickly became one of the city’s most recognizable icons, standing for more than a century. It is regarded as a Modern Style symbol (British Art Nouveau style). The structure was seriously damaged by fire in May 2014 and completely destroyed by fire in June 2018, leaving just the burnt-out shell.

The Central Academy of Fine Arts, sometimes known as CAFA, is a Chinese art academy run by the Ministry of Education. The institution is described as “China’s most prominent and recognized art academy” by the Manila Bulletin. It is regarded as one of the most selective colleges in the country, with more than 90% of applications being rejected each year.

This is how far we can go on this article; Top 10 Best Art Schools In The World. You can contact any of the art schools listed here and get more information about their programs and requirements.