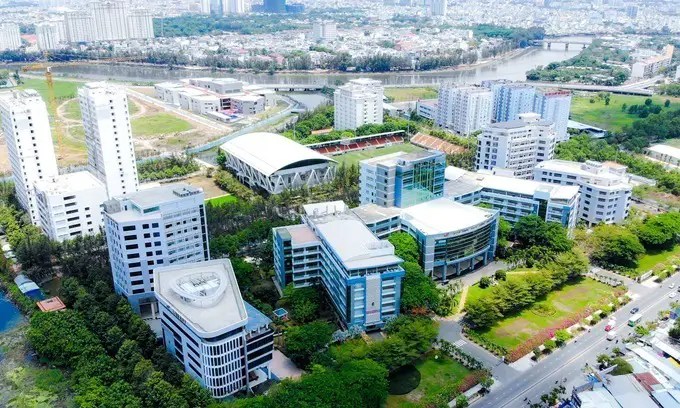 Why Study In Vietnam?

There are so many benefits associated with studying in Vietnam and they are summarized below:

Despite the fact that tourism is growing in Asia and prices are rising in many locations, Vietnam remains one of Asia’s most affordable countries. Cheap dinners can be found for less than 2 euros! You can spend as much or as little as you like, just like anywhere else in the globe. The amount of money you’ll need to live depends on the type of food you want to eat and the type of lodging you want to stay in. There are several budget-friendly lodging and transportation choices available.

Read also: Study In Singapore: All You Need To Know

Vietnamese cuisine is wonderful, and there are also healthful options. Take your pick from street food, gourmet dining, and international fast food businesses. Popular dishes in Vietnamese cuisine include Pho (noodle soup) and Bánh m. (filled sandwich). Small street cafés with plastic tables and chairs may be found all over to enjoy small snacks. The best part is that you just need a few cents to fill your stomach with delicious delicacies!

Foreign Trade University in Ho Chi Minh City is one of Vietnam’s best colleges, with a strong reputation throughout Asia. The university offers a wide range of courses in subjects such as business, finance, and economics. Experiencing a another country’s educational system and learning methods is also incredibly beneficial and eye-opening. Studying in Vietnam provides you with a fantastic opportunity to further your education while also beginning to build or grow your international network.

Nature in Vietnam is quite diverse. There are two temperature zones in the country, and the terrain ranges from mountains to beaches. In addition to the tropical environment, chilly air can be found in the north. The best of both worlds is yours. Natural wonders of Vietnam include national parks, limestone pinnacles, sand dunes, and a lovely archipelago.

Cost Of Study In Vietnam

In Vietnam, there are both private and public institutions, with vastly different tuition costs. Because public colleges are significantly financed by the government, tuition is low. A public university’s annual tuition is around $200. On the other side, private universities are far more expensive. Tuition at some private colleges ranges from $2000 to $10,000 per year.

Applicants from outside the United States must submit a copy of their secondary school transcripts. You must also pass an English language competency exam, such as the TOEFL, IELTS, or SAT.

A 4-year (minimum) university diploma is necessary for post-graduate applicants. A birth certificate, a copy of your passport/national identity card, a letter of purpose, and letters of recommendation are also required.

Here is the list of top universities in Vietnam that offer qualitative education at an affordable rate.

VNU is Vietnam’s largest and most comprehensive higher education and research institution. VNU has been tasked with developing highly competent human resources and talents for the country’s industrialization and modernisation. VNU occupies a unique position in Vietnam’s higher education system, operating under a Prime Minister-promulgated special law.

VNU reports directly to the Prime Minister and has considerable autonomy in terms of personnel management, academic programs, scientific research and technology development, planning and budget, international relations, and other areas. On VNU-related matters, VNU has the authority to cooperate directly with ministries, ministerial level organizations, governmental agencies, and people’s committees of central cities and provinces. The universities, schools, and institutes of VNU maintain their legal standing as higher education and scientific research institutions governed by the Education and Science-Technology Laws.

Hanoi University of Science and Technology

The Hanoi University of Science and Technology, located in Hanoi’s Hai Ba Trung district, is Vietnam’s oldest and largest technological university. This leading university in Vietnam has produced the country’s top engineers and scientists, as well as recognized government officials, and has consistently ranked #1 in technological training. It is currently divided into 16 schools, three faculties, and 10 research centers and institutes that focus on food technology, biotechnology, materials science, and renewable energy, among other topics.

HUST features a 26-hectare campus, making it one of Vietnam’s largest. There are 200 amphitheaters, instructional halls, conference rooms, 20 practical workshops, and eight national key laboratories in this facility. HUST has a dedicated and international-standard sports complex for its over 33000 students.

Ton Duc Thang University is a public research university in Ho Chi Minh City, Vietnam, with its main campus in District 7. Ton Duc Thang University (TDTU) has been one of Vietnam’s top research universities since its founding on September 24, 1997. It is managed by the Vietnam General Confederation of Labor and is named after Tôn c Thng, who served as Vice-President of Vietnam from 1960 to 1969 under Ho Chi Minh’s presidency before becoming President of Vietnam from 1969 to 1980.

In disciplines like law, applied science, technology, vocational skills, social sciences, economics, business, foreign languages, and the arts, the university provides roughly 40 undergraduate programs, 18 master’s degrees, and 25 doctoral programs. The total number of students enrolled is estimated to be around 23,500.

The overall number of CTU employees is currently around 2,000, with 1,203 lecturers (233 PhDs and 653 Masters, constituting to 73.6 percent of staff members with postgraduate degrees). CTU now has a training capacity of over 45,000 students, including full-time undergraduate and postgraduate students, as well as part-time and distance-learning students.

This article on how to study in Vietnam should help you pursue your studies in any of the universities in Vietnam. All you have to do is contact the universities through the links provided and get more information about their study programs and admission process.