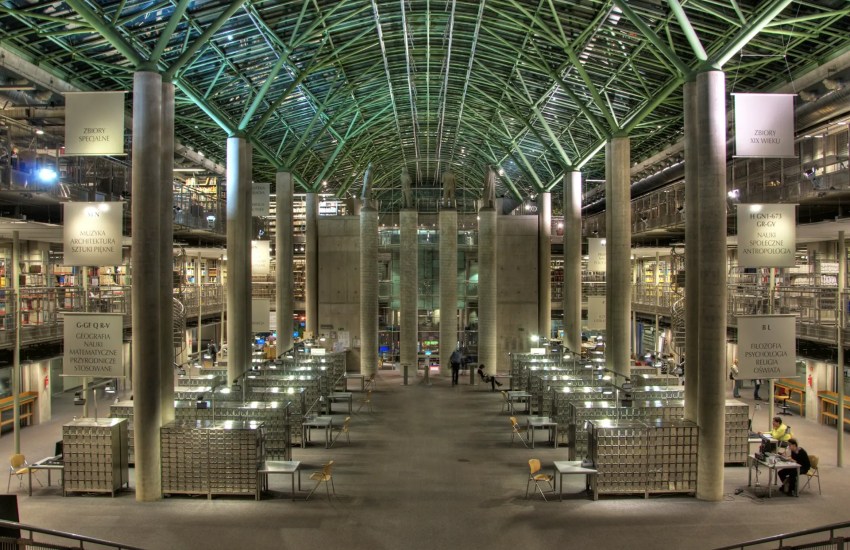 Why Study In Poland?

Each year, an increasing number of students choose to study in Poland. These students are lured to the country because of its high-quality educational institutions, affordable tuition prices, and low cost of living. Here are the top reasons to study in Poland:

The educational system in Poland dates back to the Middle Ages. For example, Jagiellon University was created in the 14th century and is now one of Europe’s oldest universities. In Poland, there are approximately 400 English-language courses available, many of which are at the college level. Jagiellonian University and Warsaw University are two of Poland’s most prestigious universities. Warsaw University is placed first in the Top Coder international IT ranking, beating highly prestigious American institutions such as the Massachusetts Institute of Technology (MIT). Over the last ten years, the number of higher education institutions in Poland has tripled, while the number of students has expanded fivefold. International students who choose to study in Poland will benefit from a high-quality education in a rapidly developing academic environment.

Medical schools in Poland, in particular, are attracting a growing number of overseas students. Many overseas students who have been denied admission to medical schools in their home countries prefer to study medicine in Poland instead. Despite the fact that these courses are offered in English, students will most likely need to speak Polish by the conclusion of the program when they begin consultations with patients.

All of Poland’s top universities offer high-quality English-taught programs in fields such as medicine, engineering, humanities, business, and finance.

Poland, like many other EU nations, offers low-cost or even free tuition to EU students. English language courses at the University of Warsaw, for example, cost between £1,300 and £2,500 per year. With the exception of medical courses, which cost roughly £10,000 per year, the bulk of courses in Poland are substantially less expensive than in the UK.

In Poland, the vast majority of universities offer some form of student housing. However, demand for such housing is high due to the low cost – which may be as low as £80 per month for a shared room. If you want to live on campus, you should contact your university as soon as possible after receiving your acceptance letter. Many students in Poland live in shared apartments or houses, with monthly prices ranging from £100-£200 depending on location.

International students from EU/EEA countries are permitted to work in Poland without obtaining a work permit. Finding job in Poland without knowing Polish, on the other hand, may be challenging. Even if you are able to find work, salaries are minimal, with most student jobs paying under £2 per hour. As a result, many international students prefer to work in their home countries during their summer vacations.

Having see the benefits associated with studying in Poland, we now want to consider the admission requirements for study in Polish universities.

Admission Requirements For Study In Poland

If you are planning to study in Poland as an undergraduate students, the universities over there will need your high school or secondary school diploma with minimum of credit passes in relevant subjects. You should also legalize this document at the ministry of education, foreign affairs and the Polish embassy in your home country.

Cost Of Living In Poland

The cost of living in Poland is very affordable compared to other EU countries. For a students, the budget is between 250 to 500 Euro depending on the city. This amount should take care of a students feeding, accommodation, transportation, buying of books etc.

The goodness here is that universities in Poland all accept online application. All you have to do is contact any of the universities, visit their homepage, create an online account, fill the forms, upload your documents and that’s all. You will be expected to pay an application fees of about 100 to 200 Euro, depending on the school. Once you’ve done this, the school admissions committee will go through your application and if it’s satisfactory, they will issue a conditional offer. In most cases the condition on the offer is that the students should pay half of the first year’s tuition fees, which usually range from 1500 to 2000 Euro for most programs apart from Medicine.

Let us now consider some of the top universities in Poland that offer qualitative education at an affordable tuition fees usually in the range of 2500 to 3500 Euro per year.

The state-funded University of Warsaw, which is located in the Polish capital, is now placed sixth in the EECA rankings. It is Poland’s largest university, with 54,800 students enrolled in 21 departments since its founding in 1816. The long history of the University of Warsaw is full of interesting events and tales. Because the campus was turned into a military barracks by German soldiers during World War II, academics established the so-called “Secret University of Warsaw” and continued to educate students in secret locations.

Jagiellonian University, the country’s oldest and one of Europe’s oldest, is another of Poland’s most distinguished universities, placing joint eighth in the EECA rankings. It has a long history of training the country’s future leaders, having been founded in 1364. John III Sobieski (King of Poland till 1696), Nicolaus Copernicus (famous for inventing a model of the universe with the sun at its center), Pope John Paul II, and two Nobel Prize winners, Ivo Andri and Wisawa Szymborska, are among the university’s many prominent alumni. Today, Jagiellonian University in Krakow, Poland’s second largest city, educates around 43,400 students.

Warsaw University of Technology is also placed 15th among universities in Emerging Europe and Central Asia in the QS EECA University Rankings. It is one of Europe’s most prestigious technology institutes and one of the region’s largest technical education providers. The institution, which is located in the Polish capital, has roughly 30,982 students and 19 faculties that encompass all subjects of science and technology. The institution, which was founded in 1899, was one of the first in Poland to teach engineering. In recent years, its graduates have gained a reputation for accounting for a sizable percentage of Polish managers and executives.

Wroclaw University of Science and Technology

In the EECA rankings, Wroclaw University of Science and Technology (WRUST) is ranked 44th among Poland’s top 50 universities. Since its current establishment in 1945, it has played a crucial role in technical education by cultivating and developing ambitious students’ academic and professional aspirations in scientific and technological breakthroughs. It now has around 28,300 students enrolled in its 16 faculties in Wroclaw, with the majority of its buildings located near Plac Grunwaldzki, along the Oder River.

The University of Wroclaw, another medieval university founded in 1702 by Leopold I, Holy Roman Emperor of the Habsburg family, is ranked 49th in the EECA rankings. It is the largest university in Lower Silesia, with over 26,000 students and over 1,300 doctorate students enrolled in its ten faculties. The university’s main focus is scientific research, and it has nine Nobel Prize winners among its alumni.

Is English spoken in Poland?

Although English is not a language that all Poles use, there are a large number of Poles who are fluent in the language. Poland is ranked 11th out of 100 countries in the world’s largest ranking of English-speaking countries and regions (EF EPI 2019).

Is Poland a poor country?

In recent decades, poverty in Poland has been relatively consistent, impacting (depending on the measure) roughly 6.5 percent of the population. There has been a downward trend in the last decade, as Polish society has become wealthier and the economy has grown at one of the fastest rates in Europe.

Can one work and study in Poland?

Working part-time while studying can help you pay for your education. As long as they are enrolled in an institution, international students have the right to work while studying in Poland. Students who are not citizens of EU member countries must have a valid residency permit as well.

How much bank balance is needed for Polish visa?

Is Poland a safe country?

Traveling in Poland is generally safe due to the country’s high ranking on the list of safest countries. Poland is ranked among the top 20 safest countries in the world! Pickpocketing, petty theft, overcharging, and ATM frauds are the only threats you need be aware of.

We hope this article on how to study in Poland was helpful. If you are planning to study in Poland, make sure you prepare yourself well ad don’t forget to contact the school and Polish embassy if you have a challenge.