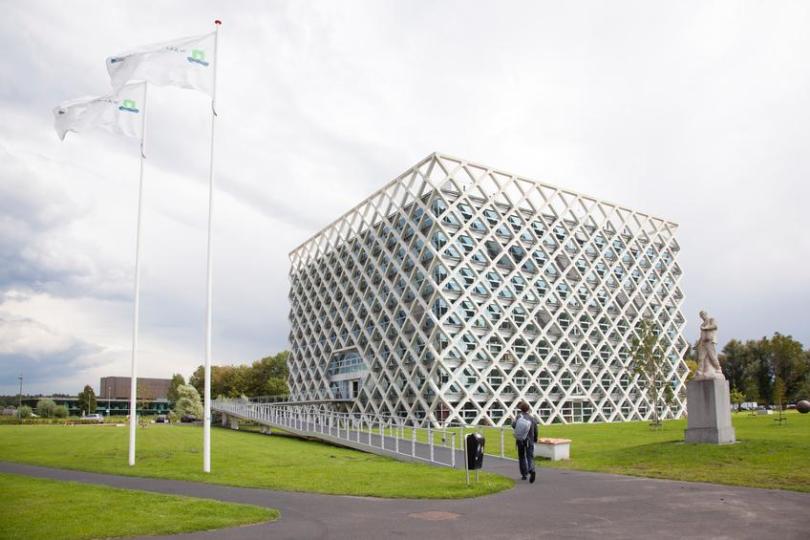 Why Study In Netherlands?

There are so many reasons international students choose to study in Netherlands and we are going to consider it one by one.

In comparison to other English-speaking nations such as the United Kingdom or the United States, studying in the Netherlands is not that expensive. The government subsidizes higher education in the Netherlands, and tuition fees are comparatively modest. Studying in the Netherlands will provide you with great value for money due to the country’s renowned educational standards and comparatively low cost of living. Depending on the institution, annual tuition fees for a degree program or course at a Dutch higher education institution start at around €1,900 for EU students and €6,000 for non-EU students.

Furthermore, if you decide to work in addition to your studies, you can claim these expenses and receive a tax refund. Isn’t that amazing? Furthermore, many Dutch institutions offer grants and scholarships that can be used to partially or completely cover the costs of study programs.

Read also: List Of Aerospace Engineering Colleges In The World

The Dutch educational system is world-renowned, and Dutch institutions are known for their well-designed, cutting-edge curricula and facilities. The teaching method emphasizes collaboration, making it simple for international students in the Netherlands to meet both Dutch and international students.

The importance of solid personal relationships between professors and students is emphasized in Dutch universities. The majority of tutorials and seminars are held in small groups of 15-30 students. The majority of your homework will be done in groups, which will help you develop not only your academic talents but also your ability to operate as part of a team. Many practical components are included in the degree programs at Dutch universities. Universities place a strong focus on meaningful practical experience, and they have numerous relationships with both Dutch and foreign businesses.

There are universities of applied sciences, as well as general institutions, that offer more specialized studies. A university of applied sciences may be more appealing to students who like to learn about practical issues. These are more concerned with practical experiences than with theoretical and research issues.

The cost of living in the Netherlands is quite inexpensive when compared to other western European countries. You’ll require between €800 and €1,000 every month, based on my own experience and those of my friends. You may fund this by working part-time and studying finance. If you are an EU student, you can earn 32 hours per month and receive a €265 stipend as well as a student OV-Chipkaart that allows you to travel for free during the week and on weekends.

There are numerous websites that can help students locate student housing. I would encourage you to begin looking for housing as soon as possible because there is a high demand. If you’re starting school in September, the best months to start looking for housing are May, June, and July, in my experience. Waiting until August is a bad idea because you’ll end up with either pricey or low-quality rooms.

You can also obtain discounts as a student at many bars, restaurants, museums, and movie theaters. Bicycling is a great way to move around town. This is not just typical of the Dutch, but it is also a cost-effective mode of transportation. You should absolutely apply for an ISIC Student Card, which will provide you with a slew of additional privileges and savings.

The Netherlands is notable for being the first non-English speaking country to establish higher education study programs in English in order to attract international students. In the Netherlands, there are approximately 2,100 English-taught study programs and courses available, covering a wide range of areas and leading to a bachelor’s, master’s, PhD, diploma, or certificate.

It sounds fantastic: high-quality, cheap education in a variety of fields in a multicultural, open-minded country. If you come from a country where English is not the native language, however, Dutch universities have severe language requirements. You must take the TOEFL, IELTS, or a similar English language test if you are an overseas student. You should verify the prerequisites of the university where you intend to apply for more information.

Cost Of Study In Netherlands

Cost Of Living In Netherlands

The cost of living is measured by the amount of money students require to support themselves and their costs while studying. Every country has their own estimate of how much they spend on living expenditures. The cost of living in the Netherlands is believed to be around 800-1000 Euros per month, which is used to cover food, rent, transportation, books, and other expenses.

Admission Requirements For Study In Netherlands

If you want to study in the Netherlands, you must be eligible and meet the requirements set forth by the Dutch universities.

The first thing to remember is that each university has its own set of requirements, which differ from one to the next. Furthermore, admission standards differ depending on the program you want to study, and programs vary depending on the needs.

As a result, if you want to enroll in a higher education program, you need first contact the institution that offers it. They will be able to tell you exactly what admission requirements apply to your chosen program.

The fundamental prerequisite for admission to a bachelor’s degree program is a high school diploma of the level. This level is determined by the institution.

In some popular areas, the number of available spots is limited, and quotas are in place. There are some study programs, such as those in the arts, for which the institutions set their own prerequisites.

A bachelor’s degree or equivalent is required for admission to a master’s program. Please contact the universities in Netherlands for program specific requirements.

Let us now consider some of the top universities in Netherlands offering qualitative education.

It has around 26,000 students (undergraduate and postgraduate) and 6,000 personnel across eight faculties and numerous research institutes (teaching, research, support and management staff).

With 31,186 students, 4,794 employees, 1,340 PhD students, and a €600 million annual budget, it is one of Europe’s major research universities. In terms of enrollment, it is the largest university in the Netherlands. The main campus is in the heart of Amsterdam, with a few faculties in other municipalities. Humanities, Social and Behavioural Sciences, Economics and Business, Science, Law, Medicine, and Dentistry are the seven faculties that make up the institution.

Three main ranking tables have ranked the university among the top 200 universities in the world. Eindhoven is ranked 99th in the world, 34th in Europe, and 3rd in the Netherlands in the 2019 QS World University Rankings – TU/e has risen 59 places in this world ranking since 2012. (in two other main world rankings it is 167th and 51-75th). The foundation will employ over 800 individuals by 2020, with yearly earnings exceeding €686 million.

Leiden University is a Dutch public research university located in the city of Leiden. It is the oldest institution of higher education in the Netherlands, having been founded in 1575 by William, Prince of Orange as a prize to the town of Leiden for its fight against Spanish raids during the Eighty Years’ War.

The institution, which is known for its historic origins and emphasis on social sciences, rose to prominence during the Dutch Golden Age, when intellectuals from all over Europe were drawn to the Dutch Republic because of its atmosphere of intellectual tolerance and Leiden’s international reputation. René Descartes, Rembrandt, Christiaan Huygens, Hugo Grotius, Baruch Spinoza, and Baron d’Holbach all lived in Leiden during this time period.

According to the Academic Ranking of World Universities (ARWU), the university was placed 65th in the world in 2019. The University of Groningen was chosen the top university in the Netherlands for the third time in a row in April 2013, according to the results of the International Student Barometer.

There are eleven faculties, nine graduate schools, 27 research centers and institutes, and over 175 degree programs at the University of Groningen. Johann Bernoulli, Aletta Jacobs, four Nobel Prize winners, nine Spinoza Prize winners, one Stevin Prize winner, nobility, multiple mayors, the first president of the European Central Bank, and a NATO secretary general are among the university’s graduates and teachers.