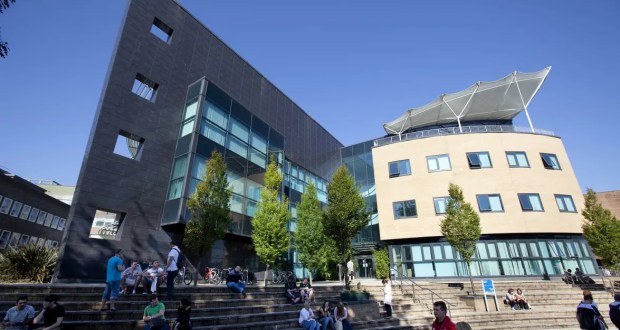 Many students choose to study in Ireland since there are good universities in the country. If you want to study in Ireland, this article is designed to help you achieve this. Ireland, officially known as the Republic of Ireland is a sovereign country in north-western Europe. Its capital city is Dublin, which is also its largest city and is located on the eastern part of the island country. The Republic of Ireland is home to over 4 million people.

Surrounded by the Atlantic Ocean, it is flanked by the Celtic Sea to the south, the Irish Sea the east and the Saint George’s channel to the south-east. Ireland has only one land border which it shares with Northern Island.

Ireland was originally created as the Irish Free State until 193 when it was renamed Republic of Ireland after the adoption of a new constitution. Its first official language is Irish Gaelic but English is more widely used.

The country ranks among the top 25 wealthiest nations in the world in terms of GDP per capita. It had the fastest growing economy in the European Union in 2015 and ranked sixth, alongside Germany in the list of the most developed countries in the world.

WHY STUDY IN IRELAND

It is common to see a student planning to study abroad contending with many options but there are a lot of reasons the Republic of Ireland is the right place to study. Apart from the fact that Irish universities are among the top 1% of research institutions around the world today, there are a number of other benefits attached to studying in the Republic of Ireland. These include;

Located in the capital city of Dublin, the Trinity College Dublin was founded in 1592 and is the country’s oldest higher education institution and one of the ‘seven ancient universities’ in the UK and Ireland. It is officially recognized and accredited by the Department of Education and Skills, Ireland and currently has more than 18,000 students in its three faculties: Arts, Humanities and Social Sciences; Health Sciences; and Engineering, Mathematics and Sciences.

Founded in 1854, University College Dublin was formed from the Catholic University of Ireland and is located in Dublin. It consists of 5 colleges, 34 schools and 18 research institutes. There are approximately 25,000 students currently enrolled in the institution and its admission policy is based on past academic records and grades of students. It has popular names including famous writer James Joyce and award-winning producer and director Neil Jordan among its alumni.

The National University of Ireland was established in 1845 and is located in the city of Galway. It is officially recognized and accredited by the Department of Education and Skills, Ireland and is currently undergoing a 400 million Euros redevelopment program and takes pride in offering less common courses including a BE/MEng in Sport and Exercise Engineering and BSc in Podiatry. It currently has more than 17,000 students in enrollment and also offers other courses and programs that lead to officially recognized degrees.

Established in 1845, the University College Cork is located in the town of Cork in the southern part of the country, and is the first university in the world to receive the Green Flag, usually in 2010 for environmental sustainability. It currently has more than 18,000 students in its faculties and offers courses and programs that lead to recognized higher degrees. Its admission policy is based on entrance examinations and accepts applications from international students.

Established in 1975, Dublin City University is a much younger university compared to the ones above but gained university status in 1989. About 16,000 students are currently in enrollment and another 1,000 in distance education courses. It offers courses leading to recognized higher education degrees and boasts of an impressive collection of academic and non-academic facilities including The Helix – a large arts venue, as well as administrative facilities.

Read also: Study In Denmark: Fees and List of Universities

The first step to applying is identifying a course of choice and knowing the qualification that will be achieved. This can be done through the National Qualification Framework (NFQ). For undergraduates, applications will have to be submitted through the Central Applications Office (CAO), which facilitates the process by collecting student data through a centralized system. The CAO does not take a final decision concerning a student’s admission.

Non-native English speakers will take a course to determine their proficiency in the English language.

Majority of the universities in Ireland are open to applications in September and a few of them offer February intake.

DEADLINE FOR SUBMISSION OF APPLICATIONS

Ireland has one of the best education systems in Europe according to a World Competitiveness Report. With a very low unemployment rate, its economy is undergoing a rapid growth due to the availability of quality education and its people are very friendly.