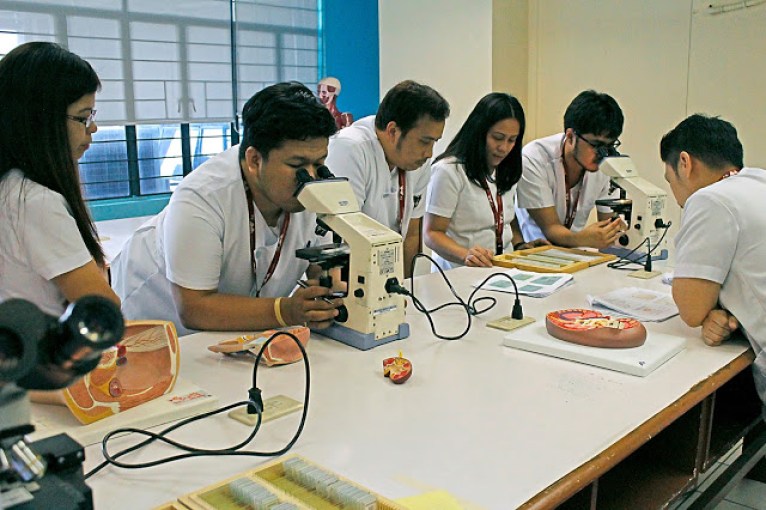 Why Study Medicine In Philippines?

The Philippines is a sovereign state in Southeast Asia. It’s a lovely country with world-class beaches and a warm tropical climate. Manila is the country’s capital. The country is surrounded by spectacular natural beauty and is home to a diverse range of cultures and communities. Previously, the Philippines was dominated by both Spain and America. Filipinos’ love of fast food, movies, and music exemplifies this bond.

The country with its rich blend of culture and spectacular beauty attracts tourists from all over the world, as well as students from 65 countries. Many outstanding universities may be found in the Philippines. The University of Santo Tomas was the Philippines’ first university, founded in 1611. These are the top reasons to study MBBS in Philippines:

Philippines is a very cost-effective destination. Accommodation and living costs are low. The course fees are significantly lower than in India, Europe etc. Tuition fees for MBBS usually range from $2000 to $4000 per year.

The Philippines is well connected to the rest of the globe, with three international airports (Manila, Cebu, and Davao) serving all of the world’s main cities. Buses, taxis, metros, and other forms of public transportation are available in Manila, allowing students to move throughout the Philippines with ease. By aviation, India and the Philippines are connected through five countries.

US Based Education System

With several renowned universities, the Philippines has become a medical education hub. Students who study here will have a broader perspective. Students who study medicine in the Philippines have a better possibility of finding work in other countries after graduation. This is an opportunity to study at an excellent university while simultaneously traveling and learning about a new country; there are also opportunities to travel around the world.

The Philippines is a female-dominated country, with women accounting for more than 60% of the population. It is suitable for both males and females. Philippines is a melting pot of cultures, making it a welcoming country that gives students an advantage in not being considered as outsiders or foreigners. Students that study here are more relaxed due to the welcoming nature of the country and are able to concentrate better on their academics.

So, these are just few of the many benefits associated with studying MBBS in Philippines. Let’s now consider some of the top affordable medical schools in Philippines.

These are the top medical schools in Philippines with tuition fees usually in the range of $2000 to $4000 or less per year:

University of the Philippines Manila

The Philippine General Hospital, the Philippines’ largest medical hospital and national referral center for health, is administered and operated by UP Manila. The National Institutes of Health is also housed at the university. Its 14-hectare site encompasses two city blocks and features pre-war legacy buildings and structures planned by American Architect William E. Parsons and completed during the American Period, which have been designated as historical landmarks by the Philippine National Historical Commission.

University of the City of Manila

The University of the City of Manila, or “PLM” in Filipino, is a tuition-free local university supported by the city government and located within the old walled enclave of Intramuros in Manila, Philippines. It was founded on June 19, 1965, and opened to 556 scholars on July 17, 1967, all of them came from Manila’s top ten percent of high school graduates.

Total semestral enrolment has climbed to an average of 10,000 from its first enrollment record of 556 freshman scholars drawn from the top ten percent of graduating classes from Manila’s twenty-nine public high schools. From its humble beginnings as a single college, the university has grown to include 12 colleges, seven graduate schools, two professional schools, and a number of research and specialized centers, including a teaching hospital, an entrepreneurial center, and an integrated learning center for toddlers.

It also offers a comprehensive online education and open university program for thousands of community health workers and government officials around the country, with connections and recognition from a variety of national and international organizations and institutions.

The Regional Science Training Center, the Regional Carabao Center, and one of the country’s Centers of Excellence in Teacher Education, as well as one of the country’s COE in Teacher Education and Chemistry, and a COD for Information Technology, are all located on the MSU Marawi Campus. The university’s mission is to integrate Mindanao’s Christians, Moros, and Lumads.

In terms of enrolment and curricular program offerings, Cagayan State University is the largest state institution of higher learning in the Cagayan Valley Region. The University was created by Presidential Decree 1436, which was later revised by Republic Act 8292, which included the merging of all publicly financed higher education institutions in Cagayan.

Liberal arts, social sciences, law, medicine and associated professions, business and economics, natural sciences, engineering, technology, agriculture and fisheries, and teaching are among the courses offered at the institution. Of all the universities in the province of Cagayan, it provides the most graduate and undergraduate courses.

The University of Northern Philippines is a university located in Barangay Tamag, Vigan City, Ilocos Sur Province, Philippines. It is Northern Luzon’s earliest and oldest public institution with a low tuition price, with origins dating back to 1906, two years before the University of the Philippines. It is the province’s only public university geared at the poor, and one of three state-owned educational institutions of higher learning operating in Ilocos Sur.

Bicol Institution is a governmental and research university in the Philippines’ Bicol Region. BU is a public university with an ISO 9001:2008 certification. It is administered from the city of Legazpi. The Philippine government contributes to the university’s funding. The university’s students and graduates are known as “Mga Iskolar ng Bayan” (“National Scholars”), but they are more widely known as Bueos. Students who intend to attend the university must first pass the Bicol University College Entrance Exam (BUCET).

How many years is medical school in Philippines?

The Doctor of Medicine (M.D.) degree is a five-year graduate program that teaches students the fundamentals of medicine. Three years of academic education, one year of clinical clerkship, and one year of post-graduate internship make up the curriculum.

How much is medical school in Philippines?

Depending on the number of units, 80,000 to 280,000. Other extracurricular costs can range from Php. 13,000 to Php. 20,000. Fortunately, the Free Tuition Fee Law allows some public institutions and state universities to charge no tuition.

How many medical schools are there in Philippines?

There are currently 36 medical schools in the country. This trend has been exacerbated by the fact that the national passing rate for the Philippine Ucensure Exam has dropped dramatically in recent years.

Because the study pattern and teaching style are quite similar to the US medical school pattern, a Philippines MBBS is fully acceptable in the United States of America, whether for postgraduate study or practice as a physician, however one must pass the USMLE licensure and eligibility exams.

Studying in the Philippines is a wonderful option because of the mix of high-quality schools, low tuition, and general student living quality. The weather helps students to make the most of their vacation time, and the academic quality of the medical schools is regarded as excellent.

These are the top medical schools in Philippines where the tuition fees is quite affordable for international students. Do well to contact them and start your admission.