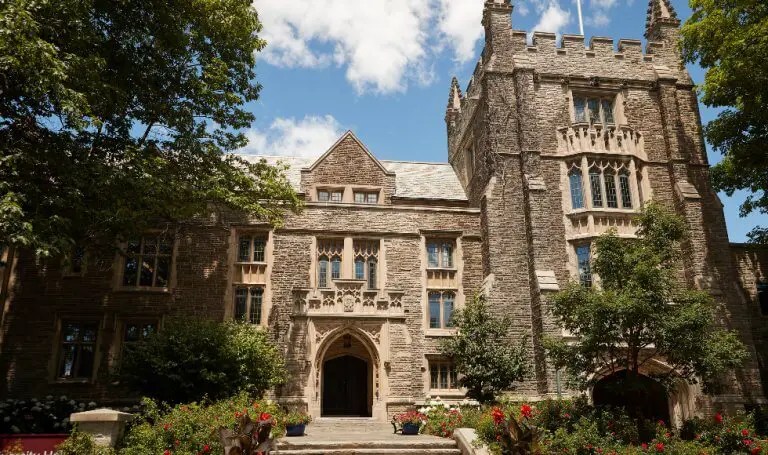 McMaster Institution (McMaster or Mac) is a Canadian public research university in Hamilton. The main McMaster campus is situated on 121 hectares (300 acres) of property close to the Royal Botanical Gardens, near the residential areas of Ainslie Wood and Westdale. The DeGroote School of Business, Engineering, Health Sciences, Humanities, Social Science, and Science is one of its six academic faculties. It is part of the U15, a network of Canadian research-intensive universities.

William McMaster, a renowned Canadian senator and financier who gave C$900,000 to the university’s establishment, is its namesake. It was established in 1887 by an act of the Ontario Legislative Assembly, which merged Toronto Baptist College and Woodstock College. It first opened its doors in 1890 in Toronto. It was forced to relocate in 1930 due to insufficient facilities and a grant of property in Hamilton. The university was under the jurisdiction of the Baptist Convention of Ontario and Quebec until 1957, when it became a privately chartered, publicly supported non-denominational school.

Over 27,000 undergraduate and 4,000 graduate students attend McMaster University. Alumni and former students can be found all around Canada and in 139 different countries. Its sporting teams compete in U Sports and are known as the Marauders. Government figures, professors, business leaders, Rhodes Scholars, Gates Cambridge Scholars, and Nobel laureates are among the notable graduates.

If you are interested in studying medicine, you can get a reputable world class medical degree from McMaster University Medical School. Let’s consider briefly what the medical school has to offer.

Secondary school students are not eligible for admission to the DeGroote School of Medicine. Prior to entrance to this program, students must have completed at least three years of post-secondary education.

The program is aimed to expose medical students to a wide range of human health issues as well as early patient contact. Students can also get an education and get experience in more distant northern Canadian communities or in an overseas context. The program lasts three years and covers 11 months of the year. With the advent of the Waterloo Regional and Niagara Regional campuses in recent years, enrolment has climbed to 203 places.

For the Class of 2022, the school received 5,228 applications, the most of any medical school in Canada, with a 3.9 percent acceptance rate. The average cumulative GPA of enrolling freshmen in the Class of 2020 was 3.87, with a 95th percentile MCAT Verbal Reasoning or Critical Analysis and Reasoning Skills score of 129. Unlike many other medical schools, McMaster University’s medical school does not disregard any courses or years when calculating GPA, and only employs the MCAT Verbal score in the MCAT component of their admissions computation. Students must also take the CASPer admissions test, which was created by McMaster University in 2010.

In 2017, McMaster University’s medical school had a 3.8 percent acceptance rate. In 2014, the Michael G. DeGroote School of Medicine received more than 5200 applications for a class of 200 students. Incoming freshmen in the Class of 2017 had an average GPA of 3.83 and an average MCAT verbal score of 11. (95th percentile).

Yes, just like every other universities, McMaster gives out scholarships to students who intend to enroll in their programs but don’t have the needed resources to do that. The following scholarships are given by the university annually:

Students who have excelled in developing an innovative solution that positively impacts climate change and health are recognized with the Climate Change and Health – Innovation Award. The prize was created to promote interdisciplinary teamwork and collaboration, as well as the type of varied and inclusive leadership needed to handle our society’s complex sustainability concerns.

The Wilson Leadership Scholar Award identifies and cultivates leadership potential in undergraduate and graduate students, preparing them to become Canada’s next leaders. Wilson Leaders devote roughly 15 hours each month to interacting with mentors and experts, pursuing personal and professional objectives, and taking on new experiences and expanding on present interests.

Incoming students are granted monetary incentives based on academic performance and, in some situations, other forms of earned distinction (community involvement, leadership, etc.). Some are given out automatically, while others require an application. After the deadline to add and/or withdraw classes without penalty, the value of your admission prize will be credited to your student account. In the Mosaic Student Center, you can see the value of your reward and track its disbursement.

How To Apply For Admission Into McMaster University

Applying for admission into McMaster university is easy and can be done, completely online. All you have to do is check the school’s website, if they offer your program and find out the requirements. Once you are satisfied that you have what it takes to study there, the next step is to submit your application online through the university’s portal. Please contact McMaster University for detailed information on how to do this.

This is how far we can go on this article about Mcmaster University ranking. We have talked about the school’s ranking, it’s medical school, scholarship awards usually given to students etc. If you want to study in this university, all you have to do is contact them via the school’s portal and submit your application online.