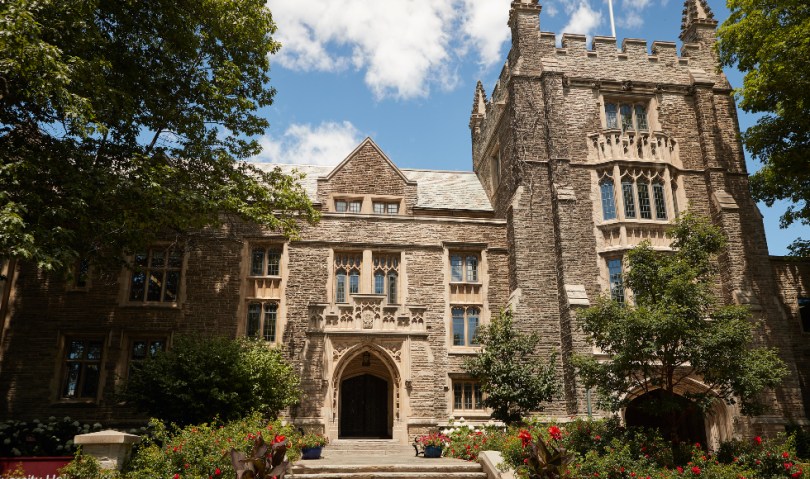 Macmaster University, founded in 1887, is a statistical study University based in Ontario Canada. Ontario is a region in east-central Canada that shares a boundary with the United States as well as the great lakes, Ontario in all of its accomplishments as a city is widely known for its divergent natural endowment, including extensive forest reserves, and parks. Ontario is very famous for its world-known Niagra falls which is one of its unique landmarks.

Ontario is home to a lot of universities, including the likes of Ryerson, Guelph, and Brock universities thus making the city an educational city and perhaps the most education loving city in the globe. Macmaster on the other hand is situated at 1280 main street, Hamilton Ontario L85 4L8, Canada. It has its campuses on about 250-300 hectares of land near the neighborhood of its residence. It operates six faculties and they are:

Macmaster is one of the only four universities in Canada that has been consistent in the world top hundred rankings, it also has a good recommendation of academic research and excellence, this is reflected in their students and alumni that includes three noble prize holders, globally recognized business leaders, technological innovators, public intellectual individuals and also prominent politicians.

Some of the recent most applaud able awards and recognitions received by the McMaster University through its staffs, alumni, and students are listed here;

The Macmaster University was formed from the growth of an educational advantage, undertaken by the baptist as early as the year 1830. It was founded in 1887 as the baptist college of Toronto, then a Canadian senator whose name was William McMaster, who happens to be the first president of the Canadian bank, released some funds to build the university.

The money was collected by the collaboration of wood stock Hamilton College and the Toronto baptist college. The first set of courses offered at the university was in arts and theology and was taught in 1890, and the first degree was given in 1894.

As the university began to develop, the McMaster hall that was being used by the students for learning became too overcrowded. Then they had no option but to move out, some supported it while most of them were against it. Then after some time, a student suggested that the school should be removed from the McMaster hall that has become overcrowded and should be moved to Hamilton.

The student suggested that it should be moved from that tight place to a more spacious space in Hamilton if possible then get a land. After a certain period, the school was then relocated to where it is now. The land used by the school for the building were given as gifts and was partly funded by the graduates of the school.

In 1965, with the assistance of the government of Toronto, the university created a medical school and teaching hospital, which graduated their first set of physicians in 1972. In 1968, the university set a division of arts, health sciences, and sciences with each division having its vice president, they were later changed to just one, under the leadership and control of a single Dean.

Life in the city

Ontario is one in the thirteen territories of Canada, it is located in central Canada, it has the most population in all thirteen provinces, with over 36 percent of the country’s population, it is most times divided into regions, northern and southern parts. In contrast, the northern region has the highest population, because of its forestation and winters.

Although Ontario is known for a pretty high cost of living, the minimum wage given to a salary earner is one of the highest in the country. Ontario also has a high quality of public service, and also the residents do pay high taxes. Even though they pay high taxes in Ontario, it is a place with high social and economic activities. 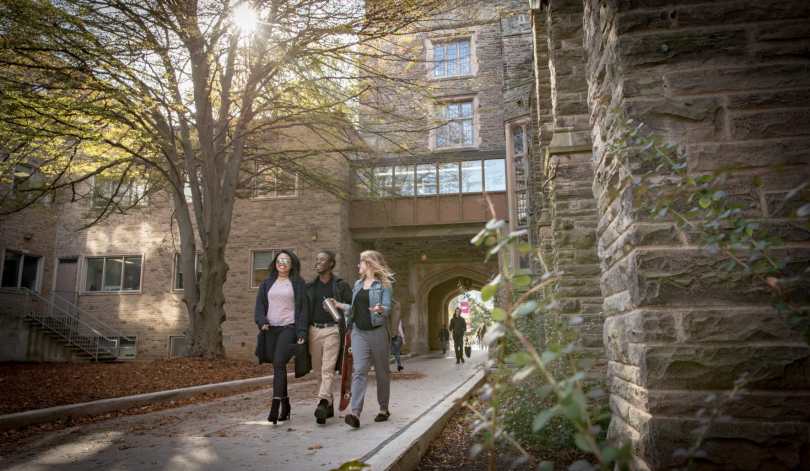 McMaster University is situated in the city of Hamilton Ontario, the main campus is a place that shares a boundary with the north, it is a natural marshland. To the east and west is located close to the residential neighborhood, and then the south is where you find the main street. To add to this, McMaster has a lot of properties around Ontario.

Student housing facilities: by March of 2019, Macmaster University had twelve different student residences. The facility can accommodate over 3000 students. Its latest housing facility, the Les prince hall was delivered in 2006. Resident students are represented by the inter residence council.

Academic facilities: the university campus has seen a lot of different development since 1928. The main campus has six original buildings, a multi-usage hospital which is the second-largest intensive care unit in the country. It also has a life sciences building where most of their researches are carried out.

Student life and groups:  in the 2006 academic calendar year, the university had registered about 31,000 students, 26,000 undergraduate students, and 4,480 graduate students. The university mostly consists of Canadians, which makes up for 90 percent of the students. They are more than 300 student bodies in the University, conveying different interests from recreation to culture, religion, social issues, and so on.

Since its founding in 1887, McMaster University has been solely committed to the development of human potential, a dedication that is being demonstrated every day by higher levels of approach to education, and most importantly world-class research. The school is the only one in four Canadian universities to be consistent on the top 100 world ranking.

The tuition fees in McMaster university are charged by the number of units a student is offering, and any unit that is to be canceled by any student will call for a cancellation fee. The money to be paid by the students are of two different categories that of the normal fees and the supplement fee.

The tuition fees are segmented into a board approved category that is based on the unit and the specific faculty. While the other is the supplement fee, this fee (supplement fee) is a compulsory fee that was imposed on all students. It is used to support programs and research.

The fees are analyzed below:

How to pay: Every student who wants to pay the tuition fees, are expected to create online banking from the website of the Canadian bank they use. You are expected after creation to go to the website, then select bill payment and then select the name of the university which is McMaster University, and then enter the amount you wish to pay. After payment, it is expected that you take screenshots, to be able to prove payment.

How to Apply as an International Student

One thing that is worthy of note, before applying for admission into McMaster university is that, if you eventually get admission you will first have to get a study permit from your country of residence. Note that you will be required by the admission board of the McMaster University to prove your proficiency in the English language.

Read also:Ranking Of Universities In Norway

When moving to a new environment, place or, country or, as in this case a university, one of the most important things in the mind of an individual is whether he or she will be able to survive or cope with the cost of living in the particular area that he or she is about to move into.

Ontario has a high level of natural resources, with an excellent transportation system, the cities in Ontario are peaceful for one to live in. Another thing is that finding a job in Ontario would not be difficult, because it (Ontario) covers the highest level of the federal government and private sector employment in the entire country of Canada.

Also, finding an apartment would not be hard because they have a very affordable and friendly housing system for its residents. And when it comes to feeding, no worries because the majority of the free lands in Ontario has been given to agriculture, and so food will be affordable and pocket friendly. The transportation in the city and around the university is also affordable.

McMaster University’s acceptance rate is pegged around 53 percent to 57 percent. By this level of statistics, it should be obvious that it is one of the easiest universities to get admission into. International students get admission into the university based on merit and not for regionalism. The school also seeks to bring the very best out of the people they admit.

It is also worthy of restating the fact that the school admits students from different parts of the world, based on their performance and not for the sake of their country of origin, and by this, you should be aware that meeting up to the requirements of admission by the university is something every one of its applicants should wholeheartedly work towards.

Compared to other universities McMaster University has a high rate of acceptance because the school is situated in one of the best places to revise, it is advisable that for someone who is an applicant in such university, you should do well to oblige to the rules set by the school, to have a wonderful experience in the school.