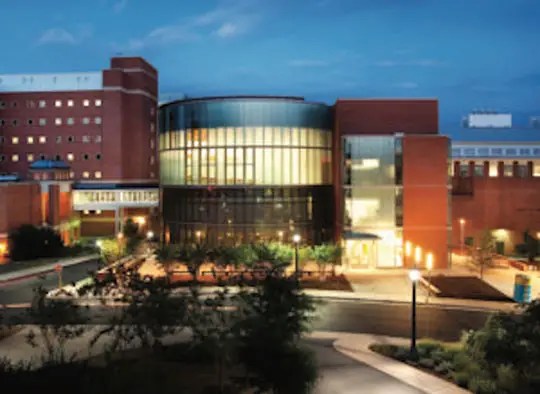 Let’s now consider the top medical schools in Virginia you can apply to, if you want to study medicine or any other medical related program.

Read also: How To Become A Medical Assistant

University Of Virginia School Of Medicine

It is consistently ranked within the top quartile of research-oriented medical schools by U.S. News and World Report, and is ranked sixth in primary care as of 2020. Doctor of Medicine (M.D.) and Doctor of Philosophy (PhD) degrees are awarded by the School of Medicine, which is affiliated with both the University of Virginia Health System and the Inova Health System.

The University of Virginia Hospital is a large tertiary care facility with over 500 beds, including a 45-bed neonatal intensive care unit and a 20-bed nursery. The Newborn Emergency Transport System (NETS) transports critically ill newborns and children from all around the surrounding area and states back to UVA Children’s Hospital.

The hospital is a Level I trauma center with ambulance and Pegasus, UVA Health System’s air and ground transport service for severely ill and injured patients, available. Patients at UVA are treated by physicians who are also faculty members at the UVA School of Medicine, as it is an academic medical center. The Claude Moore Health Sciences Library is housed within the Medical Center and serves the School of Medicine and the Health System.

The medical school, which is located on VCU’s MCV Campus in Richmond, Virginia, provides a variety of master’s, doctoral, and interdisciplinary programs in addition to the M.D. degree, postdoctoral research, and residency training.

Students in their third and fourth years of medical school can train at Inova Fairfax Hospital in Northern Virginia, while the Virginia BioTechnology Research Park in Richmond provides an incubator for faculty and students to build bioscience companies and research programs.

The School of Medicine is responsible for more than half of VCU’s sponsored research awards and more than 85 percent of the university’s National Institutes of Health funding, with more than 300 basic science investigators.

The VCU Medical Center’s patients benefit from the medical school’s instructional skills and clinical services. The medical center has a Level 1 Trauma Center, a Level 3 Neonatal Intensive Care Unit, a translational research center, a comprehensive organ transplantation center, a research and rehabilitation center, a children’s mental health facility, and a burn care center, as well as a teaching hospital with 779 beds and 650 physicians.

The Virginia Commonwealth University Medical Center is one of 35 Ebola treatment clinics in the United States. VCU academics work at the Hunter Holmes McGuire VA Medical Center, and they also serve as national directors for rehabilitative medicine, radiation oncology, primary care, and residency education for the Veterans Administration.

The Virginia Tech Carilion School of Medicine is a public medical school located in Roanoke, Virginia, at Virginia Polytechnic Institute and State University (Virginia Tech). The medical school is affiliated with VTC’s Fralin Biomedical Research Institute, which is a university-level research institute.

The medical school was founded as a public–private cooperation with the Carilion Clinic, and its graduates are awarded the Doctor of Medicine (M.D.) degree. From 2008 through 2018, the medical school was a private institution, but on July 1, 2018, it became an official college of Virginia Tech.

On July 29, 2019, the Virginia Tech Carilion School of Medicine welcomed its tenth class. Since its inception, six classes of around 40 students have graduated, with 100% of graduates being accepted into residency programs. Out of 4,611 candidates, 42 students were chosen for the M.D. class of 2020. The average undergraduate GPA in the class was 3.6, with an average MCAT score of 32.

Eastern Virginia Medical School (EVMS) is a public medical school in Norfolk, Virginia. EVMS is not affiliated with an undergraduate college and coordinates training through numerous medical centers in the Hampton Roads region. It was founded through grassroots initiatives in the southeastern section of Virginia known as Hampton Roads.

The Sentara Norfolk General Hospital, a 555-bed tertiary level 1 trauma medical care facility in the region, and the 212-bed Children’s Hospital of The King’s Daughters, a regional pediatric referral care facility and the state’s only stand-alone children’s hospital, are both located on the EVMS campus. In vitro fertilization has produced a viable fetus for the first time in the United States at EVMS.

Reproductive medicine, simulation/standardized-patient education, and research in pediatrics, geriatrics, diabetes, and cancer are among EVMS’s most well-known specialties. In addition, as indicated by faculty and alumni who founded Operation Smile, Physicians for Peace, Global Brigades, and CONRAD, EVMS is well known for its leadership in community service and medical missions.

Edward Via College of Osteopathic Medicine

The Edward Via College of Osteopathic Medicine (VCOM) is a private osteopathic medical school in Blacksburg, Virginia (VCOM-Virginia), with satellite campuses in Spartanburg, South Carolina (VCOM-Carolinas), Auburn, Alabama (VCOM-Auburn), and Monroe, Louisiana (VCOM-Monroe) (VCOM-Monroe). Bluefield College was recently added to VCOM’s list of campuses. VCOM, which was established in 2002, graduated its inaugural class of 139 students in June 2007.

With a total enrolment of 1,853 students across its three campuses, VCOM is the second largest medical school in the United States.

In 2013, the American Osteopathic Association Commission on Osteopathic College Accreditation granted provisional accreditation to the college, which was then upgraded to full accreditation in 2018. The institution has long-term ties with Halifax Health, Johnson Health Center, LifePoint, and Centra Health, which includes a 30-year clinical clerkship and graduate medical education affiliation with 80 students every year.

Liberty Mountain Medical Group LLC, a general care clinic servicing the wider Lynchburg area, was founded by the college of osteopathic medicine in July 2015. Family medicine, internal medicine, pediatrics, and sports medicine, as well as a laboratory and X-ray imaging are services rendered.

Is University of Virginia a good medical school?

Do doctors get paid for residency?

Yes, graduates are compensated while completing their medical residency.

The average salary for medical residents is $63,400 per year. Those in the sixth to eighth years of medical residency make higher money. Salary increases by roughly 3 to 5 thousand dollars per year during the training years.

Can you fail a medical school?

Getting into medical school is challenging, and getting through coursework is even more difficult. However, several medical schools in the United States have decided to solely give pass/fail grades, which is terrible. It is quite rare for students to fail classes in medical school.

How much is the salary of a doctor in USA?

Despite the fact that the majority of medical students excel in their undergraduate courses and earn excellent college GPAs, many students discover that medical school courses are far more challenging than college courses. “Most medical schools want their students to work 60-80 hours per week on a consistent basis,” says Dr..

Which is the hardest premed class?

Organic chemistry is the most difficult college course, which should come as no surprise. This course is known as the “pre-med killer” since it has prompted many pre-med students to change their major.

What type of surgeon makes the most money?

According to a new physician employment report from Doximity, neurosurgery and thoracic surgery were the best paying medical specialties in 2019, with average earnings north of $550,000. The top five were orthopedic surgery, radiation oncology, and vascular surgery.

How many years do doctors have to study?

The bachelor’s degree in medicine (MBBS) is the first step toward becoming a doctor. This is your ticket to a medical profession. This is normally a five-and-a-half-year program that culminates in a year of mandatory internship.

Is being a doctor worth it?

While some may believe they would have been better off pursuing another career path, many doctors are really grateful they chose medicine. “After weighing all of the benefits and drawbacks, I believe that being a doctor was ultimately worthwhile for me,” Dr…. “I would go to medical school all over again.”

Cuba has the lowest compensation for doctors (specialists), with an average income of $804 (£617). Cuban doctors are among the lowest-paid in the world. Cuba has the world’s lowest patient-to-doctor ratio, with specialist physicians earning only $804 (£617) each year.

What happens if a surgeon sneezes?

If you’re standing at the patient’s side and need to cough or sneeze, sneeze directly into the surgical wound. The fine aerosol produced by your sneeze will then shoot out the sides of your mask (and not into the wound.).

This is how far we can go on this article; List Of Medical Schools In Virginia. HHope you enjoyed reading and have learnt some things. If you want to study medicine in Virginia, kindly contact any of these universities and start your application.