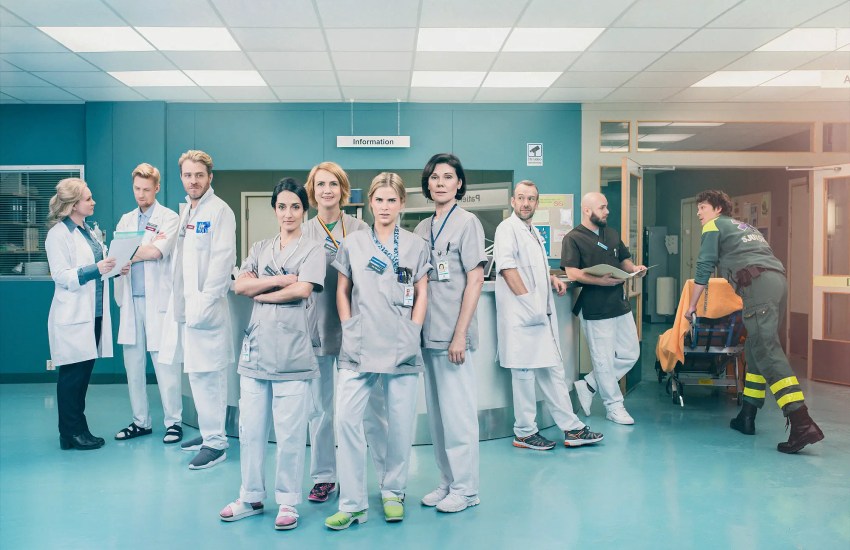 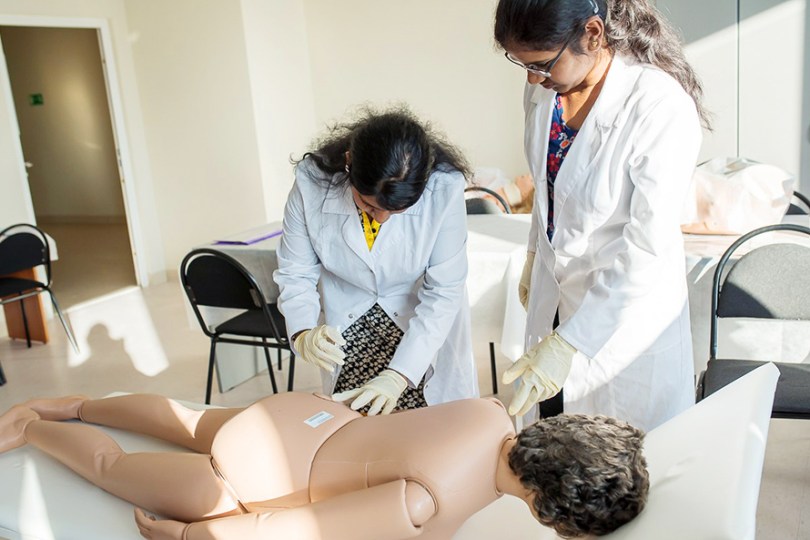 In our article today, we are going to consider how to study in Nursing in Russia. Nursing is a very noble profession and the demand for nurses is very high in almost all the countries. So let me work you through the process of applying for nursing in Russia, before I do this, will want us to see a little overview of Russia and the benefits associated with studying in Russia.

Russia, often known as the Russian Federation, is a country that stretches over Eastern Europe and Northern Asia. It is the world’s largest country, covering more than 17 million square kilometers (6.6106 square miles) and accounting for more than one-eighth of the world’s inhabited land area. With sixteen autonomous nations, Russia spans eleven time zones and has the most borders of any country on the planet.

It is the most populated country in Europe and the tenth most populous country on the planet, with a population of 146.2 million people. The capital, Moscow, is Europe’s largest metropolis, while Saint Petersburg is the country’s second-largest city and cultural center. Russians are the most populous Slavic and European nation; they speak Russian, which is the most widely spoken Slavic language and Europe’s most widely spoken native language.

Benefits Of Studying In Russia

There are so many benefits associated with studying in Russia and I’m going to discuss them here:

After class, Russian students never run out of things to do. They compete in sports, contests, student festivals, and other recreational activities. Student theaters, sports teams, volunteer organizations, and student construction teams all exist at universities. The funny KVN games (Club of the Merry and Quick-Witted) provide a unique creative outlet for Russian students: the best university KVN teams compete in a televised event broadcast on a central Russian TV channel.

All Year Round Travel

The Bolshoi Theatre, the Tretyakov Gallery, the Pushkin Museum of Fine Arts, the Hermitage, and St. Isaac’s Cathedral are all world-famous Russian cultural attractions that draw millions of visitors each year. This, however, is only the tip of the iceberg in terms of sights to see. The UNESCO World Heritage List includes 30 Russian cultural sites.

The UNESCO list includes the sites of Novgorod, Suzdal, Vladimir, the Holy Trinity Monastery of St. Sergius, Lake Baikal, the volcanoes of Kamchatka, the Golden Mountains of Altai, the Novodevichy Convent, the Curonian Spit, and others, in addition to the Kremlin and Red Square. Many universities organize student tours. The options are nearly unlimited, ranging from the Golden Ring, which spans eight historic Russian cities, to traveling the renowned Trans-Siberian Railway route.

Russian universities are comparable to many Western universities in terms of academic facilities. Laboratories, research centers, and study facilities with high-level equipment are now a part of student life. Most Russian colleges have their own dorms, which are reasonably priced.

Furthermore, certain groups of foreign people, including compatriots, are eligible to apply for state-funded positions on an equal footing with Russians but outside of the quotas. Participating in university academic competitions is another option: champions and laureates of these competitions are awarded favorable enrollment terms at top Russian universities.

How To Study Nursing In Russia

If you are planning to study nursing in Russia, just like other countries, you must budget for the tuition fees and living expenses. Tuition fees for nursing programs in English language ranges from $3000 to #3500 per year, while the ones in Russian medium go for $2000 to #2500 per year. Cost of iving in Russia is one of the lowest in Russia, you need to budget around $200 to $300 per month to cover the cost of accommodation, feeding, transportation, buying of books etc.

To study in Russia you can apply directly to the universities there, but I advise you pass through an agent who can handle the technicalities involved in the admission and visa processing. You can also hire the services in RECAS.

Let’s now consider some top universities in Russia that offer nursing. You can contact them and get more information about the nursing program.

Perm State University (now Perm State National Research University; or PSU, PSNRU) is a Russian university located in Perm, Perm Krai. It claims to be one of Russia’s oldest universities, having been founded in 1916 in the Ural and eastern provinces. Igor Makarikhin is the current rector. The University’s campus has won the Moscow Mayor’s Prize for “Best Campus.”

On October 14, 1916, Perm State University was established. It all started with the establishment of a branch of St. Petersburg University in Perm. The Russian government’s decision was in line with the Urals economic region’s cultural and geopolitical growth agenda. D.I. Mendeleev, A.S.Popov, D.N.Mamin-Sibiryak, A.G.Denisov-Uralsky [ru] and other notable public personalities backed the notion of establishing a center of higher education in the Urals.

The Russian University of Peoples’ Friendship, popularly known as RUDN University, is a public research university in Moscow, Russia. It was founded in 1960. In non-aligned nations, the university became a vital pillar of the Soviet cultural assault.

Russia’s Peoples’ Friendship University is one of the country’s most prestigious state universities. The university’s faculty and major structure is multifaceted. More than 77,000 university graduates work in 170 countries, including more than 5,500 PhD and Doctorate holders. Lecturers educate specialists in 62 majors and research areas.

As of 2014, the university had over 29,000 graduate and postgraduate students from 140 countries enrolled. They represent over 450 countries and ethnicities from around the world. It employs a total of 4,500 people, including 2,826 teachers. In nearly all departments of the university’s scientific study, the intellectual fund contains more than 870 author’s invention certificates and 150 Russian Federation patents.

It is widely regarded as Samara’s and the region’s most prominent graduate school, particularly for its highly competitive and difficult programs in English, Law, Sociology and Political Science, International Relations, and Psychology. In addition, SSU is known for its postgraduate research in the sciences and humanities.

How many years does it take to study Nursing in Russia?

Graduates of Russia’s nursing education program receive a Bachelor’s degree after completing the four-year program. It is the shortest medical curriculum; other programs are normally 6 years long.

Can I be a nurse in Russia?

What is the salary for a nurse in Russia?

In Russia, how much money does a nurse make? A nurse in Russia earns roughly 76,800 RUB per month on average. Salaries range from 36,100 RUB to 121,000 RUB (lowest to highest) (highest). This is the monthly average pay, which includes housing, transportation, and other benefits.

Is Russia good for Masters programs?

Russia is a popular graduate study location for students from all over the world. Students who earn a Master’s degree in Russia will receive a high-quality, internationally recognized education in state-of-the-art facilities. Russia boasts outstanding engineering and health-care programs.

How much does a nurse earn in Moscow?

A month’s salary for a nurse in Moscow is normally around 119,000 RUB. Salaries range from 76,600 RUB (the lowest average) to 230,000 RUB (the highest average) (highest average, actual maximum salary is higher). This is the monthly average pay, which includes housing, transportation, and other benefits.

How much is visa fee to Russia?

How much does a visa to Russia cost? The cost of a Russian visa is $160.00, which does not include administrative expenses or the cost of a letter of invitation.

Is Russia good for MBBS?

In comparison to other western countries, MBBS in Russia is a favoured alternative for international students due to the Russian Ministry of Health and Education’s substantially subsidized fees. One of the key reasons for choosing top medical institutes in Russia for MBBS is the high quality of education paired with the inexpensive cost.

Is there much crime in Russia?

Can students work and study in Russia?

Is it possible for foreigners to study and work in Russia simultaneously? Yes, overseas students can work part-time at the institution (or associated organizations)…. Only students enrolled in full-time courses at state-accredited universities are eligible for permits.

How much does it cost to study medicine in Russia?

How is student life in Russia?

Student life in Russian universities is quite active and exciting, with opportunities to attend conferences, exhibitions, and research or educational seminars. You can also participate in sports; there are basketball, football, volleyball, and other teams at each university.

What is the average salary in Russia?

Which is the best time to visit Russia?

Summer (June to August) is the finest time to visit Russia, with its long, beautiful evenings and warm temperatures of 21°C to 25°C. It’s also the best — and most popular — time to go to Mongolia by train on the Trans-Siberian Railway.