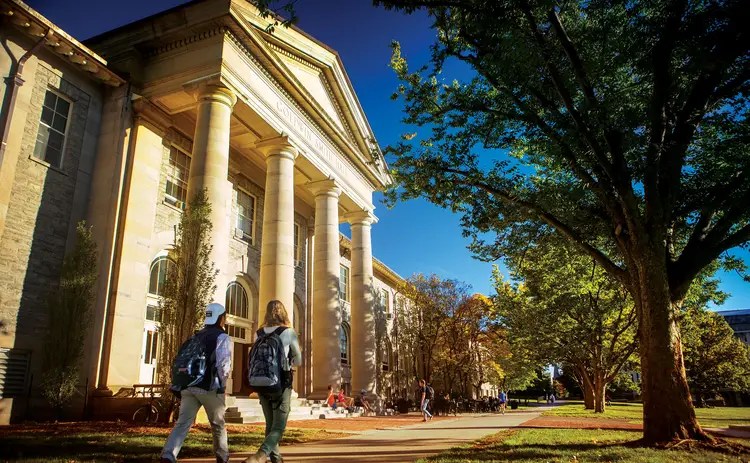 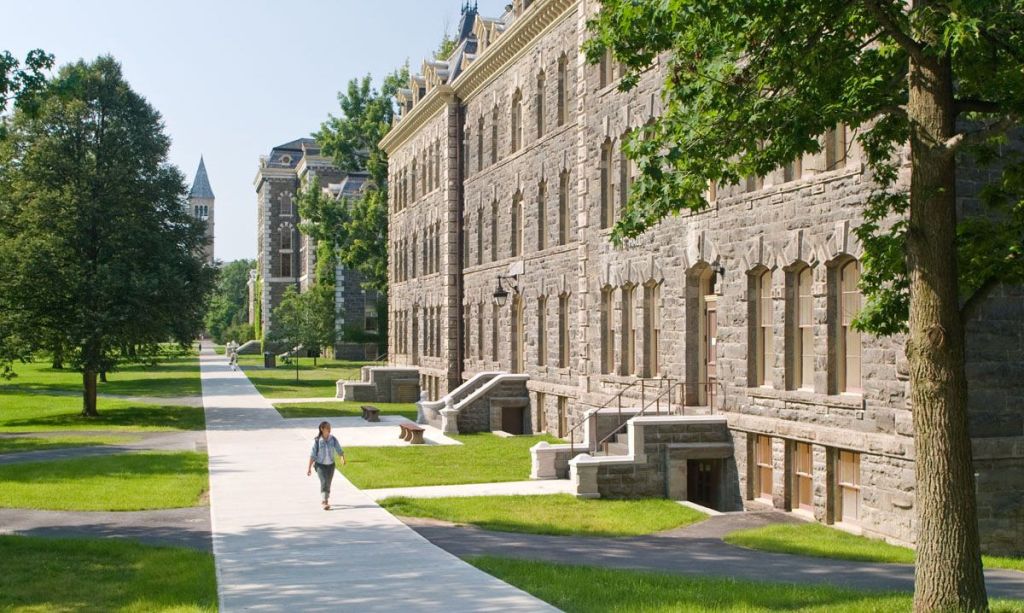 Cornell University has an acceptance rate of 11%, which is considered low. With this acceptance rate you can say that this university is very selective when it comes to accepting students. Only 11 out of 100 applications are considered by this university. To boost your chances of getting admitted, you must apply with good grades. Let’s now look at Cornell University admission requirements.

Cornell University was established in 1865 as a private college. It has a total undergraduate enrolment of 15,043, is located in a rural location, and is 745 acres in size. The academic calendar is semester-based. Cornell University is ranked #18 in National Universities in the Best Colleges 2021 edition. The total cost of tuition and fees is $59,316.

Cornell University in Ithaca, New York, is home to over 1,000 student organizations, ranging from the Big Red Marching Band to the International Affairs Society. The university has housing alternatives for upperclassmen and graduate students, though many prefer to live off campus.

First-year students reside together on north campus, while the institution has housing options for upperclassmen and graduate students. With almost 60 fraternity and sorority chapters, Cornell boasts a vibrant Greek community. The Ivy League is home to 35 NCAA Division I varsity teams from Cornell. The Cornell Big Red are noted for their great men’s lacrosse and wrestling programs, as well as a strong ice hockey program.

Even though every graduate obtains a degree from Cornell University, each of Cornell’s seven undergraduate colleges and schools admits its own students and hires its own professors. The College of Arts and Sciences and the College of Agriculture and Life Sciences are Cornell’s two major undergraduate colleges. The S.C. Johnson Graduate School of Management, College of Engineering, Law School, and Weill Cornell Medical College are among the university’s graduate schools.

Cornell is also known for its highly regarded School of Hotel Administration and top-ranked College of Veterinary Medicine. Dragon Day, when a dragon made by first-year architecture students is paraded over campus, is one of Cornell’s oldest traditions. U.S. Supreme Court Justice Ruth Bader Ginsburg, author E.B. White, and Bill Nye, the “Science Guy,” are among the notable alumni.

How To Get Into Cornell University

Cornell is exceedingly difficult to get into. To stand a chance of getting admission, you must have a good GPA and a track record of completing difficult assignments.

Cornell’s approved applicants had an average unweighted GPA of 3.8. To meet or exceed this average, you’ll need to have largely A’s on your report card. That isn’t to say that you should fill your schedule with easy classes in order to earn good scores. Cornell wants to see if you’re capable of academically challenging yourself.

Take honors, AP, or IB classes whenever possible to demonstrate that you can manage challenging academic coursework. If you have all these requirements and what to start your admission, you can do that by submitting an online application for admission to the university here.

Cornell University alumni list covers noteworthy Cornell University graduates, non-graduate former students, and present Cornell University students. As of August 2008, Cornell has 245,027 live alumni. There are 25 National Medal of Science and National Medal of Technology and Innovation recipients among its alumni, as well as 36 MacArthur Fellows, 34 Marshall Scholars, and 31 Rhodes Scholars, 237 elected members of the National Academy of Sciences, 178 elected members of the National Academy of Engineering, 190 plus heads of higher learning institutions in the United States and around the world, and C. (Pearl S. Buck, Barbara McClintock, and Toni Morrison).

Many Cornell graduates keep in touch with the university through Homecoming’s reunion weekend, Cornell Magazine, and the Cornell Club of New York. Cornell was ranked third in the nation for alumni gifts and bequests in 2005. Cornellians are alumni who have made significant contributions to public, professional, and corporate life.

Let’s now consider some top universities in USA you can consider if for admission, incase Cornell University isn’t working for you or maybe you can’t meet their requirements.

Princeton University was established in 1746 as a private college. It boasts of a total undergraduate enrolment of 5,422, a suburban environment, and a 600-acre campus. The academic calendar is semester-based. Princeton University is ranked #1 in National Universities in the Best Colleges 2021 edition. The total cost of tuition and fees is $53,890.

Princeton University, one of the country’s oldest colleges, is located in the tranquil town of Princeton, New Jersey. Princeton hosts a variety of events, activities, and organizations inside the confines of its ancient ivy-covered campus. The Ivy League’s Princeton Tigers are noted for having consistently good men’s and women’s lacrosse teams.

Students live in one of six residential colleges, which offer a residential community as well as food services, but they can join one of more than ten eating clubs throughout their junior and senior years. For the students who join, the eating clubs act as social and dining organizations. “Princeton in the Nation’s Service and the Service of Humanity,” the university’s unofficial motto, reflects the university’s commitment to community service.

Harvard University was established in 1636 as a private college. It has a total undergraduate enrollment of 6,755, is located in an urban area, and covers a total of 5,076 acres. The academic calendar is semester-based. Harvard University is ranked #2 in National Universities in the Best Colleges 2021 edition. The total cost of tuition and fees is $54,002.

Harvard University is made up of 13 schools and institutes, including the top-ranked Business School and Medical School, as well as the highly ranked Graduate Education School, School of Engineering and Applied Sciences, Law School, and John F. Kennedy School of Government, which are all located outside of Boston in Cambridge, Massachusetts.

Harvard is a private, non-profit university that was founded in 1636 by the General Court of the Massachusetts Bay Colony in colonial America. According to the university’s archives, the institution was founded to train members of the clergy. Harvard is named after John Harvard, a Puritan clergyman who gave half of his land and his 400-book collection to the new school in 1638. There were nine graduates at Harvard’s first commencement ceremony in 1642.

Columbia University was established in 1754 as a private college. It has a total undergraduate enrolment of 6,245, is located in an urban area, and is 36 acres in size. The academic calendar is semester-based. Columbia University is ranked #3 in National Universities in the Best Colleges edition for 2021. The total cost of tuition and fees is $64,380.

Columbia University has three undergraduate schools, Columbia College, The Fu Foundation School of Engineering and Applied Science, and the School of General Studies, as well as a number of graduate and professional schools, including the highly ranked Business School, Teachers College, Law School, and College of Physicians and Surgeons, all of which are located in New York City. There is also a well recognized College of Dental Medicine and a graduate Journalism School at the university.

Stanford University was established in 1885 as a private institution. It boasts a total undergraduate enrolment of 6,996 students, a suburban environment, and a 8,180-acre campus. The academic calendar is based on quarters. Stanford University is ranked #6 in National Universities in the Best Colleges 2021 edition. The total cost of tuition and fees is $56,169.

Stanford University’s beautiful campus is around 30 miles from San Francisco in California’s Bay Area. The Stanford Pre-Business Association and the Stanford Solar Car Project, which develops, manufactures, and races a solar car every two years, are just a few of the student organizations available at Stanford. The Stanford Cardinal are well-known for their yearly football rivalry with Cal, which culminates with the Stanford Axe – a prized trophy — being awarded to the victor.

Stanford also has outstanding tennis and golf programs. Only freshmen are required to live on campus, although all students are guaranteed housing for the whole four years, and the majority opt to do so. At Stanford, Greek life accounts for about a quarter of the student body.

This is where we are going to end this article on Cornell University acceptance rate. Hope you have learnt alot from it!