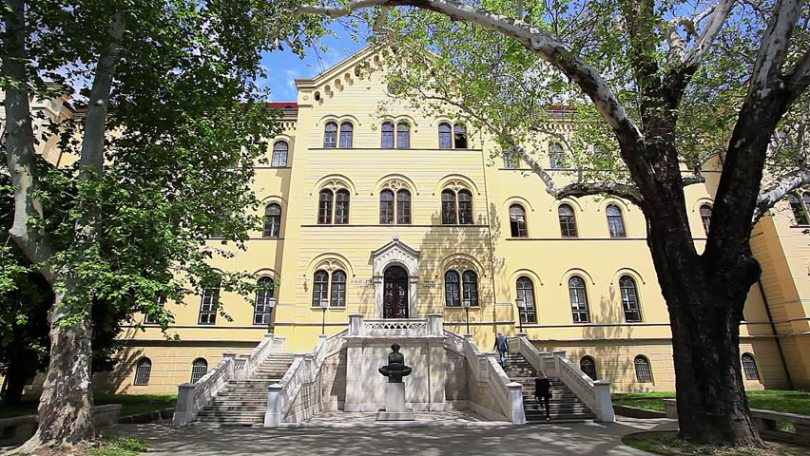 So today again we are going to consider some of the top universities in Croatia and as always, we will strive to provide the tuition fees for each of the university and many other information about studying in Croatia.

Croatia, formally the Republic of Croatia, is a republic on the Adriatic Sea that is at the crossroads of Central and Southeast Europe. It shares a maritime boundary with Italy to the west and southwest, and borders Slovenia to the northwest, Hungary to the northeast, Serbia to the east, Bosnia and Herzegovina and Montenegro to the southeast.

With twenty counties, Zagreb, the country’s capital and largest city, is one of the country’s principal subdivisions. Croatia has a population of 4.07 million people and covers 56,594 square kilometers (21,851 square miles).

Benefits Of Studying In Croatia

Croatia is becoming a popular study abroad destination for international students. Every year, thousands of people go to Croatia for their studies. So let’s see what’s spectacular about this country that make them go there.

Croatia is a safe country in comparison to other countries. You can walk freely in the city or in the countryside, at any time of day or night. Croatia is one of the few places in the world where there is no fear of terrorist strikes. Foreign residents in Croatia frequently cite security as one of the most important aspects of the country. Croatia also provides economic and political stability, making it an excellent area to study.

Many Croatian innovators and scientists, such as Nikola Tesla, Slavoljub Penkala, and Franjo Hanaman, are well-known outside of Croatia. In addition, each year, a huge number of lesser-known innovators get accolades and medals at numerous international innovation fairs. Every year, Croatia’s Ministry of Economy, Entrepreneurship, and Crafts invests a growing amount of money in new patents. Mate Rimac, the founder of the Croatian car firm Rimac Automobili, is one of the best instances of success in Croatia.

Croatia is one of the few European countries that can boast of its natural beauty. Although the majority of students prefer to visit the most well-known destinations such as the Plitvice Lakes, Krka National Park, Kornati National Park, and other gorgeous islands, Croatia has much more to offer. Many attractions might be compared to other, far more well-known and well-known ones. As a result, I recommend that you visit Slavonia, Baranja, and Srijem, as well as the nature park Kopaki rit, Rastoke, Risnjak, and Lonjsko polje.

Croatia is regarded for being very inexpensive to live in when compared to other European countries. Housing is the most expensive item in Croatia. The monthly rent varies greatly depending on where you live. However, prices are still lower than in Western European Union countries. If you live in an apartment, cooking is a better option than going out to eat.

Lunch for two individuals in a typical restaurant in Croatia costs at least 20 euros. Restaurant and grocery costs, in particular, are remarkably similar to those in western European Union countries. In addition, costs in seaside cities such as Split, Dubrovnik, Zadar, Rijeka, and others are higher. It is the most affordable option in eastern Croatia.

These are just a few of the many benefits associated with studying in Croatia. Let’s now consider the top universities in Croatia for international students.

Croatia has very few universities and we are going to look at them now. There are about 5 Universities in the country and they include:

The University of Zagreb is Croatia’s largest university and the country’s oldest continuously operational university, serving Central Europe south of Vienna as well as all of Southeastern Europe.

The University’s history began on September 23, 1669, when Holy Roman Emperor Leopold I signed a decree allowing the Jesuit Academy of the Royal Free City of Zagreb to be established. On November 3, 1671, the decree was approved by the Croatian Kingdom Council. The Jesuits ran the Academy for more over a century, until Pope Clement XIV abolished the order in 1773. Empress Maria Theresa established the Royal Academy of Science in 1776, succeeding the earlier Jesuit Academy.

In 1861, Bishop Josip Juraj Strossmayer recommended to the Croatian Parliament the establishment of a university. In 1869, Emperor Franz Joseph signed a proclamation establishing the University of Zagreb. Parliament passed the Act of Founding in 1874, and the Emperor ratified it on January 5, 1874. The Royal University of Franz Joseph I was founded on October 19, 1874.

With almost 70,000 students, the University is made up of 29 faculties, three art academies, and one university center. The University is now ranked 463rd out of 1000 universities in the world, according to the Center for University World Rankings.

The University of Zadar is a Croatian university in Zadar. The university was formed in its current modern form in 2002, although its ancestry dates back to 1396, making it Croatia’s and Europe’s oldest tertiary institution.

It was the country’s first higher education institution. It ceased to be an independent institution in 1807, and its functions were taken over by other institutions in the area. It was re-established as a satellite Faculty of Arts campus of the University of Zagreb, the country’s second oldest university, in 1956.

Later, the faculty was absorbed into the University of Split. In 2002, the Croatian Parliament passed an act allowing the re-establishment of the original institution as a full-fledged independent university, more than six centuries after its founding. In January 2003, the new University of Zadar welcomed its first students.

The University of Split is a university located in Split, Croatia. It was established in 1974 and is divided into 13 faculties with a total of 124 faculty programs. A total of around 40,000 students had graduated as of 2009, with 337 PhD degrees being awarded. Split University is a member of the European University Association (EUA).

The University of Split was founded on June 15, 1974, when units that had previously made an impact in their professional, scientific, and instructional fields were welcomed into its framework. The University of Split has grown over the last 30 years to encompass eleven Faculties, one Academy of Arts, and four University Departments as a leading scientific and instructional public institution in the region. There are around 25,000 undergraduate, graduate, and post-graduate students enrolled in the university’s undergraduate, graduate, and post-graduate programs.

The University of Rijeka is located in Rijeka, with faculties located around the Primorje, Istria, and Lika districts. Nine faculties, one art academy, four departments, university libraries, and the Students Centre make up Rijeka University.

While the present university was created on May 17, 1973, the first school of higher instruction was founded in 1627 by the Jesuits and had equal standing with the academies in the Austrian Empire’s main towns. The Faculty of Philosophy, which was founded in 1726, only lasted two years. In 1728, the Theological Faculty was established.

Rijeka was the Royal Academy’s seat from 1773 until 1780. Along with Rijeka, universities in Osijek, Kragujevac, Split, Mostar, Podgorica, Bitola, Maribor, Banja Luka, and Tuzla also opened their doors during the 1970s, a decade of exponential growth in the number of higher education institutions in the former Yugoslavia.

In 2008, the biotechnology, informatics, mathematics, and physics departments were established. Since 1986, the last three have been part of the Faculty of Arts and Sciences.

The University of Osijek is a Croatian public university located in Osijek. It is the flagship institution of higher education in Slavonia, as well as one of Croatia’s largest and oldest universities, having been founded in 1975.

The University of Osijek is divided into 11 Faculties, an Academy, and several additional administrative bodies. It was given the name Josip Juraj Strossmayer, a progressive Roman Catholic bishop who was born in the city in 1815, in 1990.

Is Croatia good for international students?

Are there English universities in Croatia?

Yes. Several universities offer English-language programs. Rijeka, Split, Zagreb, and Zadar Universities, to name a few, are among these institutions.

Is Croatia expensive for students?

In Croatia, the average monthly living cost for a student is €600, however it can be much higher in touristic destinations like Dubrovnik and Split. Accommodation in Croatia should be budgeted at a minimum of €200 per month. This is the cost of a single room in a basic hotel.

Can one work and study in Croatia?

Hope you enjoyed reading this article on top universities in Croatia. As you can see there are lots of benefits associated with studying in Croatia. If you want to study in this country, all you have to do is contact the universities listed in this article and start your admission application.