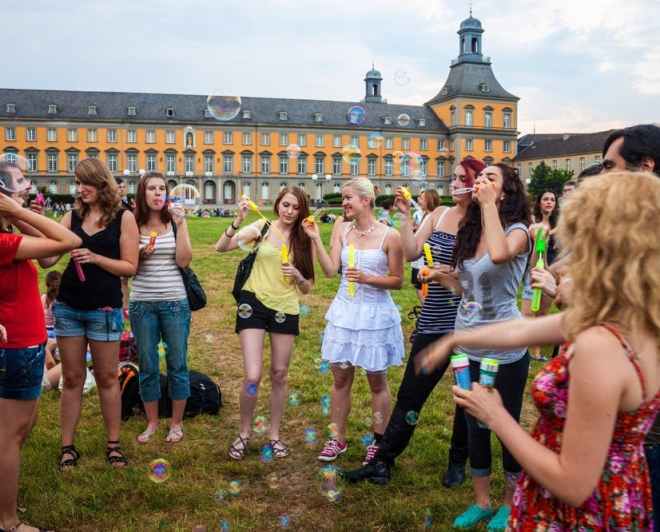 There are over 50 free universities in Norway that do not ask students to pay tuition fees. Yes! the Norwegian government spends huge amount of money on education in Norway and has directed all the public schools not to charge tuition free. As a student you only have to budget for your living expenses which is put at 11,000 Euro per year.

So, today we are going to see a full list of tuition free universities in Norway. You contact them and get more information about admissions and other important information.

Please note that only public schools are free in Norway. Private universities all charge tuition fees. Find below a comprehensive list of public universities in Norway offering free tuition education.

Norwegian University of Science and Technology

The Norwegian University of Science and Technology (NUST) is a public research university in Norway with campuses in Trondheim, Gjvik, and Lesund. NTNU is Norway’s largest university, with over 8,000 personnel and over 40,000 students. In 1996, the King-in-Council merged the previous University of Trondheim and other university-level institutions, with roots reaching back to 1760, to become NTNU, which has since expanded to include several former university colleges. NTNU is consistently listed in the top one percent of universities worldwide, with rankings ranging from 101 to 500.

Nord University is a Norwegian governmental university located in the counties of Nordland and Trndelag. With primary campuses in Bod, the capital of the county of Nordland, and Levanger, a university town located on the south coast of the Trondheim Fjord. The university has 11,000 students studying across Northern and Central Norway. Mo I Rana, Namsos, Nesna, Sandnessjen, Steinkjer, Stjrdal, and Vesterlen are among the other campuses.

The university is dedicated to a diverse range of educational and research programs, with a particular focus on blue and green growth, innovation and entrepreneurship, as well as welfare, health, and education. Aquaculture, sociology, business education, nursing education, and teacher education are among the 180 academic and professional programs offered at Nord University.

The University of Bergen is a state university in Bergen, Norway, that focuses on research. Today, the university employs over 4,000 people and has over 18,000 students. It is Norway’s second oldest university, having been founded in 1946 by an act of parliament based on many previous scientific organizations dating back to 1825.

In some subjects, such as earth and marine sciences, it is continuously ranked in the top one percent of the world’s universities, usually among the best 200 universities and among the best 50 universities globally. It is a member of the Coimbra Group, as well as the U5 group of Norway’s oldest and most prestigious institutions.

With over 200,000 graduates since 1983, BI is Norway’s major provider of economic and administrative competence and skills. The BI Norwegian Business School is a private organization that is recognized as a specialized university institution by NOKUT. BI’s academic activities are divided into nine distinct research departments that span all of the areas that can be found at a modern European business school.

BI offers a broad range of bachelor’s, master’s, and doctoral degree programs, as well as executive education and business-specific programs. English (BBA and graduate degrees) and Norwegian are the teaching languages (majority of undergraduate programs and custom programs for local businesses). Currently, the school has exchange agreements with 200 international universities in 45 countries.

The Artic University of Norway

The Arctic University of Norway, often known as the Institution of Troms, is Norway’s state university and the world’s northernmost university. It was founded by an act of parliament in 1968 and opened in 1972 in the Norwegian city of Troms. The University of Troms is Northern Norway’s major research and educational institution, as well as Norway’s sixth largest university. Because of its position, the University is an ideal place to further research into the region’s natural environment, culture, and society.

Troms gains additional weight and relevance as an international site for Arctic research due to its proximity to the Norwegian Polar Institute, the Norwegian Institute of Marine Research, and the Polar Environmental Centre. However, research activities aren’t confined to Arctic investigations. Researchers at the university work on a wide range of topics and are well-known both domestically and globally.

Lillehammer University College is a public university college in Lillehammer, Norway, located in Storhove. In 2017, it combined with the Inland Norway University of Applied Sciences to form the Inland Norway University of Applied Sciences. It began as Oppland College in 1971 and changed its name to its current form in 1995. It’s in the TV and radio center that was erected for the 1994 Winter Olympic Games.

Molde University College is a specialist university in Norway. It is located in Molde Municipality, Mre og Romsdal County, Norway, in the town of Molde. Courses available are in the fields of business administration, logistics, information technology, and health sciences at Bachelor’s, Master’s, and doctoral degrees levels. Until 1 January 2010, when it was upgraded to a specialized university in logistics, the institution was part of the university colleges.

It is one of the Norwegian higher education system’s nine specialized institutions. The main campus is in Molde, although there are several study programs in Kristiansund as well. On campus, there is also the Molde Research Institute.

Narvik University College has a total of 220 Staff and around 2000 students. Bachelor’s degrees in nursing, business and administration, engineering, and different master’s degrees in Technology are available on campus. They also provide technology PhD program.

Until it was absorbed into Nord University in 2016, Nesna University College  was a university college, a Norwegian governmental institution of higher education. Its campus located in Nesna Municipality’s village of Nesna. The university board of directors suggested a proposal to close this campus by 2022 in April 2019, and the health and safety representative ordered the campus to be closed immediately in May 2019.

This resulted in huge student protests and rallies, which were primarily focused against the closure, but also as a broader protest against the Solberg Cabinet’s municipal and regional mergers.

There were roughly 1200 students and 130 employees in the university college. The original teachers’ college was founded in 1918 by local priest Ivar Hjellvik, making it Northern Norway’s second oldest higher education school. In the surrounding towns of Mo I Rana and Sandnessjen, this university college maintained permanent satellite campuses. The Nordic Women’s University is housed at Nesna University College.

The Norwegian Academy of Music is a music conservatory in Oslo, Norway, located in the Majorstuen, Frogner neighborhood. It is Norway’s largest music academy and provides the highest quality of music education in the country. It offers both undergraduate and postgraduate courses as a university college. Many of Norway’s most well-known musicians have received their education at the Academy over the years.

The Norwegian Academy of Music trains musicians, composers, and educators, as well as attempting to establish the groundwork for future research in various aspects of music. It trains musicians in folk music genres, church music, classical music, and, most notably in recent years, a line of successful jazz singers. The Academy is also the largest concert organizer in Oslo, delivering around 300 events every year.

The school is free of charge, as are other schools in the Norwegian educational system. Auditioning and/or other verifiable criteria are the only ways for students to be accepted.

The Norwegian School of Economics, also known as the NHH, is a business school in Bergen, Norway. It was Norway’s first business school, established in 1936, and has remained a premier teaching and research institution in the fields of economics and business administration ever since.

The school has exchange agreements with more than 170 foreign business schools and universities in more than 50 countries, and around 40% of the institution’s students spend at least one semester abroad. The school is accredited by EQUIS and AMBA and is a member of CEMS (The Global Alliance for Management Education) and the Partnership in International Management (PIM) network.

It was the largest Norwegian higher education institution in terms of size until 1 January 2016, when it was surpassed only by the Norwegian University of Science and Technology. Around 27,700 students attend the university, which employs around 6,000 workers. Its faculties include (Lutheran) theology, law, medicine, humanities, mathematics, natural sciences, social sciences, dentistry, and education (the Lutheran Church of Norway has been Norway’s state church since 1536).

The original neoclassical site of the university is located in the heart of Oslo, and it is now home to the Faculty of Law. The university’s other faculties are mostly housed on the newer Blindern campus in the West End suburbs. The Faculty of Medicine is distributed between various Oslo-area university hospitals. The Frisch Centre, the Centre for International Climate and Environmental Research (CICERO), and the NKVTS are some of the university’s formally independent affiliated institutes.

The University of Stavanger (Universitetet I Stavanger) is a Norwegian university with its headquarters in Stavanger. When the previous Hgskolen I Stavanger (HiS) was granted university status in 2005, UiS was founded. In 2017, it had approximately 11,000 students and 1,370 administrative, faculty, and support personnel.

Educational Sciences and Humanities, Social Sciences, Science and Technology, Performing Arts, Health Sciences, and the Norwegian School of Management at UiS are the six faculties that make up the university. In addition, there are two national specialist centers and the Museum of Archaeology. The university campus is located in the Ullandhaug district.

Oslo School of Architecture and Design

The Norwegian University of Science and Technology (NTNU) is a Norwegian public research university with campuses in Trondheim, Gjvik, and Lesund. NTNU is Norway’s largest university, with over 8,000 personnel and over 40,000 students. In 1996, the King-in-Council merged the previous University of Trondheim and other university-level institutions, with roots reaching back to 1760, to become NTNU, which has since expanded to include several former university colleges. NTNU is consistently listed in the top one percent of universities worldwide, with rankings ranging from 101 to 500.

The Norwegian School of Veterinary Science (NVH) was a public university located in Adamstuen, Oslo, that teaches veterinarians and veterinary nurses, as well as doing research in aquatic medicine, food safety, comparative medicine, and mammalian illnesses, health, and welfare. There were approximately 450 personnel and 500 students at the college. Parts of the study were carried out in Troms and Sandnes.

Each year, a total of 70 students were accepted into NVH’s veterinary medicine programs. The program consisted of a 5.5 to 6-year professional degree/degree Master’s that resulted in the title cand.med.vet. This is the country’s only veterinary program, and it’s also one of the most challenging to get into.

The Norwegian School of Sport Sciences (NIH; Norwegian: Norges idrettshgskole) is a public university in Oslo, Norway. It is located in Sognsvann. It is responsible for sport science teaching and research on a national level. It offers bachelor’s, master’s, and doctoral degree programs.

Are Universities in Norway free?

Regardless of the student’s nation of origin, public universities in Norway do not impose tuition fees. This is a once-in-a-lifetime opportunity to earn a degree at a top university for free, and it’s one of the many reasons why Norway has become a popular destination for international students.

Norway, like Germany, is one of the few countries that offers free education to all international students, regardless of whether they are from the EU/EEA. For the student union, students simply have to pay a semester fee of 30 to 60 EUR.

Can international students work in Norway?

When studying in Norway, many overseas students work part-time jobs. In general, a student residency permit does not grant you the right to work in Norway. If you are granted a study permit, however, you will also be granted permission to work part-time.

Is cost of living in Norway expensive?

Norway is, without a doubt, very expensive…. The average cost of living in Norway varies depending on your lifestyle and where you choose to live in the nation. In general, though, living in this Nordic country will cost you between 20,000 and 40,000 NOK (2,176–4,352 USD) every month.

Is English spoken in Norway?

In addition to Norwegian, the vast majority of Norwegians speak English at a very good level. Many degree programs and courses at universities are taught in English.