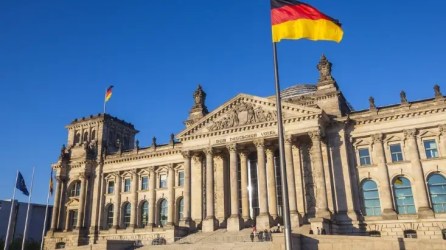 In today’s article we are going to focus on City University of New York, ranking, tuition fees, acceptance rate, programs offered etc. The City University of New York or CUNY was founded in the year 1847.  It is  one of the best universities in New York. This university is also one of the biggest and mist prestigious Universities in New York. Let us consider consider it’s ranking and other things.

SOME COURSES OFFERED IN CITY UNIVERSITY OF  NEW YORK

SOME ALUMNI OF CITY UNIVERSITY OF NEW YORK

The following are some notable alumni of The City University of New York:

ACCEPTANCE RATE IN THE CITY UNIVERSITY OF  NEW YORK

The acceptance rate in City University New York is 41%. Unlike other universities in New York, this university is more welcoming to international students.

WHY STUDY IN NEW YORK

New York has several job opportunities for students who are skillful. There are many multi- billion dollar firms and internationally recognized companies in New York. Studying in New York opens the opportunity of doing your internship in any of these firms or companies. And by large, you may be opportune to work in any of these big companies.

The subway system in New York works 24/7. Additionally, buses are easy to access wherever you are in the city. This makes it easier for you to locate places and explore better as an international student.

There are a mind blowing sum of over 800,000  restaurants and cafes in the city of New York. In just one city!  Even you are a vegetarian , New York restaurants got you covered.

For undergraduate studies is $7,340 for domestic students

For undergraduate studies is $15,290 for international students.

OTHER SCHOOLS IN NEW YORK

BRIEF  OVERVIEW OF THE BEST SCHOOLS IN  NEW YORK

Queen College was founded in 1937. It is one of the best schools in New York.

This school is more than a recognized criminal justice program. Other popular programs offered here are :