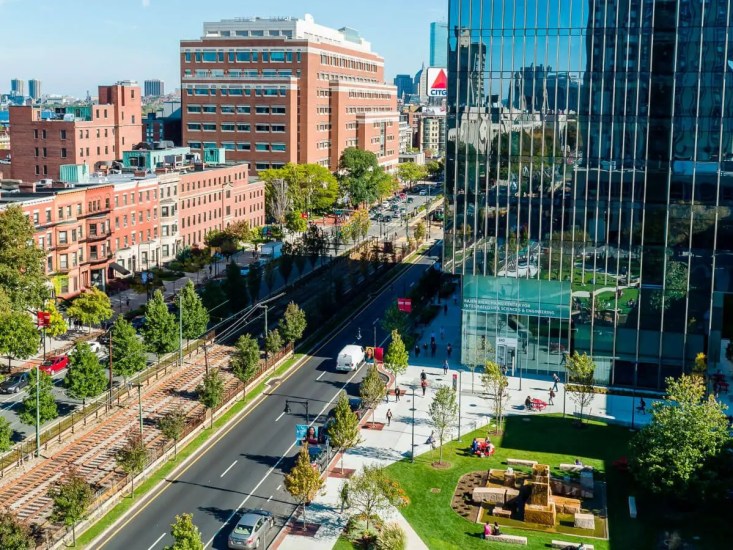 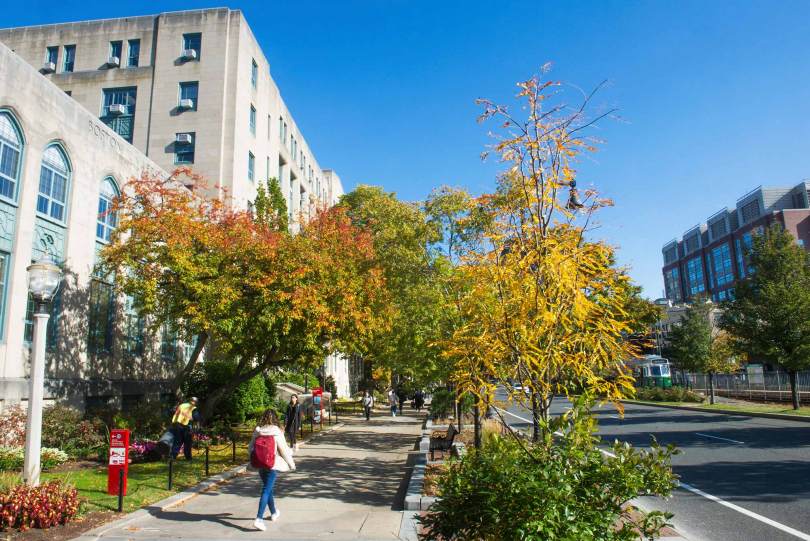 Boston University (BU) is a Boston-based private research university. Although the university is nonsectarian, it has a long history with the United Methodist Church. It was established in 1839 by Methodists in Newbury, Vermont, before relocating to Boston in 1867.

The institution today has about 34,000 students and over 4,000 faculty members, making it one of Boston’s top employers. It has 17 schools and colleges on three metropolitan sites that offer bachelor’s degrees, master’s degrees, doctorates, and medical, dental, business, and law degrees. The main campus is located in the Fenway-Kenmore and Allston neighborhoods of Boston, while the Boston University Medical Campus is located in the South End neighborhood. The Wheelock College of Education and Human Development, originally Wheelock College, is located on the Fenway campus and was united with BU in 2018.

Boston University’s 17 schools and colleges provide bachelor’s, master’s, and doctorate degrees, as well as medical, dental, and legal degrees. The Frederick S. Pardee School of Global Studies (founded 2014) is Boston University’s newest school, as is the Boston University Wheelock College of Education & Human Development (renamed in 2018 following the merger with Wheelock College). The Faculty of Computers & Data Sciences was established at BU in 2019, and it is an interdisciplinary academic institution that will train students in computing while also allowing them to combine data science with their chosen area.

The university has eight Nobel Laureates, 23 Pulitzer Prize winners, ten Rhodes Scholars, six Marshall Scholars, nine Academy Award winners, and several Emmy and Tony Award winners among its graduates and present or former teachers. Among BU’s past and present graduates and faculty are MacArthur, Fulbright, and Truman Scholars, as well as members of the American Academy of Arts and Sciences and the National Academy of Sciences. Alexander Graham Bell, a BU professor, invented the telephone in a BU lab in 1876.

Boston University was placed 35th in the United States and 65th in the world by Newsweek (International Edition) on its list of the Top 100 Global Universities.

Boston University has an acceptance rate of  19%, which means that 2 out of 10 people that apply for admission are actually accepted.

The cost of tuition at Boston University is $58,072. Boston University is more expensive than the national average of $40,793 for tuition. Tuition and fees, generally known as the sticker price, are included in these statistics. Library services, student exercise facilities, student centers, technology resources, and campus health centers may all be covered by fees, which vary by university.

Consider the overall cost as well as the net price when comparing the costs of different institutions. The entire price includes the sticker price, housing and board, books and supplies, transportation, and personal expenditures. The entire cost at Boston University is $75,002. The net price is the average cost of a university after financial aid and scholarship money are deducted from the overall cost, which for a need-based student is $34,033.

At Boston University, the student-to-faculty ratio is 10:1, and 62 percent of classes have fewer than 20 pupils. Business Administration and Management, General; Communication and Media Studies; Economics, General; Psychology, General; and Computer Science are among the most popular majors at Boston University. The average freshman retention rate is 94 percent, which is a good sign of student satisfaction.

What is Boston University Known for?

Boston University is one of the top places in the world to further your education and earn a degree. It is well-known for its previous students (alumni), attractive surroundings, and excellent hockey team! Academic excellence is, of course, one of the things for which it is well-known.

Is it difficult to get into Boston University?

What GPA is needed for Boston University?

The average GPA to get into Boston is 3.0 or higher which is based on a 4.0 scale.

Does Boston University Require SAT for 2022?

The University has extended its test optional policy for another year, one year after widespread postponement of SAT and ACT testing led BU to make standardized tests optional for students applying for undergraduate admission for the autumn 2021 and spring 2022 semesters.

After considering Boston University, we now want to look at a few other top universities in Boston you can also apply to. Most of these schools are very selective in their admission and you might need good grades and some extra curricular to get in.

According to the USA rankings 2021, Harvard University is the greatest school in the United States. Harvard University, which was founded in 1636 and now has 23,731 students, is the country’s oldest institution of higher study. Harvard, like MIT, is located in Cambridge, yet it is close enough for students to cross the river to experience Boston’s culture and nightlife.

Despite having some of the highest tuition costs in the world, nearly 55% of Harvard University undergraduates get financial aid. A whopping 98 percent of Harvard undergraduate students choose to live on campus for the entire four years, indicating that the Harvard experience is extremely immersive.

The Massachusetts Institute of Technology (MIT) is the third finest institution in the United States, according to the most recent USA rankings, and is located on 168 acres of property in Cambridge, overlooking Boston across the Charles River. The overall number of students enrolled at MIT is little over 11,500, with 6,990 of them being postgraduates. The admissions process is extremely demanding, with just about 10% of applications being approved each year.

MIT is known for its emphasis on science and technology, as well as innovation and leadership. MIT, however, despite its name and primary focus areas, covers a wide range of topics. It has an internationally famous Sloan School of Management, and more over half of undergraduates take at least one arts course.

Tufts University is located in Somerville, Massachusetts, which is about five miles northwest of Boston. According to the USA rankings, the school is ranked joint 36th in the country this year. Tufts University has a student body of roughly 11,800, evenly split between undergraduate and graduate students.

The university is located just minutes from Davis Square, a major shopping, dining, and concert destination, as well as the Boston Museum of Bad Art. In downtown Boston’s Chinatown, there is also a second Tufts campus that is more conveniently located. The health sciences departments are housed on the Chinatown campus, which is conveniently located near the city’s theatre, finance, and commerce sectors, as well as the iconic swan boats at Boston Public Garden.

Northeastern University, ranked 49th in the United States, is one of the few universities in Boston with a main campus in the city center. Northeastern Institution is an urban university that is surrounded by trees and grassy areas. It is located near the Museum of Fine Arts and Symphony Hall. It also places a high emphasis on community service; since 2006, students have completed over one million hours of community service.

Boston College (BC) is a private research college located in Chestnut Hill, just south of Boston city, and is ranked equal 55th in the United States. It’s most famous for its collegiate gothic landscaping, the Chestnut Hill Reservoir, and a section of the Boston Marathon course. The city of Boston is easily accessible, and public transportation is an important part of the BC way of life.

The 130-acre suburban campus of Boston College fosters an inclusive community culture. Boston College adopted the word AHANA in 1979 to refer to African-American, Hispanic, Asian, and Native American students instead of the term “minority students.” In total, 14,890 students are enrolled at the college. It is extremely selective, with just 26% of applications being accepted.

With a present enrolment of little over 3,600 undergraduates, Brandeis University is one of the newest private academic universities in the United States, having been founded less than 70 years ago. The school sits nine miles west of Boston, on 235 acres of suburban land along the Charles River.

Despite its location outside of Boston’s city center, Brandeis has a shuttle bus that makes over 30 excursions into the city each week, making it easier for students to be active in the city’s culture. Brandeis University, ranked joint 62nd in the United States and home to the Rose Art Museum, has a strong liberal arts focus.

The University of Massachusetts, Boston is a gorgeous waterfront campus located just minutes from downtown Boston. In the most recent USA rankings, it is ranked joint 90th. This year, the school has over 16,300 pupils from 136 different nations enrolled. The University of Massachusetts, Boston (UMass Boston) is a public research university dedicated to urban and global involvement. Its research focuses on natural and social sciences, and the school got US$62 million (about £44 million) in research funding this year.

We have considered Boston University acceptance rate, tuition fees, aumni, admissions and other top universities situated in the city of Boston. Hope the information was helpful! If you need more information, do well to contact the school and request for it.