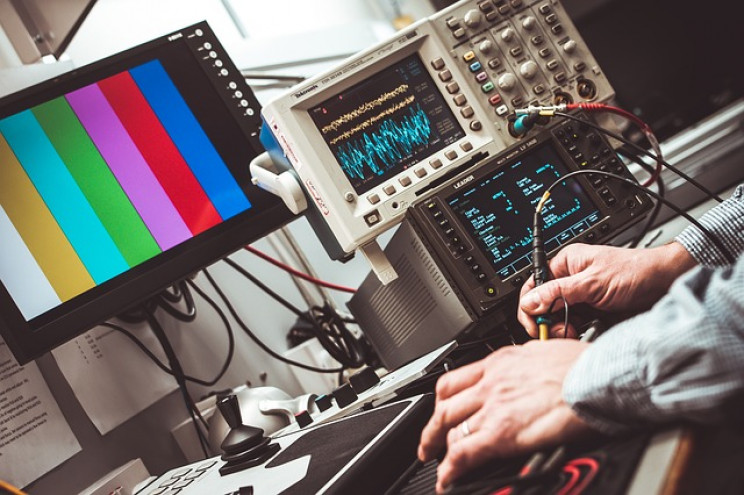 In this guide, we are going to consider some of the best software engineering schools that offer qualitative education at an affordable tuition fees. Software engineering is defined as the process of evaluating user needs, then designing, creating, and testing software to meet those requirements. People who specialize in this field are called software engineers.

Let us now look at some of the best software engineering schools in the United States and Europe.

Read also; List Of Aerospace Engineering Colleges In The World

The following are the best software engineering schools in the united states with their SAT score and tuition fees.

The College of Engineering, College of Fine Arts, Dietrich College of Humanities and Social Sciences, Mellon College of Science, Tepper School of Business, Heinz College of Information Systems and Public Policy, and the School of Computer Science are among the university’s seven colleges and independent schools. The university’s main campus is 3 miles (5 kilometers) from downtown Pittsburgh, and it has more than a dozen degree-granting locations on six continents, including campuses in Qatar and Silicon Valley.

The Georgia Institute of Technology, also known as Georgia Tech or just Tech in Georgia, is a public research university and technology institute in Atlanta, Georgia. It is a satellite campus of the University System of Georgia, with locations in Savannah, Georgia, Metz, France, Athlone, Ireland, Shenzhen, China, and Singapore.

The Georgia School of Technology was established in 1885 as part of Reconstruction aspirations to establish an industrial economy in the post-Civil War Southern United States. Initially, it exclusively offered a mechanical engineering degree. Electrical, civil, and chemical engineering were added to the curriculum in 1901.

The school’s name was changed in 1948 to reflect its transformation from a trade school to a larger, more capable technical institute and research university. Georgia Tech is now divided into six colleges, with approximately 31 departments/units focusing on science and technology. It is well-known for its computer science and engineering degree programs.

Wellesley College is a private women’s liberal arts college located in Wellesley, Massachusetts, USA. It is a member of the original Seven Sisters Institutions, an unofficial grouping of prestigious current and former women’s colleges in the northeastern United States, founded in 1870 by Henry and Pauline Durant as a female seminary. In 2019, Wellesley’s $2.2 billion endowment is the greatest among all women’s schools and the 49th largest among all colleges and universities in the United States.

Although it introduced a more transgender inclusive admissions policy in 2015, admissions are entirely restricted to women. The school’s Notable alumnae and affiliates include: Two US Secretaries of State; the first female presidential nominee from a major political party; notable academics, journalists, writers, politicians, diplomats, activists, businesspeople, filmmakers, and entertainers; and Emmy, Tony, Academy, and Peabody Award winners, as well as the Nobel Prize and Pulitzer Prize recipients.

New York University (NYU) is a New York City-based private research university. NYU was formed by a group of New Yorkers led by then-Secretary of the Treasury Albert Gallatin and was chartered by the New York State Legislature in 1831.

Admission at NYU is extremely competitive. From a pool of over 100,000 applicants, 12.8 percent were accepted into the undergraduate first-year class of 2025. NYU became the first private university in the United States to get more than 100,000 applications in 2021. For the class of 2025, the College of Arts and Sciences had a 7% acceptance rate while the Stern School of Business had a 5.6 percent acceptance rate.

The total enrollment for the class was around 6,500 people, representing 102 nations, all 50 US states, and the District of Columbia. The majority of students have an unweighted GPA of 3.7/A (90–95%) and are among the top 10% of their high school graduating class. 1540 out of 1600 was the median SAT score (within the 99th percentile). The New York campus has a student-to-faculty ratio of 9:1, which is lower than the Abu Dhabi and Shanghai campuses. Freshmen received nearly $35,000 in scholarships on average, while 20% of freshmen received Pell Grants.

Let’s now consider some of the best software engineering schools in Europe.

The following schools offer software engineering programs in Europe and their tuition fees range from 3000 to 15,000 Euro per per, apart from Germany, where their public schools are Tuition Free.

The IU International University of Applied Sciences is a private, state-accredited university of applied sciences in Germany.

IU Campus Studies, with a concentration on international management programs; IU Distance Learning; IU Part-Time; and IU Dual Study are the four autonomous departments/study styles that make up the institution, which was formed in 1998. In total, the university serves approximately 70.000 students.

IU Campus Studies offers an international focus on English-language lecture-based study programs. Bachelor, Master, and MBA programs in hospitality, event management, healthcare, transportation and logistics, IT and engineering, business and management, and human resources are available through the Campus Studies model at both the Bad Honnef and Berlin campuses.

In the sectors of tourism, health and social affairs, transportation and logistics, IT and technology, business and management, media and communication, and human resources, the Dual Study model comprises dual Bachelor and Master programs. Students can pursue academic studies while also gaining work experience at their partner company by switching between theory and practice on a regular basis.

The Distance Learning model provides German and English-language bachelor’s, master’s, and MBA distance-learning courses with specializations in a variety of industries and areas of responsibility. Module-by-module, full-time or part-time, digitally (via scripts, video lectures, and online tutorials) or with some classroom hours, all programs can be studied. Exams can be taken in one of more than 40 exam locations in Germany, Austria, and Switzerland, as well as at one of more than 150 foreign exam centers around the world or online.

The Estonian Entrepreneurship University of Applied Sciences  is a private vocational university in Tallinn, Estonia, based in the Ülemiste City business park. The institution, which was founded in 1992, offers authorized Bachelor’s and Master’s degrees in Estonian, English, and Russian in subjects like business administration, finance, and logistics, as well as software and game development. It has around 1,600 students, with roughly 100 of them being international students.

Since 2017, EUAS has been a part of an Estonian Ministry of Education and Research-funded nationwide cross-university entrepreneurship training initiative. The institution is particularly renowned for being the first in Estonia to provide an English-taught undergraduate degree program in Information Science, geared primarily at expats.

EUAS has been heavily involved in research on entrepreneurial education and applied higher education, despite being primarily a teaching institution.

Fontys University of Applied Sciences is a Dutch university of applied sciences with about 44,000 students spread across various sites in the Netherlands’ south. Fontys has three major campuses in the cities of Eindhoven, Tilburg, and Venlo. Fontys is derived from the Latin term “fons,” which meaning “source.” Fontys wishes to emphasize that it is a source of information for students.
In the areas of economics, technology, health care, social work, sports, and teacher training, Fontys offers 200 bachelor’s and master’s degree programs. A number of these programs are available in both German and English. Fontys is ranked as one of the best big universities of applied sciences in the Netherlands by the independent Dutch rating Keuzegids. Nienke Meijer, the former chairwoman of Fontys, was named “Most Influential Woman of the Netherlands” in 2014.

The Özok firm launched Cyprus Science University in 2013. It has been accredited by YK, Turkey’s Higher Education Council, and YDAK, Northern Cyprus’ Higher Education Planning, Evaluation, Accreditation, and Coordination Council, but not by any international certifying body. The Acting Rector is Ahmet Bülent Göksel.

The American University of Malta (AUM) is a private, American-style liberal arts college located in Cospicua, Malta. The educational institution’s opening was announced in May 2015, and the project’s original goal was to revitalize Malta’s south and provide an economic and social boost to the region. Dock 1 in Cospicua has been designated as the head campus since the concept was revealed, with additions planned for other sites in Cospicua and onqor, Marsaskala. On September 16, 2016, it became a legal entity.

While its main campus was undergoing extensive renovations, the AUM welcomed their first small cohort of students in September 2017. After the main campus repair was completed in January 2019, the AUM held their official inauguration ceremony in March of the same year.

In the disciplines of business, engineering, technology, and the arts, AUM offers ten undergraduate and three graduate degrees. The liberal arts education standard in the United States includes general and specialized education. The general one emphasizes a wide approach to study, whereas the specialized one is just a major with a more in-depth focus.

The schools listed in this article are the best software engineering schools in US and Europe. If you want to study in any of these schools, all you have to do is visit the school’s homepage and get information about their programs and admission process.