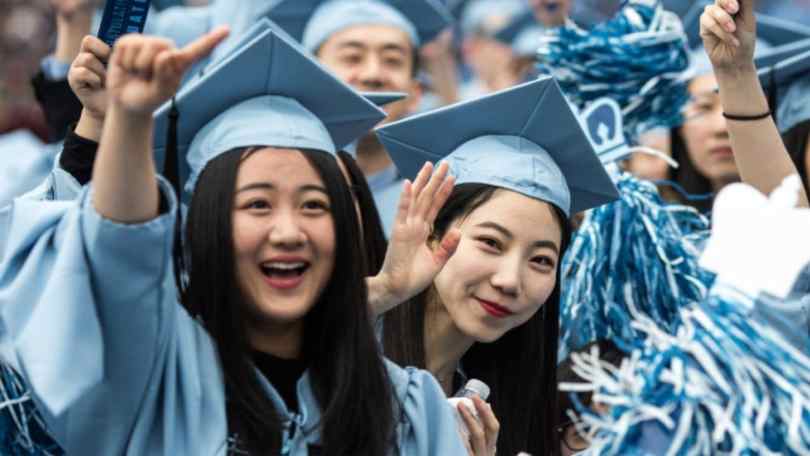 Universities in China are ranked among the best universities in the world especially in the areas of technology and IT. We are going to consider some top universities in China that offer qualitative education to students. As it is our custom, we will like to look at a brief overview of China, it’s location, bordering countries, benefits of studying there etc.

China, formally the People’s Republic of China, is a unitary one-party socialist republic in East Asia that is led by the Communist Party of China (CPC). With a population of over 1.4 billion people, it is the world’s most populated country.

Despite covering five geographical time zones and bordering 14 nations, China uses a single standard time offset of UTC+08:00, the second most of any country in the world behind Russia. It is the world’s third or fourth largest country, with a size of around 9.6 million square kilometers (3.7 million mi2). Beijing (the capital city), Tianjin, Shanghai (the largest city), and Chongqing, as well as two special administrative regions of Hong Kong and Macau, are officially divided into 23 provinces, five autonomous regions, and four direct-control municipalities.

Benefits Of Studying In China

Here are the top reasons international students choose to study in China over other countries:

China is one of the world’s safest countries. Beijing, for example, is one of China’s largest and busiest cities. Beijing, on the other hand, has almost no crime. There may be some drawbacks, as there are in other major cities, but if you’re cautious, you’ll be fine.

In comparison to the United States, Canada, the United Kingdom, and other European countries, the cost of studying in China is quite affordable. International students who choose to study in China are less burdened due to the assured level of excellent education. Many institutions and government-sponsored scholarships pay the entire cost of tuition or a portion of it. Some students don’t even pay their fees at all.

For most international students, attending a good university is a top priority. Whether you plan to enter the job market immediately after graduation or continue your education at the graduate or postgraduate level, the reputation of your previous institution is critical to your future objectives.

In China, the cost of living is relatively low. Even if you have a limited budget, you can save enough money to travel. If you live on campus, you may simply have to pay an accommodation charge (about $300 per month) and not have to pay for water, gas, or electricity, though these costs may be little (approximately $2 per month).

You have nothing to complain about if you get a more Western salary. Of course, it depends on your spending habits, but you might theoretically save half your paycheck.

Only China can provide true, authentic Chinese cuisine. Chinese takeaways in your nation are not the same as those in China. Beijing duck, noodles, and hundreds of different vegetable and meat dishes that are sweet, spicy, cold or warm, and spicy. Everything is available in China.

Even though Chinese is not the easiest language to learn, it is not impossible to learn it. Chinese is one of the world’s most widely spoken languages, and it looks well on a resume when applying for jobs. Depending on the field in which you plan to work, It improves your chances of landing a job.

Tsinghua University, ranked 15th in the world and first in the Mainland China Ranking in 2019, is located in Beijing, China’s capital, and is a member of the exclusive C9 League. Tsinghua University, founded in 1911, today has a student body of slightly over 46,000, with almost 2,700 international students.

Peking University, a famous research university in China’s C9 League, is a constant contender among the country’s top universities. Peking University, which was founded in 1898 and is located in Beijing, accepts a large number of overseas students each year and has had a collaboration with Germany’s Freie Universität Berlin since 1981. Peking University’s campus grounds are known for its traditional Chinese architecture, in addition to its outstanding academic offerings.

Peking University is ranked 23rd in the world and second in China, and it is among the top 20 universities in the world in several of the 48 areas covered by the subject rankings, including chemistry, dentistry, modern languages, linguistics, materials sciences, and others.

Fudan University is China’s third-best university, according to both the World University Rankings (34th) and the Mainland China Rankings. It is situated across four campuses in Shanghai, one of the country’s main financial and commerce hubs. Fudan University, another member of the C9 league and now rated sixth in Asia, has slightly under 32,000 students and is considered as one of China’s most selective colleges.

Fudan University is ranked among the top 50 universities in the world in 30 subjects in 2018, with modern languages, chemistry, business & management, materials sciences, and politics ranking within the top 50.

Zhejiang Institution is a C9 League member and a public research university in Zhejiang, China. It is located in Hangzhou, Zhejiang Province’s capital. Zhejiang University was founded in 1897 and is one of China’s oldest, most selective, and famous universities. More than 140 undergraduate and graduate programs are offered through the university’s 37 colleges, institutions, and divisions.

53 members of the Chinese Academy of Sciences and Engineering, 15 Liberal Arts and Humanities Senior Professors, 164 Chang Jiang Scholars, and 154 recipients of the National Science Fund for Distinguished Young Scholars are among the approximately 4,000 academic members.

University of Science and Technology of China (USTC)

The University of Science and Technology of China (USTC), a public research university in Hefei, Anhui, China (CAS). It is a member of China’s C9 League, which is comparable to the Ivy League in the United States. It is also a Class A Double First Class University according to the Chinese Ministry of Education. The CAS was founded in Beijing in September 1958 and relocated to Hefei in the early 1970s during the Cultural Revolution.

In terms of research output, the university is ranked No. 1 in China, Asia, and Oceania, and No. 4 in the globe among global universities, according to the Nature Index 2020. (after Harvard, Stanford, and MIT). USTC is frequently referred to as “China’s Caltech” due to its overwhelming leading position and reputation in Science and Engineering research.

It was founded in 1902 as Sanjiang Normal School and changed its name several times before being renamed Nanjing University in 1950. In 1952, it joined with Nanking University.

These are the top ranked best universities in China according to the latest university rankings. If you want to study in any of these universities, do well to contact them and get more information.