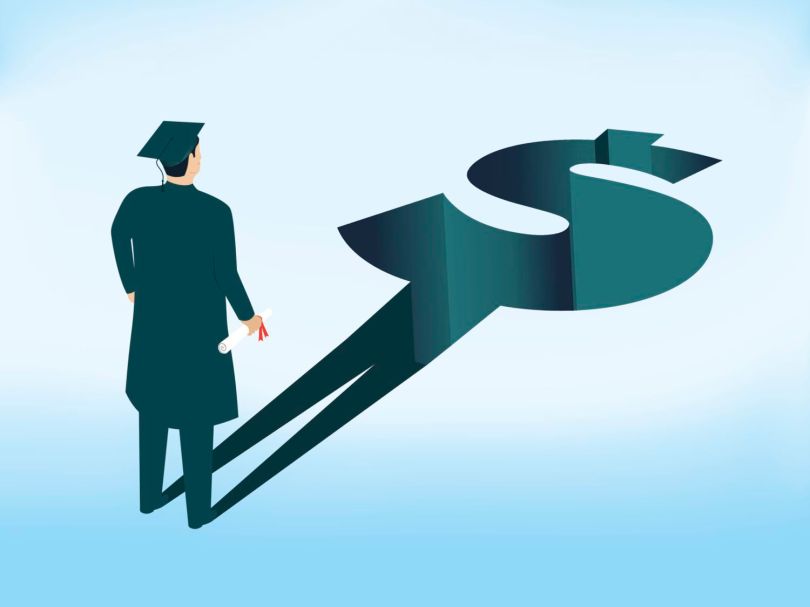 If you’re considering dropping out right now, there are a lot of things you need to think about, especially when it comes to how that will impact your future. There are a lot of reasons that people might feel the desire to drop out, but there are many reasons you should reconsider if you’re currently thinking about it. Here are five of the most significant impacts that dropping out may have on your finances.

1. The Length of Time It Will Take You to Pay Off Your Debt

You might think that because you’re dropping out early, you’ll be able to pay off your debt more quickly. However, in practice, the opposite is often true. According to the United States Department of Education, 12 years after starting school, a graduate student still has 58% of their loan left on average. This might sound like a very high number, but at this point, college graduates have a whopping 84% left on average.  While it will often take a graduate around 20 years to pay off their loans, it will typically take a dropout around 34 years.

2. Your Likely Salary on Average

3. The Amount of Interest You Pay

It might surprise you to learn that you’re likely to pay more interest when you drop out as opposed to when you graduate. Those who make more money from graduating are more likely to make higher-than-minimum payments, which minimizes the amount of interest you pay. Using common numbers, a graduate will pay $11,944 in interest on average, while someone who drops out after two years will pay $13,635 in interest.

4. Your Ability to Get Refinancing

Refinancing can be one of the best ways to reduce the amount that you pay in interest overall. For example, if you’re a college dropout, refinancing your loan from 4.66% to 3.66% could lower your payments and end up costing you $3,355 less. However, refinancing options for college dropouts can be much more difficult to get and much less expansive than options for graduates. Graduating can actually make it more likely to snag a refinancing deal.

Financially, dropping out just isn’t a good idea. If you’re worried that you might have to drop out because of issues with your actual education, don’t worry; there are plenty of online resources that can help you fix this problem. Browse around and find online resources that can help you make the most of your studying time so you don’t have to drop out and face these financial setbacks.