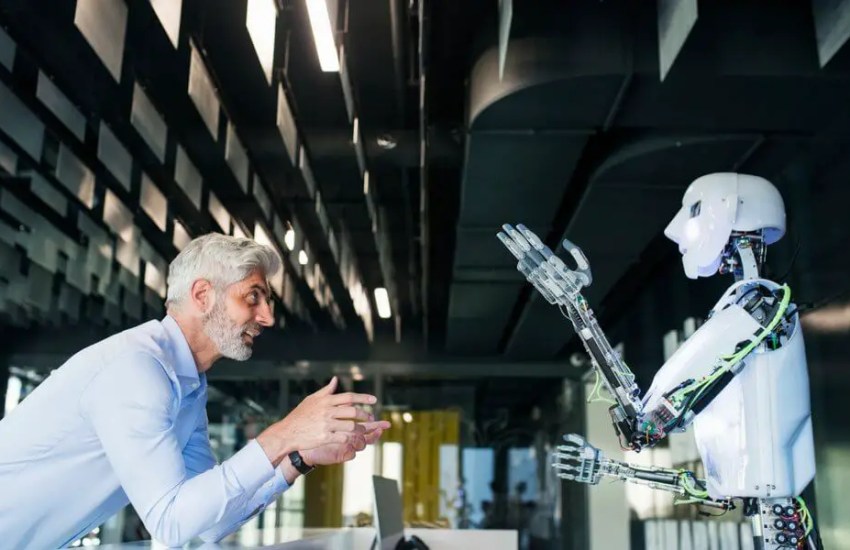 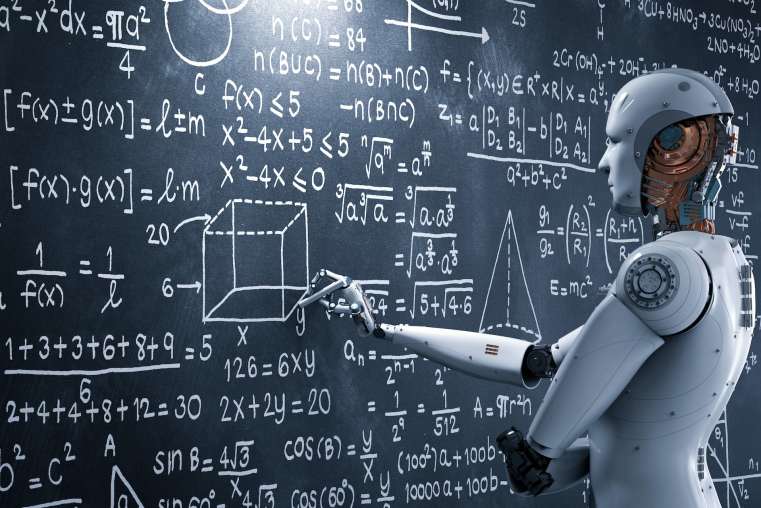 Our focus today will be on the list of best artificial intelligence schools with affordable tuition fees for in-state and out-state students.

AI engineers focus on creating, programming, and training the complex networks of algorithms that make up AI so that they can mimic the functions of the human brain. This position necessitates a mix of software development, programming, data science, and data engineering skills.

Despite the fact that this is a data engineering job, Artificial Intelligence engineers are rarely called upon to design the code that allows for scalable data sharing. Instead, AI developers gather data from a number of sources, generate, develop, and test machine learning models, and then build and implement AI applications using application program interface (API) calls or embedded code.

Let’s look at some top artificial intelligence schools with their tuition fees for in-state and out-state students.

In 1866, it was designated as a land-grant university. Four National Historic Landmarks are located on the 933-acre (378 hectare) main campus, which is located on the shores of Lake Mendota. The university also owns and administers a 1,200-acre (486 ha) National Historic Landmark arboretum, which was founded in 1932 and is located 4 miles (6.4 km) south of the main campus.

The University of Wisconsin–Madison has about 20 schools and colleges, with 30,361 undergraduate and 14,052 graduate students enrolled in 2018. There are 136 undergraduate majors, 148 master’s degree programs, and 120 doctoral degree programs available. With nearly 21,600 academics and staff, the institution is the largest employer in Wisconsin, contributing significantly to the state’s economy.

The California Institute of Technology (Caltech) is a private research institution. The university is well-known for its strengths in science and engineering, and it is one of just a few institutes of technology in the United States dedicated solely to the teaching of pure and applied sciences.

Caltech was founded in 1891 as a preparatory and vocational school by Amos G. Throop, and in the early twentieth century, it began to attract renowned scientists like as George Ellery Hale, Arthur Amos Noyes, and Robert Andrews Millikan. In 1910, the vocational and preparatory schools were dismantled and sold off, and the college was renamed in 1920. Caltech was admitted to the Association of American Universities in 1934, and Theodore von Kármán developed the precursors of NASA’s Jet Propulsion Laboratory, which Caltech continues to administer and operate.

Carnegie Mellon University (CMU) is a Pittsburgh, Pennsylvania-based private research university. The Carnegie Institute of Technology and the Mellon Institute of Industrial Research merged to form the university in 1900.

The College of Engineering, College of Fine Arts, Dietrich College of Humanities and Social Sciences, Mellon College of Science, Tepper School of Business, Heinz College of Information Systems and Public Policy, and the School of Computer Science are among the university’s seven colleges and independent schools. The university’s main campus is 3 miles (5 kilometers) from downtown Pittsburgh, and it has more than a dozen degree-granting locations on six continents, including campuses in Qatar and Silicon Valley.

The Massachusetts Institute of Technology (MIT) is a Cambridge, Massachusetts-based private land-grant research institution. Since its founding in 1861, MIT has played a pivotal role (MIT150) in the advancement of contemporary technology and science, placing it among the world’s most prestigious academic institutions.

MIT was founded in reaction to the United States’ expanding industrialization, and it followed the European polytechnic university model, emphasizing laboratory training in applied science and engineering. The MIT Lincoln Laboratory, the Bates Center, and the Haystack Observatory, as well as related laboratories such as the Broad and Whitehead Institutes, are all located on the institute’s urban campus, which stretches for more than a mile (1.6 km) along the Charles River.

Stanford University is a private research university in Stanford, California, officially known as Leland Stanford Junior University. The campus is one of the largest in the United States, with 8,180 acres and nearly 17,000 students. Academic publications rank Stanford as one of the greatest universities in the world.

Stanford was established in 1885 by Leland and Jane Stanford in honor of their only child, Leland Stanford Jr., who died of typhoid disease at the age of 15 the year before. Leland Stanford was a railroad magnate who became a U.S. senator and former governor of California. On October 1, 1891, the school opened its doors to its first pupils as a coeducational, nondenominational institution.

Stanford University struggled financially after the death of Leland Stanford in 1893, and again after the 1906 San Francisco earthquake wrecked much of the campus. Following WWII, dean Frederick Terman encouraged teachers and graduates to pursue entrepreneurial endeavors in order to create self-sustaining local industries in what would become known as Silicon Valley.

If you are planning to pursue a career in Artificial Intelligence, these are the career opportunities waiting for your you:

A Big Data Engineer’s job is to build an ecosystem that allows business systems to communicate effectively. Their major responsibility is to create and successfully manage an organization’s big data. They must also perform the task of obtaining results from huge data in a reliable manner.

When compared to other AI positions, becoming a big data engineer will pay well. A big data engineer in Spark and Hadoop systems is responsible for preparing, maintaining, and building a big data environment. The position is ideal for those who want to experiment with new technical tools and can think outside of the relational database box.

Programming languages such as Python, R, and Java are important for a big data engineer’s AI job. SQL and Apache Spark skills will increase your chances of landing a relevant job opportunity. Aspirants should have a good understanding of data migration, data visualization, and data mining.

Applicants with a PhD in Computer Science or Mathematics are given higher consideration. It is self-evident that being a Big Data Engineer can help one advance in their AI profession.

A Business Intelligence Developer’s key task is to consider business acumen as well as AI. They identify various business trends by analyzing large data sets. They assist in increasing a company’s earnings by preparing, developing, and nurturing business intelligence solutions.

They address two important variables in development: business profitability and efficiency. They also aid in the optimization of various processes and workflows throughout the firm. Their expectations have risen in recent months as a result of their ability to cope with complex data on cloud-based platforms.

This post is open to anyone who is familiar with computer programming and data sets. A formal bachelor’s degree in computer science, mathematics, or engineering can help you get work. The applicants’ problem-solving skills and analytical talents should be excellent.

This professional path necessitates a thorough understanding of SQL servers and queries, as well as data warehouse design. The job also pays well, and their demand isn’t going away anytime soon.

Data scientists help in the collection of relevant data from a variety of sources in order to analyse it and make useful inferences. The conclusions reached are useful in dealing with a variety of business difficulties. Data scientists create numerous predictions based on various data patterns, past and present knowledge.

A data scientist has a favorable impact on the company’s success. In order to pursue this career path, job seekers must be familiar with current tools such as Spark, Hadoop, Pig, or Hive. The candidate should be familiar with programming languages such as Python, Scala, and SQL.

A master’s degree in Mathematics or Computer Science is required in terms of education. Any advanced degree will very certainly improve your chances of landing the job. It is required that you have significant machine learning experience.

Data scientists must be able to communicate effectively with managers in order to interact with them. Their analytical skills should be exceptional. Many large technology companies require data scientists to perform critical jobs for the company’s growth. As a result, a job in AI opens the door to becoming a Data Scientist.

Machine learning engineers are responsible for developing and maintaining self-running software that aids in the implementation of machine learning projects. Companies are always looking for them, and their positions are rarely empty. They work with large amounts of data and have exceptional data management skills.

It is preferable to have a master’s degree in mathematics or computer science. The required technological stacks are Python, R, Scala, and Java. It is extremely beneficial to have a thorough understanding of machine learning techniques, neural networks, and deep learning.

You’ll have an advantage if you’re familiar with software development tools, cloud applications, and have excellent coding abilities. You can also improve your skills by taking upGrad’s top-notch AI and ML courses.

An AI data analyst draws inferences from the data with the use of statistical tools and procedures. A bachelor’s degree in mathematics or computer science is required to work as an AI data analyst.

To be considered for this role, you must have a thorough understanding of regression and be able to use MS Excel. An AI data analyst’s remuneration is quite cheap when compared to other AI jobs. The demand for AI data analysts is rather consistent, but their future is uncertain.

AI engineers are problem solvers who create, test, and implement various Artificial Intelligence models. They are capable of managing AI infrastructure. To create viable AI models, they use machine learning techniques and a thorough understanding of neural networks. These models can provide business insights, allowing a corporation to make more effective business decisions. Data science, computer science, or statistics degrees (undergraduate or postgraduate) are required. Any form of qualification in machine learning or data science is a plus.

Programming skills in languages like Python, R, or C++ are required. Applicants should have a thorough understanding of statistics, natural language processing, applied mathematics, and analytics. Because of the increasing need for AI engineers, the compensation range is quite good.

This is where we want to end this article on Top Artificial Intelligence Schools. Hope you enjoyed reading it. Feel free to contact any of the schools listed in this article and request mor information about the AI program.