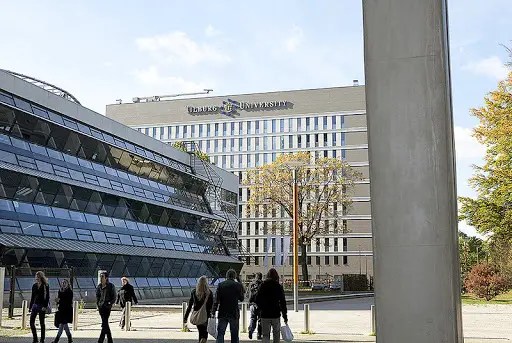 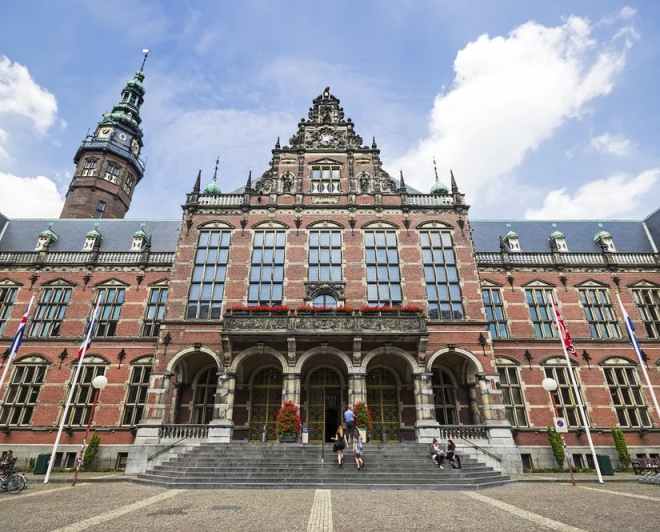 The universities below are the best in Netherlands at the moment. Their tuition fees usually ranges from 8000 to 15,000 Euro per year for international students while EU students pay a lesser fee.

Wageningen University & Research is a public university in Wageningen, the Netherlands, that focuses on technical and engineering topics and is a major center for life science and agricultural research. It is situated in the Food Valley region of the Netherlands.

WUR is made up of Wageningen University and the former Dutch Ministry of Agriculture’s agricultural research institute. Wageningen University educates life and social science specialists (BSc, MSc, and PhD) and conducts research on scientific, social, and commercial issues in the field of life sciences and natural resources. Agriculture, forestry, and environmental studies programs are well-known. Around 12,000 students from over 100 nations attend the university. It is also a part of the university network Euroleague for Life Sciences (ELLS).

Four main rating tables have ranked WUR among the top 150 institutions in the world. For fifteen years in a row, Wageningen has been voted the best university in the Netherlands. The university is ranked 59th in the world by the Times Higher Education Rankings, while the QS World University Rankings 2016–2020 lists it as the best in agriculture and forestry in the world. U.S. News & World Report has Wageningen University placed first in the disciplines of plant/animal science, environment/ecology, and agricultural sciences. News & World Report is a news organization based in the United States. The university is largely considered to be the best agricultural research institution in the world.

With 31,186 students, 4,794 employees, 1,340 PhD students, and a €600 million annual budget, it is one of Europe’s major research universities. In terms of enrollment, it is the largest university in the Netherlands. The main campus is in the heart of Amsterdam, with a few faculties in other municipalities. Humanities, Social and Behavioural Sciences, Economics and Business, Science, Law, Medicine, and Dentistry are the seven faculties that make up the institution.

Six Nobel Laureates and five Dutch Prime Ministers have come from the University of Amsterdam. Five major rating tables have ranked the university among the top 100 universities in the world. In 2022, it was ranked 55th in the world, 14th in Europe, and first in the Netherlands by the QS World University Rankings. In the 2011 QS World University Rankings, the UvA was ranked in the top 50 worldwide in seven fields: languages, sociology, philosophy, geography, science, Economics and econometrics, and accounting and finance. The two departments of Media and Communication were consistently ranked first in the world by subject by QS Ranking in 2018 and 2019.

Leiden University is a Dutch public research university located in the city of Leiden. It is the oldest institution of higher education in the Netherlands, having been founded in 1575 by William, Prince of Orange as a prize to the town of Leiden for its fight against Spanish raids during the Eighty Years’ War.

The university houses more than 40 national and international research institutes and has seven academic faculties and over fifty topic departments. Its historic main campus is made up of buildings distributed around Leiden’s college town, while a second campus in The Hague holds a liberal arts college and several of the university’s faculties. It is a founding member of the League of European Research Universities, as well as the Coimbra Group and the Europaeum.

Read also: List Of Aerospace Engineering Colleges In The World

Erasmus Medical Facility is the Netherlands’ largest and most prestigious academic medical center and trauma center, and its economics and business schools, Erasmus School of Economics and Rotterdam School of Management, are well-known throughout Europe and beyond. Erasmus University Rotterdam is now ranked among the top 100 universities in the world by five major ranking organizations. The university was ranked 69th in the world by Times Higher Education in 2017, with business and economics ranked 17th and clinical health ranked 42nd, while the Financial Times ranked it among the top ten business schools in Europe.

Delft University of Technology (TU Delft) is the oldest and largest public technical university in the Netherlands. It is consistently recognized as one of the best universities in the Netherlands, and as of 2020, it is placed among the top 15 engineering and technology universities in the world by QS World University Rankings. It has around 26,000 students (undergraduate and postgraduate) and 6,000 personnel across eight faculties and numerous research institutes (teaching, research, support and management staff).

According to the Academic Ranking of World Universities (ARWU), the university was placed 65th in the world in 2019. The University of Groningen was chosen the top university in the Netherlands for the third time in a row in April 2013, according to the results of the International Student Barometer.

There are eleven faculties, nine graduate schools, 27 research centers and institutes, and over 175 degree programs at the University of Groningen. Johann Bernoulli, Aletta Jacobs, four Nobel Prize winners, nine Spinoza Prize winners, one Stevin Prize winner, nobility, multiple mayors, the first president of the European Central Bank, and a NATO secretary general are among the university’s graduates and teachers.

The Vrije Universiteit Amsterdam (VU or VU Amsterdam) is a public research university in Amsterdam, Netherlands, that was founded in 1880 and is frequently ranked among the world’s top 150 institutions by major ranking tables. The VU is one of the city’s two big, publicly financed research universities, with the University of Amsterdam being the other (UvA). “Free University” is the literal translation of the Dutch term Vrije Universiteit. The term “free” refers to the university’s autonomy from both the state and the Dutch Reformed Church.

The university is referred to as “the VU” both inside and outside the university. Since 1970, the VU has received government funding on a parity basis with public universities, despite being formed as a private university. The institution is situated on a small urban campus in Amsterdam’s southern Buitenveldert neighborhood, close to the new Zuidas business sector.

Maastricht University is a Dutch public research university located in Maastricht. It is the second-youngest of the thirteen Dutch universities, having been founded in 1976.

In 2020, Maastricht University had 21,085 students, 55 percent of them were international students, and nearly 4,000 workers. Approximately half of the bachelor’s programs are taught entirely or partially in English, while the other half is taught entirely or partially in Dutch. The majority of master’s and doctorate programs are offered in English. Maastricht University also offers an honours liberal arts college, University College Maastricht, as well as a Maastricht Science Programme in the same liberal arts tradition.

According to the Financial Times, Maastricht University’s master’s degree in International Business is ranked 25, making it one of the top 25 business programs in the world. Maastricht University was the second Dutch university to be awarded the Accreditation Organisation of the Netherlands and Flanders’ ‘Distinctive Quality Feature for Internationalisation’ in 2013. (NVAO).

Radboud University in Nijmegen, the Netherlands, is a public research university. Saint Radboud, a 9th century Dutch bishop famed for his brilliance and assistance of the poor, is where the university got it’s name from.

Radboud University was founded in 1923 and has constantly been ranked among the top 150 universities in the world by four major university rating tables. In the Shanghai Academic Ranking of World Universities for 2020, it is ranked 105th. RU is well-known for its excellent research output on a global scale. In 2019, 447 PhD degrees were given, and 7.571 scientific articles were published. Radboud University joined the Guild of European Research-Intensive Universities in 2016 to further the international flow of academic information.

The campus, which is set on a grassy campus in Nijmegen’s southern Heyendaal neighborhood, comprises of seven faculties that educate and perform research in the arts, law, management, medical sciences, social sciences, and theology, philosophy, and religious studies. The Max Plank Institute for Psycholinguistics, a world-class research center dedicated to the understanding of human language and communication, is also located on the campus.

At  the moment, the universities above are the top ranked universities in Netherlands that offer qualitative education at an affordable tuition fees. Like I said at the onset, tuition fees in these schools usually range from 8000 to 15,000 Euro per year for international students. Kindly contact the university and get a program specific tuition fees and other information.